We're excited to announce the release for You Can't Get Blood Out of Shag Carpet by Juliette Harper! This is the first book in A Study Club Mystery series and it's now available for sale on Amazon and Smashwords for only .99 cents!

Yes, the day has arrived. My first cozy mystery, You Can’t Get Blood Out of Shag Carpet, is now available in ebook form for 99 cents. If you’ve read the third book in The Lockwood Legacy, you’ve already met the main characters in this story.

When I wrote Alice’s Portrait these women absolutely demanded page time of their own. I confess, this book is a homage to a group of ladies who helped raise me. My Mother was a member of the Daedalian Study Club in Junction, Texas. I can’t actually tell you what a “Daedalian” is, and since my father consistently referred to them as the Dandelions, I have some difficulty to this day getting the name right.

While they may not have been as flamboyant as the women in Shag Carpet, they were all larger than life and had no concept of the need to be liberated since they were perfectly in charge in the confines of their own world. In a small West Texas ranching community, it’s difficult to “oppress” a woman who’s a better shot with a 30-30 than any man in her life.

These are the kind of women who help pull a kid goat during a difficult labor at 4 o’clock, have supper on the table at 6 o’clock, and show up for the Saturday night dance dressed to the nines at 8 o’clock. I loved and admired them all and I was scared to death of them.

The Study Club Mysteries is my droll look at the eccentricities of small town life, especially in the 1960s, which is a decade that colors my childhood memories.

As you know, I am actually two people and clearly these experiences are drawn from one half of me, but the other half recognized, appreciated, and polished the humor. This book is an absolute labor of love and was more fun to write than I can possibly describe. And if you think this one is funny, wait until you get to read the next one, You Can’t Put a Corpse in a Parade! 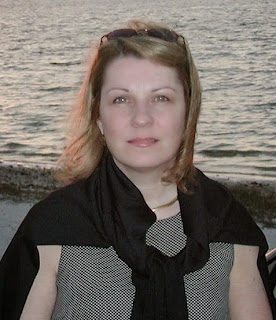