The Unraveling by Laurel Wanrow Cover Reveal and Giveaway 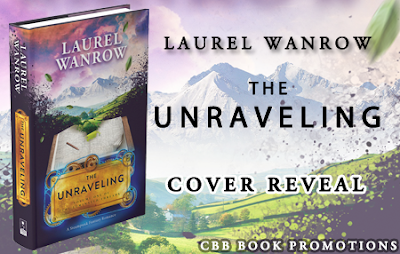 Welcome to the cover reveal for The Unraveling, Volume One of The Luminated Threads by Laurel Wanrow! This is a steampunk fantasy romance with new adult-aged characters and themes. The Unraveling ebook is on preorder for a special preorder price of only .99 cents from Amazon! A print paperback edition also features this beautiful cover artwork by the talented Craig Shields, www.craigshields.co.uk.
The Unraveling releases June 23, 2015. 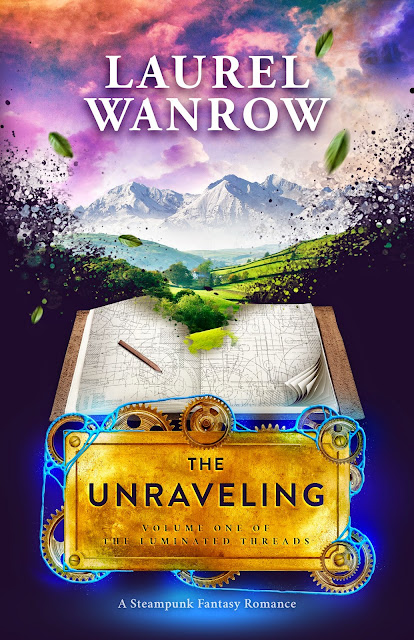 In 1868 England, the competition to control agriculture is fierce…

…and nobody says no to Derby’s industrial magnate.

Except Annmar Masterson. The nineteen-year-old rejects his improper advances and instead takes an advertising position on a farm. She discovers the isolated valley is home to gifted species—including animal and plant shifters—who hide their lives from the rest of England. The blue threads only she sees on their clockwork machinery prove her heritage is rooted with theirs, but their world is so different that Annmar doesn't know if she'll ever belong.

Shapeshifter Daeryn Darkcoat blames himself for the death of his mate and swears he won't be responsible for another pack. But when the farm he loves falls victim to an endless run of strange pests eating the crops, he joins the hunt, taking charge of an unruly team of predator shifters. In the midst of the battle, Annmar stirs feelings he can’t resist.

As Annmar becomes entangled in the fight against the pests, and with Daeryn, she discovers her magic might help…if she can learn to use it properly. If not, she’ll be forced to leave the people she has come to care for and become what she fears most: nothing more than another cog in the magnate’s gears.

THE UNRAVELING is a full-length novel, approximately 350 pages, for readers 18+ (new adult and older).

Please note: This is volume 1 of a three-part serialized novel. Volumes 2 & 3 will be published in 2015 to complete THE LUMINATED THREADS, a steampunk fantasy romance. To be notified of these releases, sign up for Laurel's Newsletter.

Preorder from Amazon for the special price of only .99 cents!

About the Author:
Laurel Wanrow loves misty mornings, the smell of freshly dug earth, petting long-haired guinea pigs and staring at the stars. She sees magic in nature and loves to photograph it.
Before kids, she studied and worked as a naturalist—someone who leads wildflower and other nature walks. During a stint of homeschooling, she turned her writing skills to fiction to share her love of the land, magical characters and fantastical settings.
When not living in her fantasy worlds, Laurel camps, hunts fossils and argues with her husband and two new adult kids over whose turn it is to clean house. Though they live on the East Coast, a cherished family cabin in the Colorado Rockies holds Laurel’s heart.
Visit her online at www.laurelwanrow.com.
To be notified of new releases: Laurel's Newsletter

One (1) winner gets a $10 Amazon gift card, and two (2) winners get paperbacks of The Unraveling by Laurel Wanrow (US/CA/UK)
Ends June 10, 2015
a Rafflecopter giveaway
This event was organized by CBB Book Promotions.