No Substitute for Myth by Carolyn Rose Release Event and Giveaway 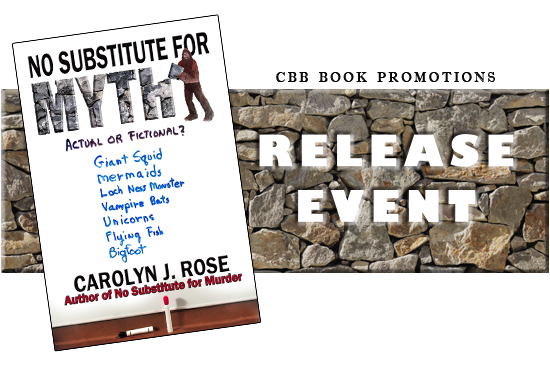 Welcome to the release event for No Substitute for Myth by Carolyn J. Rose. This is the fourth book in the Subbing isn't for Sissies series and is now available for sale! This is a cozy mystery series and the first three books are only .99 cents!

Is Bigfoot prowling around Reckless River , Washington ? Has Sasquatch come to the city?

Barbara Reed doesn’t know if she believes the legendary creature exists, but evidence is stacking up. Something big is scavenging for food in city parks. Something tall and heavy left footprints across a dirt parking lot. And something huge and hairy careened into her one night on the riverfront trail.

Did that same creature kill a man and drag his body into a swamp? Or was the killer human? Will justice be undermined by media frenzy, a tide of tourism, and hundreds of hunters?

With help from the usual suspects, Barb, her drug-cop boyfriend, her pearl-powered wealthy neighbor, and Cheese Puff, her less-than-loyal dog, set out to solve a mystery, catch a murderer, and bust a few myths along the way.

Don't miss out on the first three books, only .99 cents! 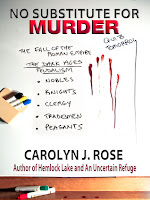 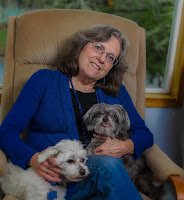 Carolyn J. Rose grew up in New York’s Catskill Mountains, graduated from the University of Arizona, logged two years in Arkansas with Volunteers in Service to America, and spent 25 years as a television news researcher, writer, producer, and assignment editor in Arkansas, New Mexico, Oregon, and Washington. She lives in Vancouver, Washington, and her interests are reading, gardening, swimming, and NOT cooking. Find out more about her and her books at http://www.deadlyduomysteries.com