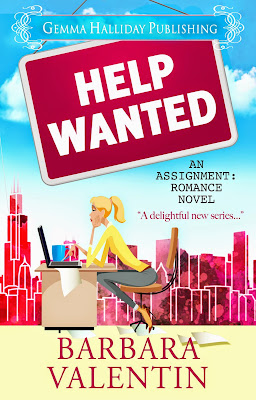 When Claire Nelson decided that her happily-ever-after lay not in marriage but in a spot on the New York Times bestseller list, she vowed never to tie the knot. But that was before she met Paul Mendez, handsome and charming enough to have her breaking said vow and marrying him shortly after college.

Almost fifteen years and four sons later, Claire is now a burned out breadwinner ready to ditch her quest for happily-ever-after, and Paul has traded his dream of chairing corporate board meetings for volunteering at PTA meetings as a stay-at-home dad. Feeling trapped in a demanding job, Claire's repeated attempts to get Paul to return to work fall flat. Contemplating divorce, she drafts a letter to the Plate Spinner, a popular advice columnist, asking for help. But when the reply contains an offer that may just put her bestselling author dreams back on track, Claire's only question is: will Paul be on board? Or does her charming husband make a surprise move of his own?

"Dear Plate Spinner—I need your help."
After reading the plea out loud, Mattie Ross, the Chicago Gazette's reluctant advice columnist and marathon-runner-in-training, cringed.
Another letter from a frazzled working mother, seeking direction and hope— commodities she herself was in dire need of ever since her coach walked out on her, taking her heart with him.
Nick.
Her heart squeezed in her chest and she closed her eyes. After hiding behind the same I'm married with kids lie she her perpetuated with her publisher and readers for the eight months he had spent training her, she could hardly blame him for being upset.
With a heavy sigh, she texted her editor, Dianne Devane. Any openings in Metro yet?
Almost before she hit Send, she got her response. Sit tight, sweetie. I'm working on it.
Emitting a quick growl, Mattie turned her attention back to her computer screen and skimmed the brief account of the weary woman's conundrum.
"The salary of my demanding, soul-sucking job is holding me hostage. I haven't had a vacation in over five years (maternity leaves do not count). I see my kids so infrequently, that if I don't keep their pictures on my desk current, I tend not to recognize them in passing (their resemblance truly is jarring). Any friends I have left have given up hope of ever seeing me in person again, especially when I had to cancel my appearance at an intervention they were staging on my behalf, because I had to meet an absolutely critical deadline. As it is, I'm spread so thin, I make plastic wrap look opaque. My only hope is to convince my husband, a stay-at-home dad to our boys, to return to the corporate world. Chances of this happening, though, are slim to none—especially after he machine-washed yet another one of my dry-clean- only sweaters, and I leveled him with a 'does not meet expectations' on his most recent performance review (I mean, seriously—can you blame me?).
Needless to say, it did not go over well. He has since relocated to the man cave-slash-office down the hall and has barely spoken to me since.
So, tell me. Should I force his hand and quit my job, or file for divorce and offer him a job as a live-in nanny (because he looks a hell of a lot better in an apron than I do)?"
It was signed "Burned Out Breadwinner."
Mattie didn't know whether to send the writer a list of local marriage counselors or encourage her to pursue a career as a stand-up comedian. Staring at the ceiling above her cubicle for a moment, the advice columnist tried to think of a fitting response.

Barbara is an award-winning, best-selling novelist. A member of RWA's Windy City chapter, she still dreams of the day when her to-do list includes "Accept Godiva's request to be a taste-tester." False Start, the first book in her Assignment: Romance series, was published in 2014 (Gemma Halliday Publishing).