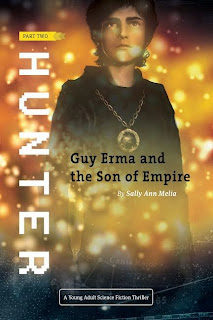 13-year-old Teodor was taken by the vicious Battle Borgs of Dome and now he must fight to survive.

13-year-old Guy Erma has been offered a chance to fight for his place in the Dome Elite. Only who will be his opponent? Will he face a Battle Borg of Dome?

Once they were heroes. These men died as heroes in battle. Now they have been reincarnated as the fearsome vanguard of the Dome Elite. They are the Battle Borgs of Dome

Two boys as different as any two boys might be. They face the same enemy, the same danger, the same fear -dare they trust each other? 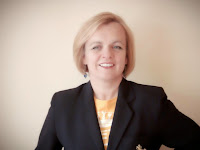 I just finished reading "Hunter" Part Two in the "Guy Erma and the Son of Empire" series by Sally Ann Media and I liked it as much as Part One "Kidnap". In Part Two we see more of what is happening to the boys. Guy Erma has been given a chance to join the Dome Elite but he has to fight for it. While Teodor has to fight in order to live after he has been taken prisoner by Battle Borgs. Battle Bogs are horrible , who stop at nothing.  Teodor and Guy Erma are both boys, both are the same age , yet, so very different. They are both 13 years old and are fighting to live in 2 different ways. They are fighting the same enemy.

Will they learn to get along? This novel also has 4 illustrations that are really great. The thrills just keep on coming. Will they be able to survive and start to help each other? I think that this is a great science fiction, fantasy story that all will like to read not just young adults.  I am waiting to be able to read the next part called "Exile". I give this book a 5/5. I was given this book for the purpose of a  review and all opinions are my own.