TWO PRINCES: The Biker and the Billionaire by Victoria Danann

Synopsis: Brigid Roan is a graduate student at the University of Texas. She had no trouble getting her thesis approved, but finding a Hill Country motorcycle club willing to give her access to their lifestyle had started to seem impossible. Then she got a lead. A friend of a friend had a cousin with ties to The Sons of Sanctuary. What she wanted was information to prove a proposition. What she didn’t want was to fall for one of the members of the club. Especially since she had set out to prove that motorcycle clubs are organized according to the same structure as primitive tribal society. Brash Fornight was standing in line at the H.E.B. Market when his world tipped on its axis. While waiting his turn to check out, his gaze had wandered to the magazine display and settled on the new issue of “NOW”. The image on the cover, although GQ’d up in an insanely urbane way, was… him. After reading the article, Brash threw some stuff in a duffle and left his club, The Sons of Sanctuary, with a vague explanation about needing a couple of days away. He left his Jeep at the Austin airport and caught a plane for New York, on a mission to find the guy who was walking around with his face. Two brothers, one a player, one a playboy, neither aware of the other, are on a collision course with destiny and a woman who thought she won a prize when she was allowed a look inside the Sons of Sanctuary MC 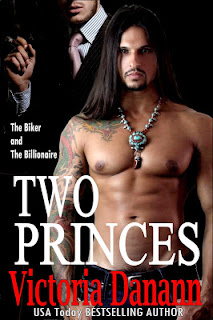 Add the Book to your Goodreads Shelf: https://www.goodreads.com/book/show/25220117-two-princes 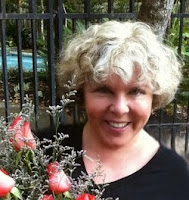 
Victoria writes cross-genre with uniquely fresh perspectives on paranormal creatures, characters, and themes. She is making her debut into contemporary romance with the publication of the SUMMER FIRE ultimate romance collection anthology with the intro to the Sons of Sanctuary MC series. The first full novel of the series will be released June 16, 2015.

a Rafflecopter giveaway
Posted by 3 Partners in Shopping at 10:15 PM