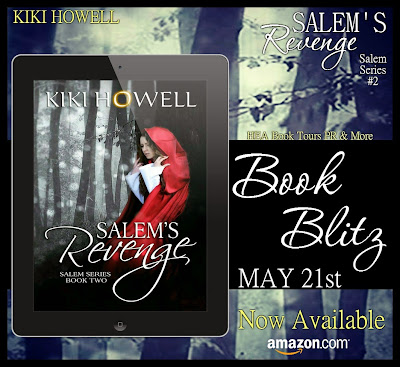 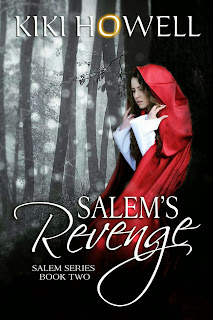 SALEM'S REVENGE
Author: Kiki Howell
Series: Salem Series #2
Genres: Contemporary, Paranormal, Romantic Suspense, Occult Horror
~ SYNOPSIS ~
In this sequel to the Amazon Bestseller, Hidden Salem, the story resumes one year later, another present day October, in Salem, MA. Filled with the same cross of pagan and paranormal elements, as well as suspense and occult horror weaved into Book One in the Salem Series, Book Two also contains touches of romance, giving readers a sweet addition to the spells and rituals.

Denise Daniels came to Salem, MA to be in her best friend, Makayla’s wedding, but her matron of honor duties find her confronting more than she bargained for. In her first moments in Witch City, she’s greeted by a corpse used in a gruesome reanimation ritual.

Without warning, the final week of wedding preparations becomes mixed with a quick introduction to Wiccan practices, including necromancy used to communicate with the dead, as attacks by a mysterious, new coven seeking revenge increase. Denise soon becomes immersed in things she never expected, including automatisms—drawing elaborate pictures of two women in red cloaks in the woods—a pretty impressive feat for a girl who has only drawn stick figures prior.

As Denise tries to find her place in this world of magic, she discovers her own connection to the Salem of 1692. And, while losing the battle to save her heart from a romance that can never be, she ends up fighting to save her life.

~ ABOUT THE AUTHOR ~
KIKI HOWELL 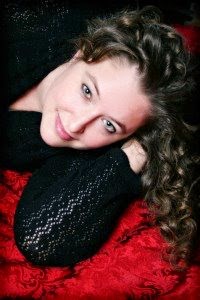 Ever since she was young, Kiki Howell has loved to listen to a well-woven tale with real characters, inspired plots, and delightful resolutions. Kiki could spend hours lost in a book, and soon she knew that creating lives, loves, and losses with just words had to be the greatest thing that she could do. To that end, she pursued her study of literature and writing, earning a bachelor’s degree in English. She then followed in a Master’s program in Creative Writing.

She has now had over forty stories published between eleven different publishers. She could not be more thrilled or grateful to see her creations polished and out in the real world. In May, 2011, Kiki was chosen as an Ohioana Book Festival author for her novel, Torn Asunder. She's also had three flash fiction stories win writing contests. In the fall of 2013, her novel, Hidden Salem, made the Amazon Top 100 Bestsellers Lists in Paranormal, Suspense and Ghosts; and in the fall of 2014, her novel. What Lies Within Us, made the Amazon Top 100 Best Sellers Lists in Gothic Fiction and Occult Horror. 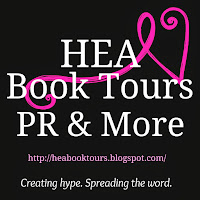