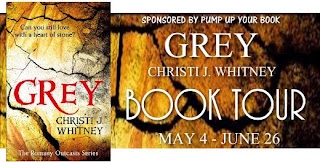 But when strangers arrive in town, Sebastian soon realizes that his world is nothing at all what it seemed. Secretive gypsies surround him, shadowy figures stalk him, and the girl he’s been dreaming about turns up at school.

Now Sebastian must protect this girl at all costs, even if it means he will never be normal again. 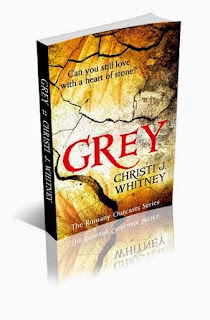 
I hear my name, but I can’t answer. I’m trapped by the image in my head.


A girl dancing. Ribbons in her hair.


My mind ripped free. I jolted, launching papers into orbit. For a split second, I wasn’t convinced of my surroundings. Then, as fluorescent lights bored through my skull, it hit me.


I was in the middle of class.


And twenty-five pairs of eyes were staring straight at me.


All my school supplies littered the floor – textbooks, papers, colored index cards. Everything except the pencil that I’d somehow snapped between my fingers. I coughed and hunkered in my seat. Across the aisle, Avery leaned sideways in his desk, giving me the look I’d seen way too many times: the one that questioned my sanity.


Mr Weir moved closer. He glowered at me from under spidery eyebrows. I prepared myself for the tirade. But just as he took a wheezing breath, the bell rang. I shrugged and gave him my best smile as the room reverberated with slamming books and screeching chairs.


Mr Weir grunted and waddled back to his desk, my outburst promptly dismissed as more important matters – like the end of the school day – took precedence. I dropped to one knee and recovered my textbook.


‘Hey, Sebastian, you okay?’ Avery towered over me. ‘What just happened there?’


I blinked away the lingering haze. ‘It appears I must have dozed off.’


‘Seriously, man,’ said Avery, his brows shooting up. ‘Who talks like that?’ He knelt and picked up one of my library books, examining it with a shake of his head. ‘I swear, sometimes I think you read way too many old books. They’re messing with your head.’


I snatched it out of his hands. ‘I don’t read old books.’


Avery laughed, shoving papers at me. ‘Sure it is.’


I stuffed them in my bag, taking care to hide my tattered copy of Hamlet from Avery’s prying eyes. We squeezed into the crowded hall, avoiding locker doors banging open and shut around us.


‘You never answered my question, you know,’ Avery continued.


We strolled in companionable silence down the hallway. Okay, maybe I was the one who was silent. Avery Johnson – senior superlative and social giant – had something to say to everybody we passed. At the end of the corridor, he stopped.


‘Yeah, right,’ Avery said in an amused huff. ‘That wasn’t a nap. That was a complete zone out. Same as this morning in gym, when you stood there like a zombie until Alex Graham smacked you in the face with the ball.’


‘Can you maybe find another expression to stare at me with? It’s not helping.’


‘Oh, that’s better,’ I replied. ‘I feel much more comfortable now.’ Avery’s features didn’t change. There’d be no avoiding it this time. I worked out my confession. ‘Okay, so you know when you stare at a camera flash and then you keep seeing the glow, even after it’s gone?’


I gripped the strap of my backpack. ‘Well, I keep seeing this same thing in my head, like a camera flash. Only not a light. An image. It used to just happen at night, but now I’m starting to see it during the day.’


‘What exactly do you keep seeing?’


Avery whistled slyly. ‘Must be some dream, eh?’


‘No, it’s not like that.’ My head throbbed. I pinched the bridge of my nose between my fingers. ‘It’s not a dream.’


‘A vision, then,’ said Avery, lighting up like Christmas. ‘You can see the future! Or maybe the past. You know, like that guy on TV. The one that helps the cops solve cases and junk.’


I grinned sideways. ‘If only. ’Cause that would be kind of cool.’


‘Hate to disappoint,’ I said, holding up my hands before he could spout off some money-making scheme that I would – mostly likely – lose cash on. ‘But I don’t have dreams, visions, premonitions, or anything worth printing up business cards for. It’s just an image. I probably saw it in a book somewhere.’


‘Well, whatever it is, when you come out of it, you do this jerking spaz thing.’ He demonstrated for my benefit. ‘Like a bad episode of Sebastian Can’t Dance. Maybe you should ease up on the caffeine.’


‘Oh, you’re hilarious,’ I said, shoving him towards the exit doors. I wasn’t about to tell Avery I’d seen the image every night for two months, and I couldn’t remember the last time I’d had any decent sleep. I’d reached the limits of sharing. ‘Glad to know I covered all the basics of self-embarrassment. Maybe next time I’ll work up a drool.’


Avery pushed open the set of metal doors, flashing a Cheshire grin as he passed through. ‘Hey, don’t worry too much about it, Sebastian. It’s not like it’s the first time you’ve done something weird.’ 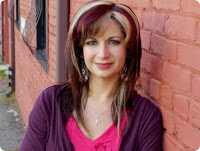 About the Author
Christi J. Whitney is a former high school theatre director with a love for the arts. She lives just outside Atlanta with her husband and two sons. When not spending time with them or taking a ridiculous number of trips to Disney World, she can be found directing plays, making costumes for sci-fi/fantasy conventions, obsessing over Doctor Who, watching superhero movies, or pretending she’s just a tad bit British.
Her latest book is the young adult urban fantasy novel, Grey (The Romany Outcasts Series, Book 1).
For More Information