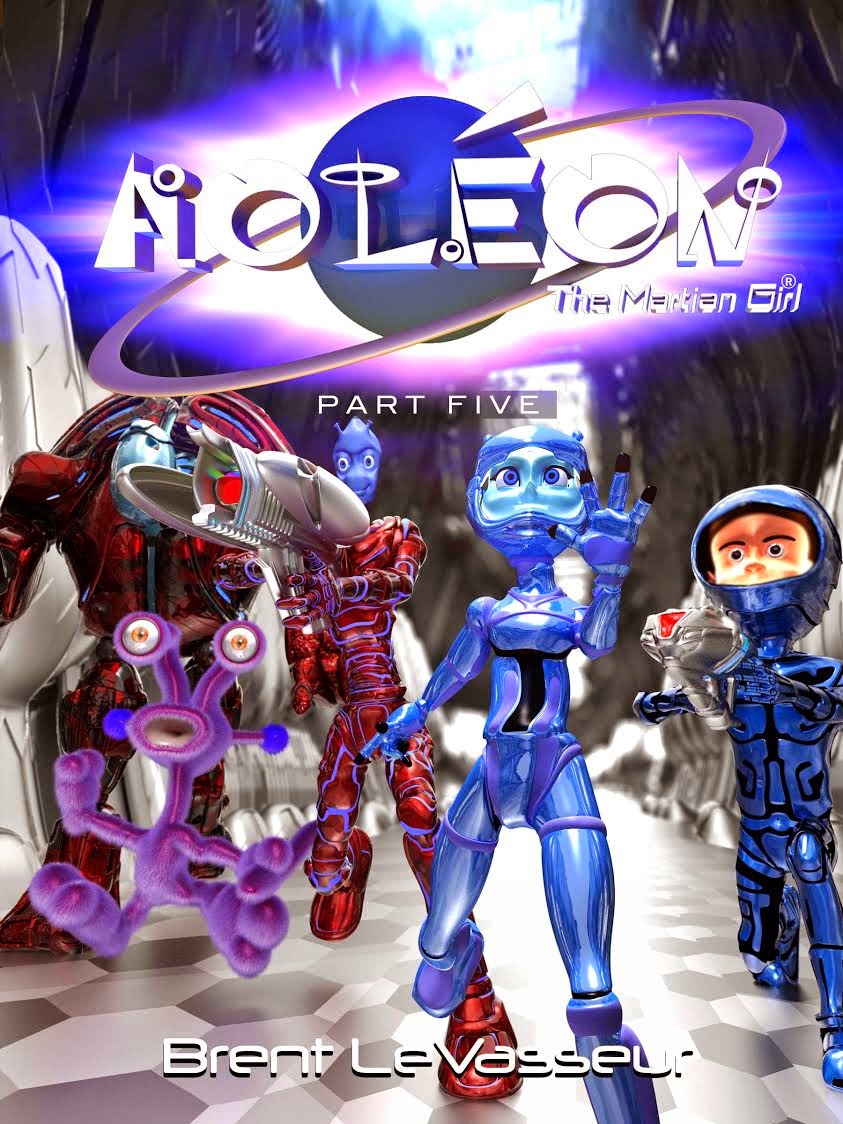 Aoléon, Gilbert, Bizwat, Helios, and Zoot make it to their final destination - Cydonia where Aoléon’s parents are being held captive. They infiltrate a secret underground base and are confronted by a small army of sentrybots.

Bizwat lends Aoléon and Gilbert some of his advanced combat skills via a psionic brain dump. However, this may not be enough to save them from overwhelming hostile forces that will do anything to stop them.

They finally meet Pax - the Martian who originally set them out on the mission to discover the truth about the Luminon and his plans to invade Earth. However Pax is not who he seems to be, and through a turn of events, they uncover the true power behind all that has been happening on Mars.

Will they be able to rescue Aoléon’s parents and save Earth from invasion?
Read part 5 to find out!

My review; This is part 5 and I have read and loved all of the other parts just as much.  Gilbert and Aoleon have finally, with a few friends  along, gotten to the place where Aeleon's parents are. Bizwat has some huge combat techniques but they might still have trouble getting them away.   What does Pax, their original contact say about all of this? They will have to search for the answers themselves. Who is really running all of Mars? Now they will have to race to save Earth and Aoleon's parents who have been captured. It is amazing to me how not only has the author written a great book series but he has also illustrated these. They are fantastic. This is one of the best science fiction series I have read . I give this book a 5/5. I was given this book for the purpose of a  review and all opinions a re my own.