Ara by B. R. Eddy Book Blitz, Excerpt and Giveaway 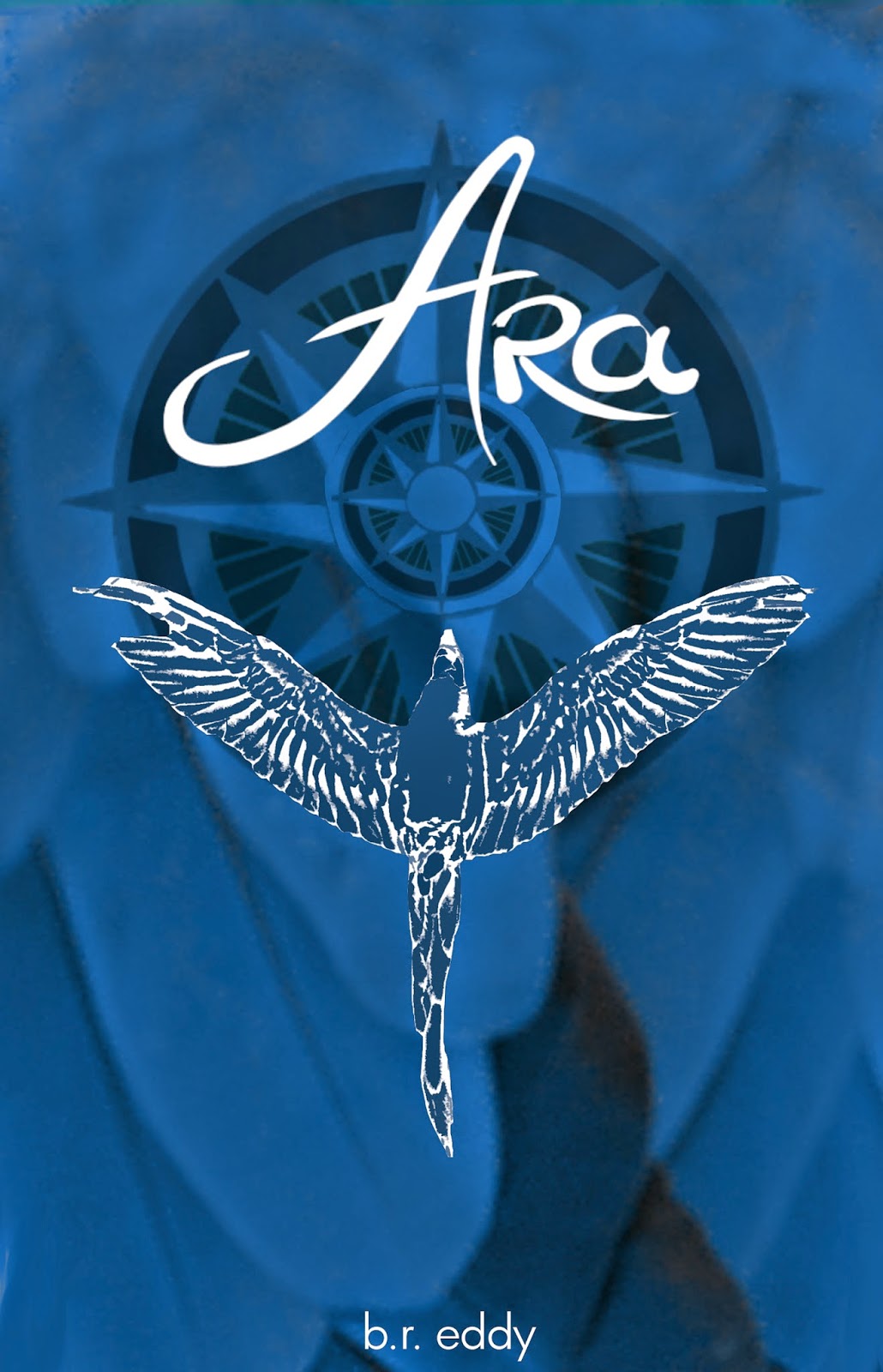 Summary from Goodreads:
Ara Vertrees is an advisor to the King in Jimalia, a thriving island nation in the middle of a vast ocean. Her macaws are trained to fly home to the palace to repeat confidential information. When their messages become more and more troubling, she finds herself in the middle of a crisis she never expected. Ara's story is full of adventure, friendship, mystery, love and loss. Join Ara and her companions as they fight pirates, uncover deception, find love and fight for Jimalia.

Excerpt
She paused mid-sentence. Captain Upshaw and the mate seemed to focus off in the distance and an unease settled across the helm. Ara glanced over her shoulder in the direction of their attention and saw a schooner.
The vessel wasn’t very large, perhaps large enough for a crew of forty or fifty and equipped for short trips. It was beautiful, its size and sharply angled sails gave it a fleetness only a schooner could boast. It had appeared seemingly out of nowhere very close to the Prestige.
It was not unusual to see another vessel in these busy waters. Ara stole another quick glance at the captain, they were still eyeing it suspiciously. Now the helmsman had sweat on his brow with his eyes darting back and forth between Upshaw and Lowery, desperate for direction.
Beginning to feel very unsettled, Ara stepped closer to them and looked back at the ship. She couldn’t pick out what was so suspicious about it. The sails were bright white, the King’s flag snapped in the wind against the bright cloudless sky, sailors milled busily on deck. The name Undertow was painted brightly high on the hull.
She turned to them again, “Do you recognize it?”
Upshaw nodded, “Looks like the Wavebreaker. Pirates took her a few winters ago from the Larkman Company.”
“Captain?” Elliott stood aggressively as he saw the King’s flag slowly being lowered. Ara jumped, she had never seen him posture that way. Her heart leapt to her throat. Pirates? They couldn’t possibly dare challenging a ship like this.
Upshaw growled, “Hard to port. Man the guns. Passengers below.”
The helmsman twisted the wheel hard as Elliott bellowed out orders. At the same time, the sailor on watch shouted alarm and rang a bell loudly as he pointed. Terror set into her as she watched the black flag hoisted.
Women screamed, crew shouted as they manned guns, herded passengers and scurried up the rigging to respond to the helm. The great ship whipped around bravely. The captain had furious eyes. Livid that anyone would dare try to raise a challenge for the ship.
Ara darted down the staircase. She made straight for the stalls, Trekker was startled by the commotion and flew off into the sky.
She leaned up against Fellow’s stall door and reached over to touch his face. Unlike the other animals that were bucking and spinning and clearly disrupted by the uproar, Fellow looked around tensely, swiveling his ears at the noise.
Rivan rounded the corner, “Ara, what’s happening?”
She didn’t even notice how he called her by her first name, “Pirates are approaching us.”
A gun went off and the sound of it rocked her body with fear. She dropped to the deck trembling violently. This couldn’t possibly be happening. Surely the captain wouldn’t allow the ship to be boarded, surely they outmatched the other vessel, surely they wouldn’t be able to board a ship with forty guns, surely the pirates would realize their error and sail away.
Ara had never experienced fear like this before. In all her life she had control, confidence and influence. It was all happening so suddenly. “My birds!” She wailed like a child.
Rivan took her shoulders firmly and she looked up at him with tears in her eyes. His hands were steady and strong, his eyes clear and focused, “Let’s go.” He said simply. He heaved her up onto her feet just as pirates began climbing grappling lines they had thrown over the port rail. Prestige crew rushed up with axes to cut the lines but the first few arm lengths were made of chain.
Ara stopped breathing as she watched the pirates cut them down.
Blood splattered the deck.
Rivan jerked her arm and drew her away from the melee. He rushed her up the staircase towards her cabin. She got a hold of herself, got her feet under her and ran with him as she pulled out her key. She jammed the key in the door just as another gun went off. It wasn’t a ship’s gun, it was one of the fearsome Cinlandian hand guns that pirates were so feared for. Jimalians didn’t have the technology to make a cannon small enough to carry. A sword was no protection from a pirate with a hand held gun that he could point directly at you without having to maneuver an entire ship to do so.
She threw herself into her cabin and Rivan slammed the door behind them. She rushed over to the bird cages, trying to decide what to do. She decided that she had to let them fly. Hopefully they would manage to find their way back to Capital. If not… well… there was certainly no hope for them here.
She threw the window open and stepped up to Seven’s cage, they were on his route home and he had the best chance of gaining his bearings and leading the others back to Capital. He stepped up on her arm nicely but she lost his cooperation at the window and had to force him out as he shrieked in protest. With worry and regret in her heart she thrust them out one by one, willing them to fly home.
Tears streamed down her eyes, would she ever see them again? The door to her cabin was smashed open. She screamed deliriously and covered her ears. Rivan grabbed her shoulder and rushed them back outside. Gunshots were going off left and right. Fear coursed through her body. There was chaos and blood everywhere. Screaming and shouting filled her senses. Was this how it ended for her? She clung desperately to Rivan. Her instinct was to climb, but she didn’t dare leave Rivan. They darted across the waist and up the staircase towards the bow.

About the Author
My name is Brit and I was born and raised in Santa Cruz, California. My work with animals brought macaws into my life. They frightened me, moved me, hurt me, loved me and made me grow. I hope that my novel will help people understand these birds better! They are breathtaking and intelligent, but do not make good pets for most families. They require a lot of space and attention, can be very destructive and can easily outlive you. They can be incredible companions to the right people. Please keep all these things in mind when considering a macaw as a pet!"

GIVEAWAY:
a Rafflecopter giveaway
Posted by 3 Partners in Shopping at 10:26 PM