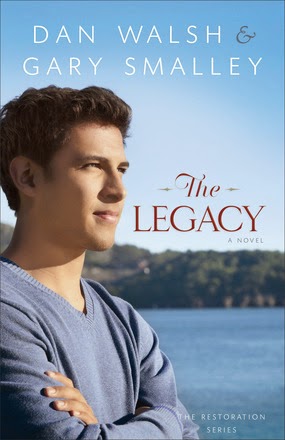 One young man is about to discover the true cost of independence
For years, Doug Anderson has been drifting slowly but steadily away from both his family and his faith. His parents have been trying to reach him before he falls too far. His friend Christina hopes what she is seeing online isn't true. But sometimes you have to hit bottom before you're ready to grow up.

Just as things begin to settle down a bit, Doug's life takes a turn that requires every bit of faith and patience for both his family and Christina--whose growing feelings for Doug, a man who writes her off as not worth his time, keep her off balance. Will Doug's crisis finally clear his vision and help him focus on what he has right in front of him?


The emotionally gripping conclusion to the series critics are calling . . .
"Captivating."--RT Book Reviews
"Emotional."--Booklist
"Uplifting."--Library Journal
"Satisfying."--New York Journal of Books
Dan Walsh is the bestselling author of many books, including The Dance, The Promise, and The Desire with Gary Smalley. He has won three Carol Awards, and three of his novels were finalists for RT Book Reviews Inspirational Book of the Year. He lives with his wife in the Daytona Beach area, where he's busy researching and writing his next novel.

Gary Smalley is one of the country's best-known authors and speakers on family relationships and has appeared on national television programs such as Oprah, Larry King Live, and TODAY, as well as numerous national radio programs. He is the bestselling and award-winning author or coauthor of many books, including the Baxter Family Redemption series with Karen Kingsbury. Gary and his wife, Norma, have been married for 50 years and live in Missouri.

My review;
I just finished reading "The Legacy"  and I really though it was interesting. I liked the storyline and the characters were great. Christina is Doug Anderson's friend and she is very worried about him. It is getting harder and harder to reach him. His family is worried about him, too. Doug Anderson is not listening to his family and everyone is afraid for him. This is a story of love and family. I give this book a 4/5. I was given this book for the purpose of a review by Revell Publishing Company and all opinions are my own.