Heurer Lost and Found Unapologetic Lives Book 1 by A. B. Funkhauser Blog Tour and Giveaway 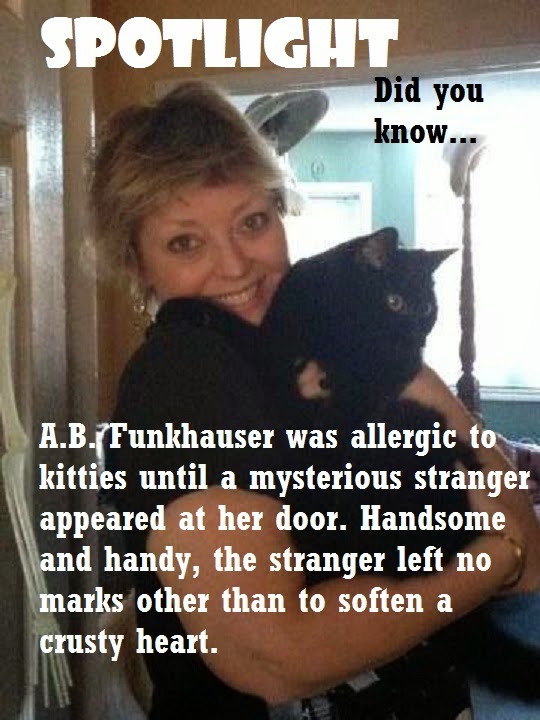 At last found, he is delivered to Weibigand Brothers Funeral Home, a ramshackle establishment peopled with above average eccentrics, including boozy Enid, a former girl friend with serious denial issues. With her help and the help of a wise cracking spirit guide, Heuer will try to move on to the next plane. But before he can do this, he must endure an inept embalming, feral whispers, and Enid’s flawed recollections of their murky past.


Is it really worth it? 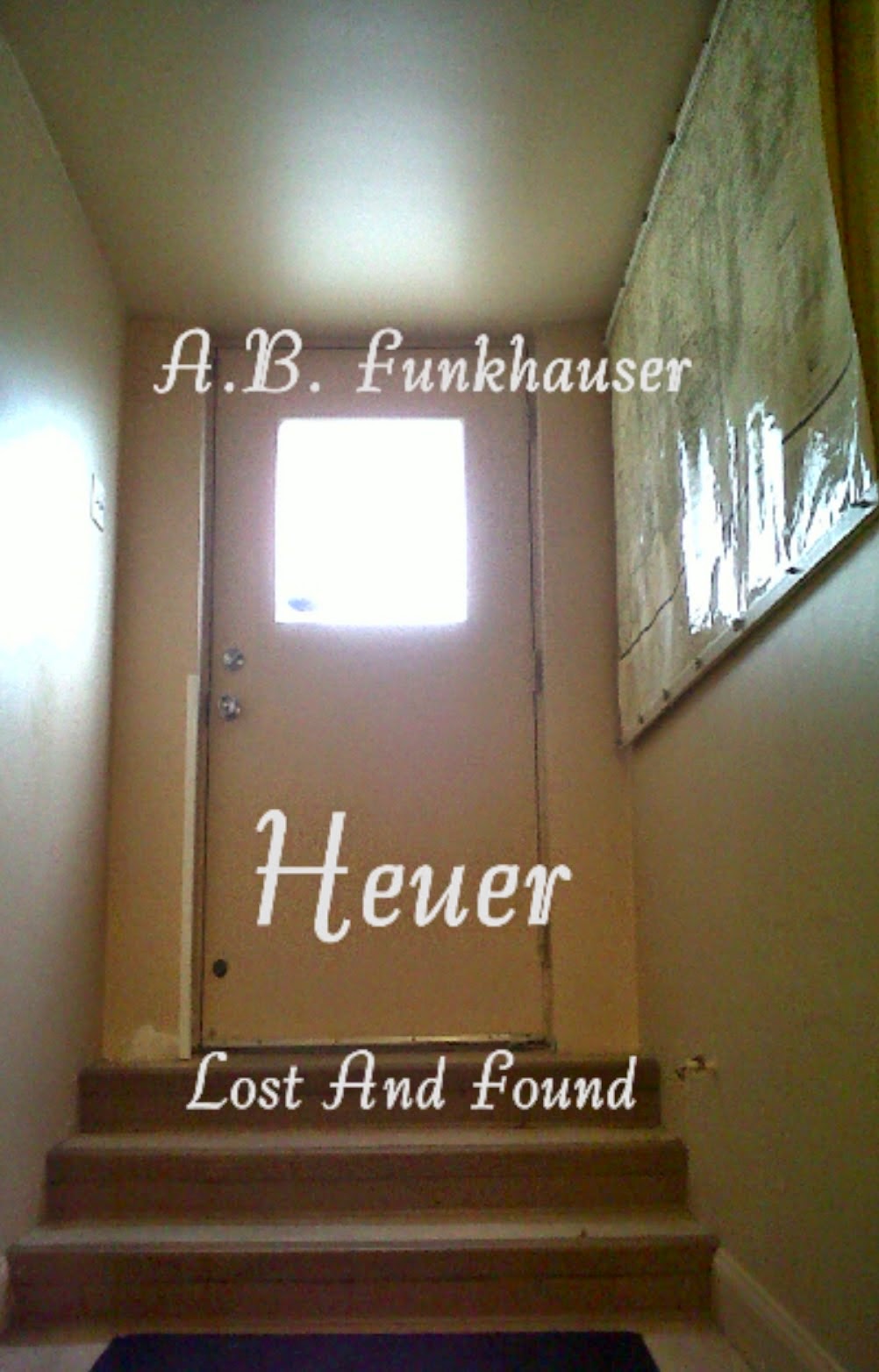 
Fresh writing filled with rich vocabulary, this story features a vivid cast of colourful, living-breathing characters. This one will keep you reading late into the night until the final page.—Yvonne Hess, Charter Member, The Brooklin 7


Ms. A.B Funkhauser is a brilliant and wacky writer …Her distinctive voice tells an intriguing story that mixes moral conflicts with dark humor.—Rachael Stapleton, Author, The Temple of Indra’s Jewel and Curse of the Purple Delhi Sapphire


The macabre black comedy is definitely a different sort of book! You will enjoy this book with its mixture of horror and humour. —Diana Harrison, Author, Always and Forever


Heuer Lost and Found is a quirky and irreverent story about a man who dies and finds his spirit trapped in a funeral home with an ex-lover who happens to be the mortician. The characterization is rich the story well-told.—Cryssa Bazos, Writer’s Community of Durham Region, Ontario, Canada


Author A. B. Funkhauser strikes a macabre cord with her book "Heuer Lost and Found". I found it to have a similar feel to the HBO series "Six Feet Under".--Young, Author, A Harem Boy’s Saga Vol I, II, and III


Enid Krause nee Engler had made her way down to the embalming room where he lay waiting for her. She paused on her way to dither over some emails and, he noted with approval, to check out Kijiji for vintage GTO’s. Next, she mucked about with the coffee maker, juicing up her brew with two bags of pre-packaged Columbian. This, he noted wryly, was not the wisest thing to do when one’s hands were already shaky. It was apparent to him that she liked her booze as much as he did, and if she were to play around with sharp things, she stood a good chance of facing him sooner, rather than later.


“It is here that you must speak to her,” the lamp intruded, muddling his thoughts and destroying his pleasure. He did not like this popping in and out at will inside his head. He hoped her powers were limited to audiences in the basement, but not so—she was a body trapped in a house she did not choose, yet her spirit travelled, permeating the mind at will. “If you want to move on, it must be so. Put things right, mein Schön.”


He frowned at her use of ‘Schön.’ It was his term of endearment, yet she took it for her own, as if her right to trample him escheated once he agreed to do her bidding.


Make amends. Sure. The Holy Moly Book of Hooey said so, but to which place would he go thereafter? The land of milk and honey, where everyone ran around in bed sheets? Or the other place, where no amount of sunscreen would help? “Neither,” the lamp said confidently, her words ironic, because she was a lamp and obviously hadn’t been anywhere. “To your purpose,” she said, twisting him in the direction of Enid, who muttered under her breath as she fumbled with her earrings.


He grinned, longing to see what she would do next: Fraulein Engler was obviously struggling over his dramatic return, and for good reason. They had not parted on the best of terms. She wept sentimentally in the coroner’s suite—woman’s tears—much to her colleague’s chagrin, and now she was dragging her feet like a shotgun bride. Walking alongside her, he thought about theatres and floorboards and actors moving from mark to mark, their steps mapped out strategically on the floor with sticky tape. “This is why people spend so much time and money on make believe, Mächen,” he said. “It’s so much better to watch.”


Enid managed to get past the door that separated the O.R. from Weibigand’s outer hall, where she was greeted by the buzz and hum of a big fan that would keep his stink off of her. He concentrated on the noisy traffic that was her brain: like car tires spinning, rubber burning, a lonely heart hammering, and an incomprehensible fear. He was in despicable shape and it would take every ounce of skill to bring him to heel. 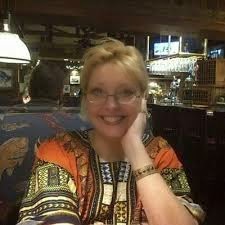 
A.B. Funkhauser is a funeral director, fiction writer and wildlife enthusiast living in Ontario, Canada. Like most funeral directors, she is governed by a strong sense of altruism fueled by the belief that life chooses us and we not it.


“Were it not for the calling, I would have just as likely remained an office assistant shuffling files around, and would have been happy doing so.”


Life had another plan. After a long day at the funeral home in the waning months of winter 2010, she looked down the long hall joining the director’s office to the back door leading three steps up and out into the parking lot. At that moment a thought occurred: What if a slightly life-challenged mortician tripped over her man shoes and landed squarely on her posterior, only to learn that someone she once knew and cared about had died, and that she was next on the staff roster to care for his remains?


Like funeral directing, the writing called, and four years and several drafts later, Heuer Lost and Found was born.


What’s a Heuer? Beyond a word rhyming with “lawyer,” Heuer the lawyer is a man conflicted. Complex, layered, and very dead, he counts on the ministrations of the funeral director to set him free. A labor of love and a quintessential muse, Heuer has gone on to inspire four other full length works and over a dozen short stories.


“To my husband John and my children Adam and Melina, I owe thanks for the encouragement, the support, and the belief that what I was doing was as important as anything I’ve tackled before at work or in art.”


Funkhauser is currently working on a new manuscript begun in November during NaNoWriMo 2014.