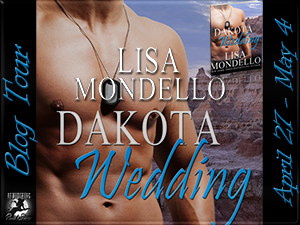 
Ian McKinnon was just getting steady on his feet, looking forward to the opening of the Wounded Veterans Center and a big McKinnon wedding celebration, when tragedy struck again. The soldier who'd saved his life while in the military has died. He's charged with his most important mission: find his friend Carlos's family in Mexico or become guardian and raise Carlos's children. The only mandatory stipulation of his friend's will was that Ian live under the same roof with Abby Townsend, a firefighter from Carlos's firehouse. Abby knew the kids well and she could help ease them all through the transition of becoming a family. Okay, so Ian may not be daddy material, but he'd grown up with a whole lot of McKinnons running around. He could handle the kids just fine. The beautiful Abby Townsend was another story.


Abby took one look at Ian and shook her head with utter disbelief. What were her dear friends thinking by naming a man whose nickname was "The Hazard" as guardian of their three small children? She only needed to spend one year in Ian's house in South Dakota. She had to either find Carlos's family, or convince Ian that she was the better person to raise the children. Abby knows how hard it is to lose someone you loved. She'll be there to protect the children in any way she can. But can she protect her heart from falling in love with a man known for taking too many risks...and risk heartbreak again?


If you're a fan of western romance, contemporary romance, stories full of angst and emotion, and sexy cowboy and military heroes, then you'll enjoy Lisa Mondello’s Dakota Hearts, Texas Hearts and Fate with a Helping Hand series of romance novels.


There was a time when the prospect of standing on two feet was beyond Ian McKinnon’s imagination. That had been a darker time in his life. A time he didn’t ever want to go back to again.


As he made his way up the driveway leading to the home he’d spent the last year refurbishing, feeling the early autumn sun on his face, he could finally see light. He felt at peace.


His cousin’s SUV sat next to his Jeep in the driveway. As he rounded the corner, he found Hawk sitting on the porch overlooking the river in the back yard.


Hawk smiled and stood up when they made eye contact. But the look on Hawk’s face immediately told Ian he wasn’t here for a social call.


Ian sighed and tried to force a smile. “Something tells me I’m not going to like this conversation. So if it’s all the same to you why we just have it right here on the front porch?”


Ian laughed without any humor. “That bad, huh? Just give it to me straight.”


Hawk shook his head and chuckled low. “You always did things your own way.”


Ian climbed the few stairs and pivoted so he could sit opposite Hawk on the porch. He braced himself for whatever news he was about to get.


“You got a call from Vermont this morning. Your mom took the call. No one has your new number.”


“I didn’t get the new number until last week. I haven’t had a chance to call Carlos and Brenda yet. Both of them are excited to come out and see the house and the Wounded Veterans Center now that it’s nearly complete. But both of them have my cell phone number. They could have used that.”


He was rambling and his stomach hurt just looking at Hawk as his cousin struggled with what he was about to say.


“Carlos and Brenda’s lawyer only had your parents’ telephone number.”


Ian couldn’t breathe. He glanced at his reflection in the bathroom mirror and wiped the cold moisture from his face with a crisp clean towel he’d just purchased at a fancy department store in Rapid City last week.


Two years after a mortar blast in Afghanistan took part of his leg, Ian was not only standing, he was running. And he was looking forward to life again. Soon the Wounded Veterans Center he’d worked tirelessly on with his cousin, Ethan, and Hawk’s girlfriend, Regis, would be open, and they’d be celebrating the McKinnon way with the wedding of Logan McKinnon and Poppy Ericksen. They all couldn’t wait. No one more than Ian. The entire McKinnon clan was coming in from all over the country just for this celebration. Life was finally righting itself.


And now the man who’d given Ian a second chance at life was gone. Dead at the hands of a drunk driver on a winding Vermont road. One day he was enjoying life. The next he and his beloved wife were gone. The only thing left were three children who no longer had their parents.


The knock on the door pulled him out of his thoughts.


“Ian, it’s me. Everything okay in there?” Hawk hadn’t left. Ian knew he wouldn’t. Hawk would stay all day and all night until he knew Ian was steady on his feet. Like always. Hawk had a medical clinic in town. The people of Rudolph depended on him. But they were McKinnons and McKinnons stuck together through everything. Barring an emergency, Hawk would stay as long as Ian needed him or at least until one of his brothers or cousins could come and relieve him.


Ian wiped his face with his towel again, still feeling the jolt of the news. “I’ll be just a minute.”


Closing his eyes, he fought the wave of nausea he hadn’t felt in a long time. But the feeling of loss overwhelmed him. And for the first time in more than a year, Ian wept.


New York Times and USA TODAY Bestselling Author, Lisa Mondello, has held many jobs in her life but being a published author is the last job she'll ever have. She's not retiring! She blames the creation of the personal computer for her leap into writing novels. Otherwise, she'd still be penning stories with paper and pen.


Her popular series includes TEXAS HEARTS, DAKOTA HEARTS and Fate with a Helping Hand. Writing as LA Mondello, her romantic suspense, MATERIAL WITNESS, book 1 of her Heroes of Providence received a starred Kirkus Review and was named one of their Best Books of 2012.


You can find more information about Lisa Mondello at