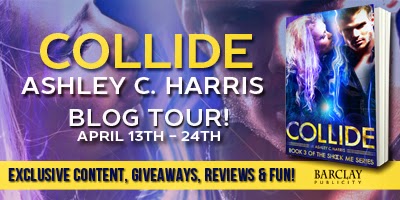 
All the rules are about to change...


Donna has managed to live hidden amongst the enemy, keeping her shocking abilities secret with the help of her friends. But now something has come into her town, it’s been lurking outside of her school, and has its eye on hurting everyone, both the good and the bad, and the first one who will be its target is Donna.


Ryan still has no idea who or what Donna really is. His ex-best friend and first crush has transformed into the girl who has been secretly working against him. He believes keeping their lives apart will keep her the most safe, but trouble is about to make every one of their biggest fears, stolen memories, and hidden desires collide.


Will everyone, both friends and foes, crumble together as nothing but mere humans? Or will finally the truth come and save them with a deadly price as new alliances are made and buried feelings are brought to the surface.


Get your copy at Amazon | Kobo | Barnes & Noble | iBooks | Smashwords


There was no sense of realty, no logical training, no thinking. When Ryan saw Donna, there was no more control. He took off, past football players that were taken aback and staring and others who were running. The ones that were in his way Ryan shoved as he moved so fast he blurred.


He was in front of Donna in an instant, getting right between her and the man made of pure electric lightning. Ryan’s muscles were pulsing, his chest producing growling sounds that were inhuman enough as to reveal to Donna that what she thought he was was a sham. His eyes were all animal, savage as his entire being processed the Electrolite hurting her. He saw pure red as he readied himself to crush and devour. If there was ever time he’d enjoy inflicting pain it would surely be now. Pain that was well overdue.


He looked at the Electrolite, about to jump high into the air and pounce on him as his mind heard the softness of Donna’s breathing from running for her life. He could smell her fear and hear her heartbeat, a heartbeat that made him remember the human part of himself again for a moment. He jumped up, ready to pounce on the fiend who had broken into his dad’s power plant months ago, and then had done something to him in New York as well that he couldn’t remember thanks to the gray memories. In the air as he attacked he was more than ready to feel and push through the sizzling and brutal shocks to the body and skull that would come as touching this thing equaled electrocution. Finally he’d end him. How dare you go after her! I’m going to break you!


In the air, his jumping usually turned into a human-like soar but something suddenly went wrong as his body, cloaked in darkness compared to the lit up man, suddenly went neutral as if all its abilities were pulled right from it. Then he was falling on the man whose own body dimmed down, becoming whole, losing its transparentness.


Then Ryan saw a human face as he came down on this man’s body. He locked eyes with a person who was in his forties but appeared withered and warn down like a dead soul lost to drugs and addictions. There was only one Biomax solider in the world that was as old and as crack addict crazy as this thing. Subject One, the Original Bio created by his dad. He’d been too old when he’d been experimented on and turned into Ryan’s kind and as a result, he’d lost his mind.


Subject One wasn’t an Electrolite, he was worse. He had the ability to access other Biomax soldier’s talents when he was close and use them for himself. That was why Ryan was suddenly human and the Original suddenly grew, his muscles flexing, his face looking more savage, more animal. He’d kill them all like a wild hyena and leave every student running for their lives in pieces. Ryan coming so close was the worst thing he could have done, but waiting and patient strategy like his father would have cautioned him had hardly mattered two seconds ago. All that mattered as the Original caught Ryan and punched into his shoulder, breaking the bone and causing him to feel the worst pain of his life, was to get Donna out.


“Well if it isn’t the pet that wears Richard’s face and some of his DNA. A different kind of new monster of Frankenstein’s, the thing. Hello, little Ryan,” croaked the Original. As he tried to laugh his crackled bone-chilling laugh, it came out like a roar. “So this is what the young man who wasn’t born, but made, feels like twenty-four seven.” The Original flexed his muscles and twisted Ryan’s arm like he was a rag doll. Ryan used all the strength he had not to scream. He was supposed to be stronger than this, a solider since birth with special abilities, but the pain that shot through him was paralyzing.


Ryan turned his eyes toward Donna who was so still, so afraid, her eyes seeing who knew what. All this was too much for a normal person like her to see. She needed to get out of here.


Author and film director Ashley C. Harris resides in Florida. Ashley was first recognized for her edgy writing and unique film work when she wrote and directed the teenage film Lines. Lines was the first feature film in the world captured using only Mac Laptops..


In 2013 Ashley teamed up with Barclay Publicity to release the first title in a new young adult series Shock Me. Ashley then went on to release the first of a new NA series, One Night In Heated Snapshots, that quickly reached Amazon's Best Selling top ten list for sports romances. It has remained a top ten bestseller ever since.


When she is not dreaming up new books and working on film sets, she loves to spend time with her friends and family. Keep a close watch for Ashley's newest young adult books releases!


Follow all the stops on the tour for more chances to win!