Scent of the Soul by Julie Doherty Blog Tour and Giveaway

Scent of the Soul


In twelfth century Scotland, it took a half-Gael with a Viking name to restore the clans to their rightful lands. Once an exile, Somerled the Mighty now dominates the west. He’s making alliances, expanding his territory, and proposing marriage to the Manx princess.


It’s a bad time to fall for Breagha, a torc-wearing slave with a supernatural sense of smell.


Somerled resists the intense attraction to a woman who offers no political gain, and he won’t have a mistress making demands on him while he’s negotiating a marriage his people need. Besides, Breagha belongs to a rival king, one whose fresh alliance Somerled can’t afford to lose.


It’s when Breagha vanishes that Somerled realizes just how much he needs her. He abandons his marriage plans to search for her, unprepared for the evil lurking in the shadowy recesses of Ireland—a lustful demon who will stop at nothing to keep Breagha for himself.


As Godred’s oarsmen shoved off from the jetty, Somerled wondered if there was any man less suitable to deliver a marriage proposal. Godred of Dublin was coarse, marginally Christian—indeed, marginally sane—and easily riled. Nevertheless, King Olaf liked him, and for that reason alone, Somerled had selected him as his envoy.


“No side trips,” Somerled shouted before Godred was too far away to hear. “Ye have three places to go and that’s it: the Isle of Man, your clan, and back here.” Godred was prone to unscheduled detours.


Unless bad weather or the scent of easy plunder pulled Godred and his thirty oarsmen off course, Somerled would have Olaf’s answer in a few days. If Olaf agreed to the marriage, Somerled would add a wife to the items decorating his new castle at Finlaggan and eventually, the Isle of Man to his expanding area of influence.


The nobles would respect him then. Half-breed or not.


Behind him, a door squealed on one of the two guardhouses standing sentinel over the Sound of Islay. The small building spat out Hakon, his chief guard, another man of Dublin birth and temperament. Hakon strode the length of the jetty to join him. “I have every confidence the Norns will weave Godred a successful journey, my lord king,” he said, his words puffing white clouds above his tawny sheepskin cape.


“If your goddesses have woven anything, it’s an unfortunate headwind,” Somerled said. “Godred is forced to tack.” He closed his cloak and secured it at his throat with a brooch he once plucked from a Viking who no longer needed it. “The wind promises hail. My proposal will be delayed.”


“Aye, likely,” Hakon said, his hair and beard whipping into copper clouds, “but it will hasten Olaf’s reply. Do not despair, my lord. Ragnhilde will marry ye soon enough.”


Despair? Somerled stifled a laugh. Did Hakon think he had feelings for a lassie he had never met? He was about to tease his guard about being a romantic when Hakon stiffened.


Somerled spun around to inspect the northwestern waters of the channel separating Jura and Islay—the jewel of the Hebrides and the island that served as the seat of his burgeoning kingdom. “Where?” he asked, squinting.


Hakon thrust a finger toward the fog bank blanketing the horizon. “There, at the promontory, in that pale blue strip of water. See it?”


At first, Somerled saw nothing but swooping terns and ranks of swells. Then, an unadorned sail appeared. It crested on a wave, dipped low, and vanished.


“Should I sound the horn?” Hakon asked.


Somerled raked his fingers through the coarse, wheaten mess slapping at his eyes and held it at his nape while he considered his response. Behind them, the signal tower on Ben Vicar was smoke-free. Across the sound, the towers on the frosty Paps of Jura were likewise unlit, although clouds partially obscured their peaks. The Paps had a commanding view. If a signal fire blazed anywhere, the men stationed there would have seen it and lit their own.


“My lord king, should I sound the horn?” Hakon impatiently palmed the battle horn dangling at his broad chest.


Men began to gather on the jetty.


“Let us wait. It is only one ship, and it looks to be a trader. The signal fires would blaze by now if it were someone worthy of our concern.” Somerled glanced back at the mud and thatch cottages shouldering against one another. At their doors, the bows of half his impressive fleet rested on the shoreline, a sandy slip extending well into the distance. The rest of his ships sheltered at the far side of Islay, in Loch Indaal. A signal fire would deploy them quickly and, perhaps, needlessly.


“Alert the village. Have Cormac ready Dragon’s Claw,” he said, “but send only the nyvaigs for now.” The nyvaigs were smaller, but no less deadly. They would be out and back quickly.


Hakon sprinted through the gathering crowd and past the guardhouses. He leapt over a pile of rocks with surprising agility for a man of his years and size. In no time, specialized warriors and oarsmen were boarding the boats. A pony thundered inland, its rider instructed to warn, not panic, the people of Finlaggan.


Though Somerled carried his mighty sword, he had dressed for warmth, not battle. His mail shirt, aketon, and helmet hung in his bedchamber, two miles away in Finlaggan. He singled out a boy in the crowd. “Lad, find me a helmet and a shield, and be quick about it.”


The boy shot like an arrow toward the cottages.


Somerled held his breath as he watched the nyvaigs head out. At the first flash of steel, he would blow the battle horn. His men would light the towers and he would board Dragon’s Claw. The foreigner would be sorry he entered the Sound of Islay.


The ship’s features were barely discernible, but he could see that its high prow lacked a figurehead. He was trying to identify the banner fluttering on its masthead when the ship’s sail dropped and scattered gulls like chaff in the wind. His heart hammered against his chest as he waited for the foreign vessel to sprout oars; it didn’t. It stalled—a sign its crew had dropped anchor.


Dragon’s Claw bobbed next to him at the jetty, her top rail lined with colorful shields and her benches holding sixty-four of his savage warriors. Cormac gripped the tiller, but he would move aside when Somerled barked the order to do so. He would serve as his own shipmaster in the face of an enemy.


Low and curvy with a dragon’s head exhaling oaken flames from her prow, Dragon’s Claw was his favorite vessel, not because she was new or particularly seaworthy, but because he had wrenched her from the last Viking to leave his father’s lands.


The memory of that battle warmed him and occupied his thoughts while the nyvaigs swarmed around the foreigner. Then, they swung about, furled their sails, and rowed for home like many-legged insects skittering on the water’s surface.


When the boats reached the beach, Hakon jumped from his nyvaig and jogged through ankle-deep water, apparently too impatient to wait for his men to haul the vessel’s keel onto the sand. “Well, my lord king,” he said, “it seems to be the day for marriage proposals. It is an envoy from Moray, who comes at the behest of Malcolm. He asks to speak with ye regarding Bethoc.”


He had met Malcolm MacHeth only once, at King David’s court, on a night spoiled by ill-bred lassies who had mocked his foreign garb and speech. Malcolm, a bastard nephew of the Scots king, had observed his humiliation and pretended not to notice.


Yet here was Malcolm of Moray, a claimant to the Scottish throne and a known rebel, seeking Bethoc’s hand in marriage. Tainted bloodline or not, Somerled was apparently worthy of notice now. 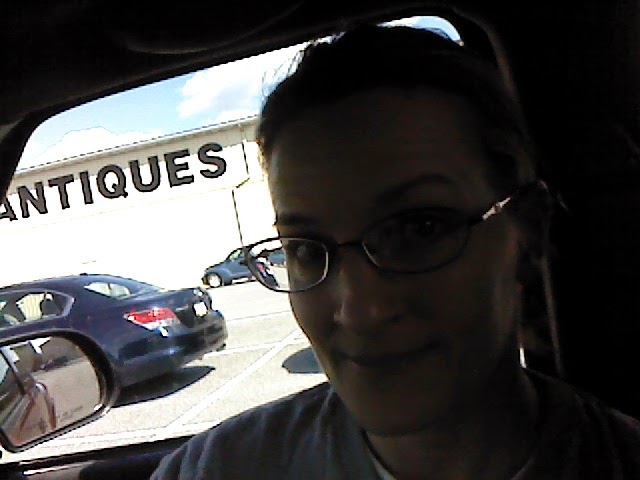 
Something magical happened in the musty basement of Julie Doherty’s local courthouse. She went there intending to research her ancestry, not lose herself in a wealth of stories, but the ghosts of yesteryear drew her into the past and would not let her go. The trail left by her ancestors in those yellowing documents led her from rural Pennsylvania to the Celtic countries, where her love of all things Irish/Scottish blossomed into outright passion.


She became particularly interested in Somerled, self-styled "King of Argyll" and progenitor of the Lords of the Isles. In 1164, he led a fleet of 164 galleys up the River Clyde in an all-or-nothing attempt to overthrow the Scottish crown. What would lead a man of his advanced years to do such a thing?


Of course, history records he did so because the king demanded forfeiture of his lands. But the writer in Julie wondered ...what if he did it for the love of a woman?


Readers will notice a common theme throughout Julie’s books: star-crossed lovers. This is something she knows a bit about, since during one of her trips to Ireland, she fell in love with an Irishman. The ensuing immigration battle took four long years to win. With only fleeting visits, Skype chats, and emails to sustain her love, Julie poured her heartache into her writing, where it nourished the emotional depth of her characters.


Julie is a member of Pennwriters, Romance Writers of America, Central PA Romance Writers, The Longship Company, Perry County Council of the Arts, and Clan Donald USA. When not writing, she enjoys antiquing, shooting longbow, traveling, and cooking over an open fire at her cabin. She lives in Pennsylvania with her husband, who sounds a lot like her characters.


Tour giveaway 10 bars of soap open to US Shipping

5 Kindle Gift Copies of Scent of the Soul

a Rafflecopter giveaway
Posted by 3 Partners in Shopping at 11:16 PM