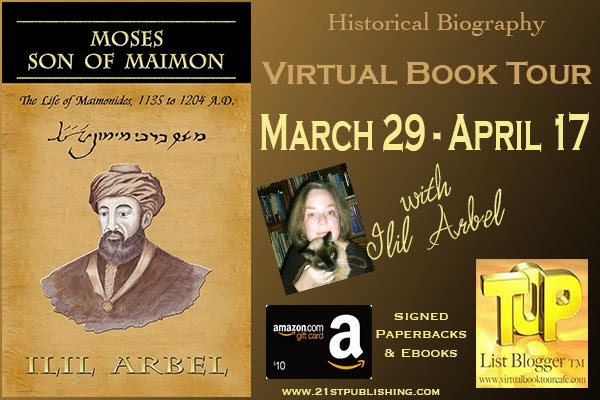 Book Description:
Born into a distinguished family in medieval Cordoba, Spain, the young Moses Maimonides was quickly recognized by his teachers for his outstanding intellectual abilities and extraordinary versatility. At the age of twelve, when his peaceful world was shattered by war and persecution and his family was forced into exile, his religious and secular studies continued. Despite the years of wandering and the harsh conditions, he also developed into a writer and wrote extensively until the end of his life.

After years of wandering and relatively short stays in Morocco and Israel, Maimonides and his family settled in Egypt. The Jewish community quickly recognized his genius, and after completing his important book, the Mishneh Torah, he was recognized internationally as the chief religious and legal authority of the entire Jewish world. He produced many books on diverse subjects such as philosophy, law, religion, and medicine that are considered extremely important to this day by Jews, Christians, and Muslims alike. Despite experiencing loss and controversies, Maimonides rose to eminence as both the official head of the Jewish community in Cairo and the private physician to the sultan and his court.

His world was full of contradictions. A man who abhorred excess of any kind, Maimonides nevertheless lived as a member of a glittering society. Cairo of that time was full of art, music, literature, elegant fashions, priceless jewelry, and sophisticated food. He moved among the sultan’s wealthy advisors and the elegant ladies of the royal harem during the day, and among the Jewish scholars in the evening. He was accused of supporting corporal punishment for wives, and at the same time, people gasped at his revolutionary defense of women’s rights.

His fame brought controversy that is still raging—eight hundred years after his death. At certain times his books were banned and even burned at the stake. But no one could ever deny that his work was that of a brilliant innovator and scholar who could reconcile religious traditions with science and philosophy like no one else. 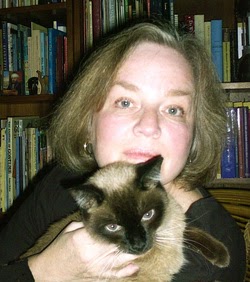 Ilil Arbel is the author of a number of fiction and non-fiction books, including biographies, memoirs, novels, and mythology/folklore. She has also written articles, short stories, and Judaic myths.

Arbel has a Ph.D. in the field of mythology and folklore but has also devoted much study to her special interest in Jewish history, biography, legends, and myths. She is currently engaged in writing the biography of Hillel the Elder, the first century B.C. leader and religious scholar.

Dr. Arbel was born in Tel Aviv, Israel. She has lived and studied in Tel Aviv, Paris, and New York and currently resides in Manhattan.


Where are you from?
I was born and raised in Tel Aviv, Israel.

What’s your latest news?
My latest news is truly brand new! I was invited to contribute a story to an anthology of detective fiction which is going to include some very distinguished writers. I can’t give too many details yet, but I am permitted to say that my story will be a historic mystery set in the 1920’s, named “Madame Koska and Le Spectre de la Rose.”

What inspired you to write this book?
I have always been a great admirer of Maimonides. I consider him one of the most important and influential philosophers/scholars in the Jewish, Christian, and Muslim cultures. All the books I read about him dealt mostly with his work – but I am a biographer; I want a life story! I knew I could dig out interesting facts about his life, his family, and the places he lived. And indeed, I have found wonderful material that I believe could enrich anyone’s knowledge and understanding of the man himself, not just his works.

Is there a message in your book that you want readers to grasp?
I would like the readers to feel the value of inclusiveness, understanding between cultures, and the importance of cooperation among scholars, students, and the intelligent public. Knowledge is universal and must be shared, it belongs to everyone. As Maimonides himself said: “You must accept the truth from whatever source it comes.”

Name a few books that have influenced your life.
Van Loon’s Lives -- I believe this book made me want to write biographies. W. Somerset Maugham’s Collected Short Stories -- he made me want to write, period. Erasmus’ Praise of Folly -- nothing can give better perspective about the silliness of our delusions of grandeur. Thomas Mann’s Joseph and his Brothers -- it was the first book that made me see the depth and the ancient flavor of Jewish culture. Maimonides Guide of the Perplexed -- unique, there is nothing like it, anywhere. Brenda Ueland’s If You Want to Write -- it breaks barriers and removes fears.

Are there any new authors that interest you?
Too many to count…Wayne Zurl, Micheal Maxwell, Linda Hawley, Mary Campagna Findley, Joe Perrone Jr., Belinda G. Buchanan, Margaret Millmore – this is a very partial list.

What are your current projects?
I am working on two projects. The biography of Hillel the Elder, named The Golden Rule. Some of it is already published as a blog on my website as “a book in progress” since I believe that feedback from readers is extremely important, and also because I suspect that many books will be done like that in the future. The Internet opened an entirely new dimension for authors! The second project is a book I was requested to do for the Angela Thirkell Society of North America, who had published several of my books. It is a totally different field – a historical mystery occurring in the 1920’s. The book does not have a name yet – but it is the sequel to Madame Koska and the Imperial Brooch and will be her third adventure.


I would like the readers to know that more than anything else I value feedback. I think any reader’s thoughts, questions, approval or disapproval are the building blocks on which to continue doing what I love best – research and writing. If you feel like talking about the book, my website is listed there. I hope to hear from you!

My Review:
"Moses Son of Maimon"  is a very exciting story about a man who lived in exile through war and still became a very important man . After his family decided to stay in Egypt he wrote "The Mishneh Torah" and his notoriety grew among the Jewish people for his knowledge. Although he seemed knowledgeable his beliefs were hard to understand. Sometimes he seems to be for something and then at the same time against it. His books are still being talked about. I give this book a 4/5. I was given this book for the purpose of a review and all opinions are my own.
a Rafflecopter giveaway
Posted by 3 Partners in Shopping at 11:50 PM