“The most engaging and brilliantly crafted historical work since Margaret Mitchell’s great classic.”


Author, The Gospel According to Prissy


Hamilton Ingram looked out across the fertile Georgia bottomlands that were Moccasin Hollows, seeing holdings it had taken generations of Ingrams to build. No drop of slave sweat ever shed in its creation. It was about the land…his trust, his duty to preserve it for the generation of Ingrams to come…


It is July of 1859, a month of sweltering dog days and feverish emotional bombast. Life is good for widower Rundell Ingram and his Hazel-eyed, roan-haired son, Hamilton. Between the two of them, they take care of Moccasin Hollows, their rustic dogtrot ancestral home, a sprawling non-slave plantation in the rolling farming country outside Queensborough Towne in east Georgia. Adjoining Ingram lands is Wisteria Bend, the vast slave-holding plantation of Andrew and Corinthia Greer, their daughter Sarah, and son Benjamin.


Both families share generations of long-accepted traditions, and childhood playmates are no longer children. The rangy, even-tempered Norman-Scottish young Hamilton is smitten with Sarah, who has become an enticing capricious beauty—the young lovers more in love with each passing day, and only pleasant times ahead of them.


But a blood tide of war is sweeping across the South, a tide that might be impossible to stand before. 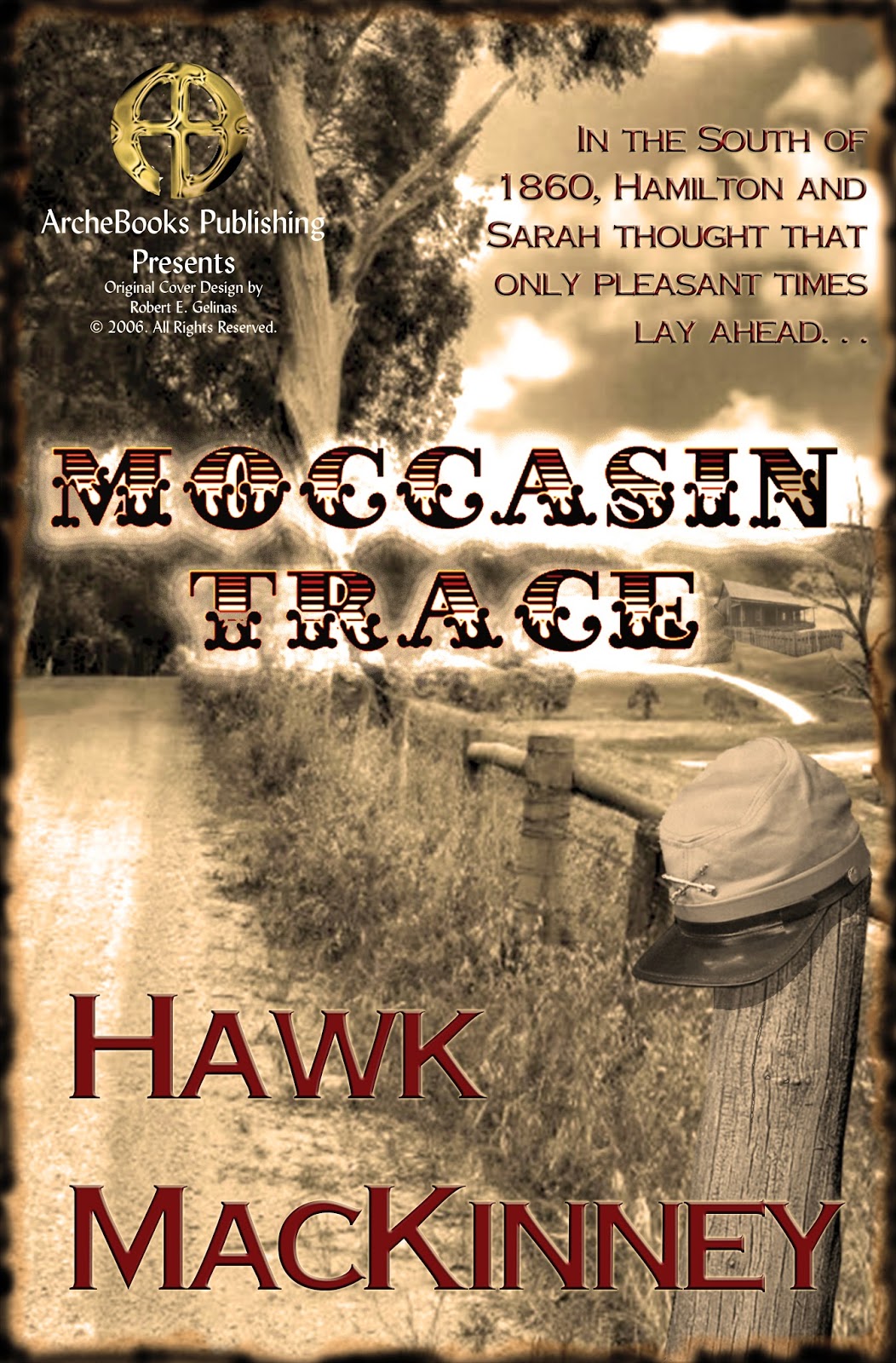 He took special care to have quiet times for Sarah, 'specially since night before last. He got real excited when she told him she might be with child again. She hadn't been sleeping well, often wanted him to rub her aching back. Now he knew why.
Threadbare clothes and unshorn hair gave Hamilton Bothington Graeme Ingram the look of a run-down, unkempt derelict instead of heir to one of the largest non-slave plantations in Saint George Parish. He ducked under what was left of the split-rail fence with its crooked corner post. Rails and most posts had long gone up in the smoke of hoards of campfires.
"Step wide." He reached back to help her through. "I don't want the mother of our children to step on a canebrake rattler catchin' sun on this fine day."
"Lord have mercy." Sarah clutched her bonnet in her hand so as not to get it snagged in the coiled tangle of wire. "I suppose it's up to me to get used to your hoverin' over me again."
"Yep," he grinned. "Reckon my favorite sweetheart will have to do just that."
"Your favorite sweetheart?" She giggled, wrinkled her nose at him. "Just listen to you and your Ingram fiddle-faddled talk."
He grinned as she brushed back strands of the golden hair Hamilton loved to run his fingers through. She gathered her mended skirt, slipped her hand into his, and quickly stepped wide over the fallen post.
"C'mon..." Her voice lilted soft, and she squeezed her grip on his hand. "Let's hurry."
Her singular tenderness refused to let the devastation around them blight their few alone-times. In the spoliation around them, such times when they managed to make it just the two of them held a more-than-special meaning. 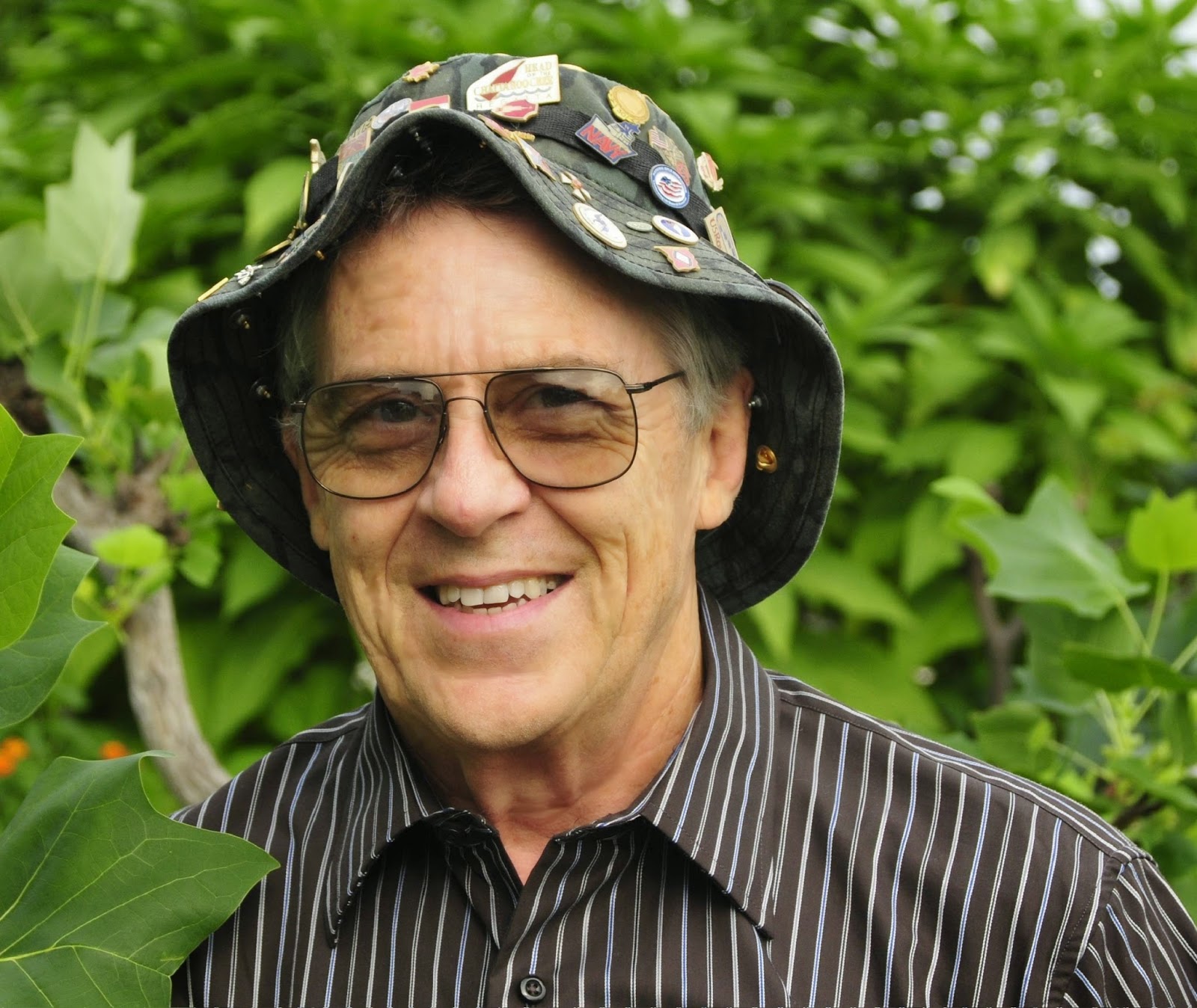 
With postgraduate degrees and faculty appointments in several medical universities, Hawk MacKinney has taught graduate courses in both the United States and Jerusalem. In addition to professional articles and texts on chordate neuroembryology, Hawk has authored several works of fiction.


Hawk began writing mysteries for his school newspaper. His works of fiction, historical love stories, science fiction and mystery-thrillers are not genre-centered, but plot-character driven, and reflect his southwest upbringing in Arkansas, Texas and Oklahoma. Moccasin Trace, a historical novel nominated for the prestigious Michael Shaara Award for Excellence in Civil War Fiction and the Writers Notes Book Award, details the family bloodlines of his serial protagonist in the Craige Ingram Mystery Series… murder and mayhem with a touch of romance. Vault of Secrets, the first book in the Ingram series, was followed by Nymrod Resurrection, Blood and Gold, and The Lady of Corpsewood Manor. All have received national attention. Hawk’s latest release in the Ingram series is due out this fall with another mystery-thriller work out in 2014. The Bleikovat Event, the first volume in The Cairns of Sainctuarie science fiction series, was released in 2012.


"Without question, Hawk is one of the most gifted and imaginative writers I have had the pleasure to represent. His reading fans have something special to look forward to in the Craige Ingram Mystery Series. Intrigue, murder, deception and conspiracy--these are the things that take Hawk's main character, Navy ex-SEAL/part-time private investigator Craige Ingram, from his South Carolina ancestral home of Moccasin Hollow to the dirty backrooms of the nation's capital and across Europe and the Middle East."