Scotia MacAlpin may be only eighteen years old, but she’s no stranger to trouble. Her latest incident—which resulted in a death and forced her clan into battle—has made her an outcast among her exiled people. Scotia is tired of being ignored and trapped in the shadow of her sister, a gifted Guardian of the Targe; and she’s become hell-bent on destroying the army out to capture the ancient Highland relic for their English king.
Duncan of Dunlairig has looked out for Scotia since she started to walk. She was as restless and reckless then as she is now—only the stakes have become higher and more perilous. While the rest of Clan MacAlpin ostracizes her, he secretly helps Scotia become the warrior she yearns to be. But the real test of her skills may come when Duncan needs her help—and her long-forgotten heart—in this thrilling and romantic Guardians of the Targe tale.

Duncan braced himself for the verbal battle to come, but before he could make himself known, Scotia began to move, hesitantly and without her usual grace, but so focused on her task he could almost taste her determination. She watched her feet, letting her weapons go slack in her hands. Even so, he quickly recognized the exercise Malcolm had been teaching the lads a few days ago. She shook her head, then started the series of moves again, talking to herself just under her breath. She repeated the process over and over until, all of a sudden, she flew through the short exercise as if it were a dance she had known her entire life, thrusting, parrying, spinning, attacking the dirt clad roots of a toppled tree. The sharp sound of wood on wood reverberated through the forest like a woodpecker hammering on a hollow log.

His breath caught in his chest. She was magnificent. Beautiful. Strong.

She fought as if demons threatened her life.

And Duncan could not take his eyes off her. She was everything he would expect her to be if he did not know her so well. 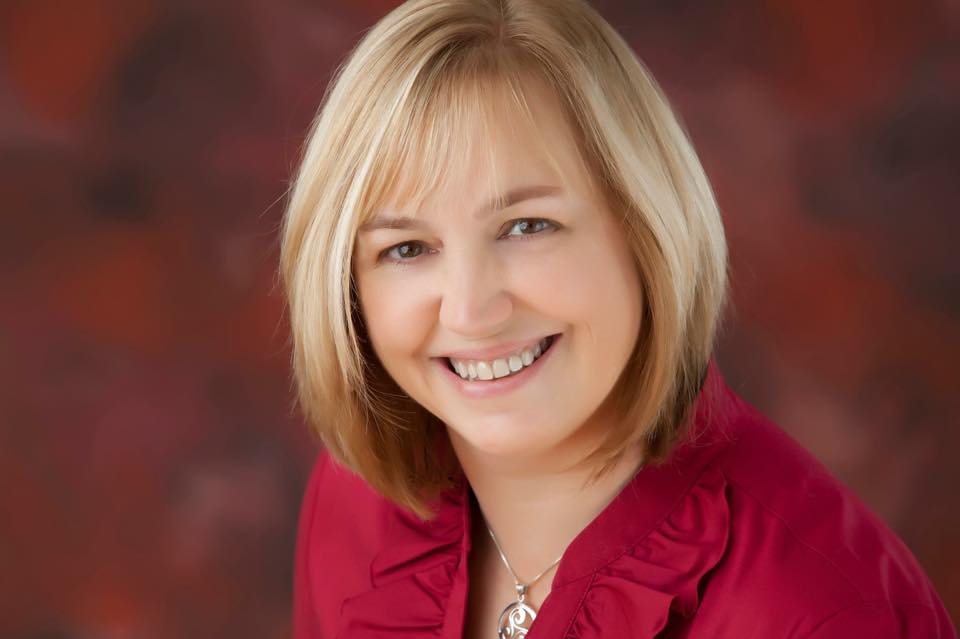 Laurin Wittig was indoctrinated into her Scottish heritage at birth when her parents chose her oddly spelled name from a plethora of Scottish family names. At ten, Laurin attended her first MacGregor clan gathering with her grandparents, and her first ceilidh (kay-lee), a Scottish party, where she danced to the bagpipes with the hereditary chieftain of the clan. At eleven, she visited Scotland for the first time and it has inhabited her imagination ever since. She writes bestselling and award-winning Scottish medieval romances and lives in southeastern Virginia. For more information about all of Laurin’s books, visit LaurinWittig.com