Destiny: ‘The predetermined or inevitable path a person must follow.’


When nineteen year-old Lili McIntyre decides to trade her California summer for a mid-winter visit to Australia, it’s in hope of finding inspiration and direction in the country where her father was born.


But when she arrives in Melbourne, the first thing she finds is the last thing she’s looking for—a brooding man who makes her heart race every time she sees him.


Against her better judgement, Lili finds herself drawn into a relationship that tests her very beliefs about life, reality and fantasy. But the real test is how to follow her destiny as she faces some of the hardest decisions of her life.


Using a modern theme, the author tells an old fashioned love story that you won’t want to put down, even when you’ve finished the last page. 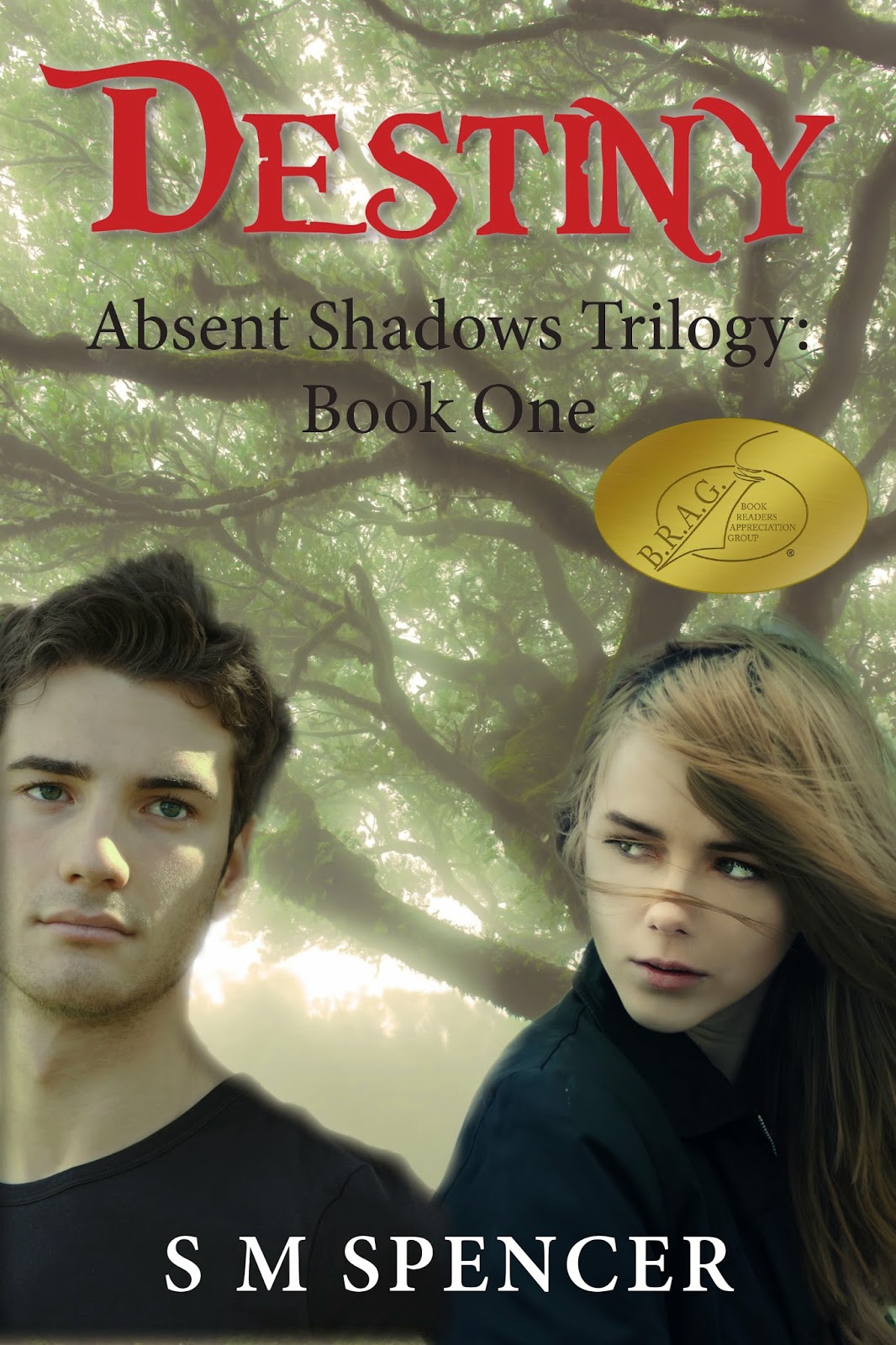 
Sometimes, when something bad happens, time seems to slow to a crawl.


Like that time I was running to visit my friend who lived down the street. I was only about ten at the time, but it seemed like it was yesterday. I remember exactly how it felt as I ran down that street toward her house. And how, when I was only part way there, I stepped on an acorn and my foot rolled out from under me. As I fell, the pavement got closer and closer to my face—in horrible slow-motion. I hit the ground with my hands stretched out in front of me, scraping the skin off both palms. They barely bled but man they hurt like crazy.


Yes, I could replay that memory like a slow-motion movie in my head even now—years later.


What happened next was like a series of still photos. Tom flew out of the bedroom in a blur, but stopped just long enough for the image of his face to be burnt into my mind. His eyes were no longer soft brown, but were instead a glowing red, and his normally tanned complexion was now pallid grey. But what really stood out was the blood that ran down from the corner of his mouth.


Then I heard Sam’s voice—loud and harsh. ‘Go!’


Tom was gone and I heard the door slam.


I closed my eyes for no more than a long blink—it couldn’t have been more than a second—but when I opened them, Sam was in the bedroom, bending over Claire. Was he doing something to her neck? She was so still.


I ran to the doorway but stopped short of going in. I couldn’t draw a breath to scream or talk. I just stood there, frozen.


S M Spencer was born and raised in the San Francisco Bay Area.


As a young teenager her mother introduced her to the world of romantic suspense by encouraging her to read the works of authors such as Daphne du Maurier and Mary Stewart. These books stirred a passion in her that would last a lifetime—to become a writer.


Feeling the need to experience life before embarking on a writing career, Ms Spencer completed a business degree. Her career eventually landed her in Melbourne, Australia, where she has lived ever since. Yet her true passion to be a writer never abated.


SM Spencer now writes from her home in the outskirts of Melbourne, where she lives with her husband, horses, cats and dogs.