Sarcastic demon-slayer extraordinaire Jordan Amador has been locked in a year-long struggle to hunt down the thirty silver coins paid to Judas Iscariot. The mere touch of these coins is enough to kill any angel.


Jordan's demonic opposition grows more desperate with each coin found, so they call on the ultimate reinforcement: Moloch, the Archdemon of War. Moloch puts out a contract on Jordan as well as her estranged husband, the Archangel Michael. Now Jordan and Michael will have to find a way to work together to survive against impossible odds and stop Moloch's plan, or else he’ll wage a war that will wipe out the human race. 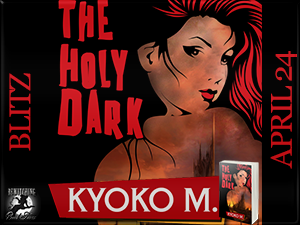 
Chattanooga had been a nice place to live for the past ten months, a fact proven by my utter disapproval of the hotel we checked in the following night we left. The safe house was in Montpelier, Vermont and by car it was an eighteen-hour drive. However, the two of us were exhausted from the recent fights we’d had and needed some sleep so we stopped in Newburgh, Connecticut. We’d camp out here for the night and then leave first thing in the morning.


Myra worked at an office supplies store back in Tennessee, which paid alright, but neither of us were exactly swimming in cash. The hotel we chose was not of the highest caliber. The only benefits it boasted were cable television and air conditioning. I missed my thin pillows and slightly lumpy mattress back home.


We were behind schedule, but only slightly. Myra went to buy some dinner while I opted for a long, hot shower. It wasn’t a nice place to stay, but it had one admittedly awesome amenity—a handheld sprayer with plenty of settings. I stayed in until my fingertips were pruny, mulling over recent events and hoping that a clear solution would arise. No such luck. We were still on defense. I didn’t like it, not one bit. The weight hanging off my soul was starting to make my knees buckle. I had to fix this. I had to save the angels. I owed them. They had shed blood for me more than once. I wasn’t going to disappoint them, not again. Never again.


I finished rinsing out my hair and groped for the towel with my eyes closed to avoid getting any residual shampoo in them. Weirdly, my fingers hit nothing but the moist air near the rack. Frowning, I reached out farther. It wasn’t there. Had it fallen onto the floor?


I froze. A deep, mocking, dry-as-sandpaper voice. No. Please, God, let it just be my imagination.


I pried my eyes open and ducked my head around the shower curtain. There, in front of the sink, stood a tall, pale-skinned man with shoulder-length hair as black as soot and a smile as sinister as the devil himself. His eyes were the lightest hue of blue that existed and the pupils were thin and diamond-like rather than round. His features were vaguely European—small forehead, narrow nose, thin but sensual lips, arched eyebrows—but I knew he didn’t have an accent.


He clutched my towel in his long-fingered hand, the other tucked in the pocket of his easily seven-hundred-dollar black suit pants. I recognized his favorite dark color scheme—a charcoal grey button up shirt, black silk tie, and Gucci dress shoes.


The archdemon Belial was standing in my bathroom.


Kyoko M is an author, a fangirl, and an avid book reader. Her debut novel, The Black Parade, has been on Amazon's Bestseller List at #5 in the Occult Horror category. She has a Bachelor of Arts in English Lit degree from the University of Georgia, which gave her every valid excuse to devour book after book with a concentration in Greek mythology and Christian mythology. When not working feverishly on a manuscript (or two), she can be found buried under her Dashboard on Tumblr, or chatting with fellow nerds on Twitter, or curled up with a good Harry Dresden novel on a warm central Florida night. Like any author, she wants nothing more than to contribute something great to the best profession in the world, no matter how small.


5 eBook copies of The Holy Dark