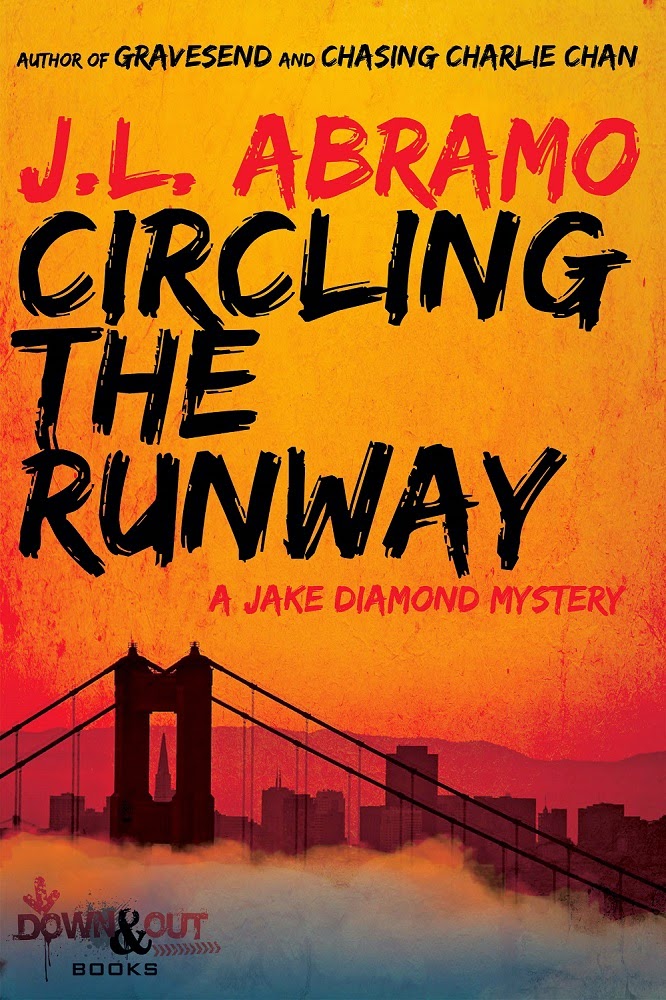 Private Investigator Jacob Diamond and San Francisco Detective Sergeant Roxton Johnson are famous for not getting along. Cats and dogs. Oil and water. Liston and Ali. Jake and Rocky.
When an assistant district attorney is murdered in his high-rise apartment building, and Johnson suspects his lieutenant may have something to do with it, he can think of no one else to turn to for help—no one he can trust except Jake Diamond.
If the mismatched duo can avoid stepping on each other’s toes long enough—they may be able to stop circling the runway and land on the villain’s doorstep. Lieutenant Laura Lopez, Detective Ray Boyle, Joey Clams, Vinnie Strings and Darlene Roman are all back in the first new Jake Diamond escapade since Counting to Infinity. 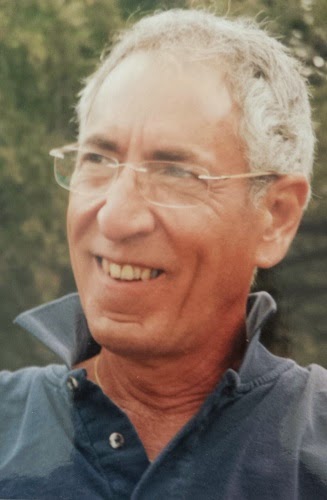 J. L. ABRAMO was born in the seaside paradise of Brooklyn, New York on Raymond Chandler’s fifty-ninth birthday. A long-time educator, journalist, theatre and film actor and director, he received a BA in Sociology at the City College of New York and an MA in Social Psychology at the University of Cincinnati.
Abramo is the author of the Jake Diamond mystery series including Catching Water in a Net (recipient of the MWA/PWA Award for Best First Private Eye Novel), Clutching at Straws, Counting to Infinity, and the prequel Chasing Charlie Chan—as well as the stand-alone crime thriller, Gravesend.
Abramo is a member of the Mystery Writers of America, International Thriller Writers, Private Eye Writers of America and Screen Actors Guild.
The author lives in Denver, Colorado.

Get Your Own Copy!

This is a giveaway hosted by Partners In Crime Virtual Book Tours for J.L. Abramo & Down and Out Books. There will be THREE winners of an ebook copy of Circling the Runway by J.L. Abramo. The giveaway is open to US residents only. The giveaway begins on April 18th, 2015 and runs through June 2nd, 2015. Visit each of the tour stops for additional giveaways! a Rafflecopter giveaway

I just finished reading , "Circling the Runway"  by J. L. Abramo   A Jake Diamond Mystery and I found it to be an interesting story. Jacob Diamond is a Private Investigator who does not like working  with Roxton Johnson who is a San Francisco Detective Sergeant. The problem is that when someone is found dead and they happen to be important Johnson has no choice but to call Jacob Diamond even though he doesn't really want to. After all he only trusts him. Maybe if they start to try to work on the crime together they will solve it. But, will they be able to help each other long enough? I liked the characters and the storyline. I will be reading the author's other books as soon as I can. I give this book a 4/5. I was given this book for the purpose of   review and all opinions are my own.