When Least Expected, Waiting for Ethan, Needs a Little TLC and Going Deep


Alexis Montgomery thought her marriage was fine. Sure, they were going through hard times, struggling to get pregnant—but she and Ian had chemistry, friendship, and love. Or so she thought, until she found the separation agreement waiting for her on the countertop.


Ian Montgomery feels like life is spinning out of his control. He’s got a new girlfriend, even if he can’t remember why he’s supposed to want one. His family clearly likes his ex-wife more than they like him. And then he inherits the romantic family cabin in the rolling Blue Ridge Mountains, where he and Alexis honeymooned. Or rather, they both inherit it. Together.


A weekend alone with fresh air and fresh wounds seems like the worst thing that could happen to an ex-couple trying to keep it civil. But life is full of surprises—and Ian and Alexis are in for a big one…

One very early morning, Allison B. Hanson woke up with a conversation going on in her head.  It wasn’t so much a dream as being forced awake by her imagination. Unable to go back to sleep, she gave in, went to the computer, and began writing.  Years later it still hasn’t stopped.


When Gina Rossi was in junior high, her best friend’s psychic grandmother got everything right—from predicting that Gina would break her arm and travel to Italy, all the way to leading police to a missing neighborhood child. The one time Gina didn’t listen to her, she almost got herself killed. So when she says that Gina will marry a man named Ethan—but she will have to wait for him—Gina believes her, and waits…


Now thirty-six, Gina’s Mr. Right is nowhere in sight—until the day she’s stranded in a snowstorm, and rescued by the last type of Ethan she expected. It’s very romantic, yet surprisingly not. This Ethan is sexy, and clearly her hero. Still, instead of her “Aha” moment, Gina’s confused. And when Ethan is happy to discover she’s single, does Gina dare tell him, It’s because I’ve been waiting for you. But the bigger question is, does she dare question destiny—by taking it into her own hands? And is she brave enough to handle what happens once it’s time to stop waiting—and start living?

Though she always dreamed about being the shortstop for the Boston Red Sox, Diane Barnes is a marketing writer in Massachusetts. She participates in two monthly writing groups and attends novel writing workshops in Boston and Worcester, Massachusetts.


She started “Waiting for Ethan” as a challenge to participate in National Novel Writing Month. The original story was about a character who dated a string of freshly divorced men who all had issues with their ex-wives. She won’t say if that idea came from her dating experiences.


In 2012, Diane was one of eight writers who attended the Boston Writers’ Studio, an exclusive four-day intense writing workshop taught by bestselling author Elizabeth Berg. Diane says having her idol read her work was a moment she’ll never forget.


When not crafting novels, Diane spends her time playing tennis, going to the beach or watching her beloved Red Sox. She completed her first half marathon in 2014 (to combat her love of chocolate) and lives in central Massachusetts with her husband Steve; they often fantasize about moving to Turks and Caicos – for the winter months at least.


In Spinning Hills, Ohio, “quirky” is a good thing—especially the charming houses that line the streets. One by one, the Amador brothers are restoring them, committed to a new beginning for the old-fashioned town. But they’re learning that every house needs a heart to be a home…


Real estate agent Cassidy Morgan specializes in historic homes, but her own history is something she likes to avoid. Back in Spinning Hills for the first time in ten years, she has a chance to put her small agency on the map as the premier realtor of restored houses. But it means a partnership with the one man she’s never forgotten—and can’t quite resist…


Sam Amador doesn’t quit—and he doesn’t run away from his problems, like a certain stubborn, extremely attractive real estate agent did all those years ago. Working with Cassie is a risk, but Sam knows his heart is more likely to suffer than his renovation business. How can he convince her that this time, Spinning Hills is where she belongs—and that his love has always been hers? 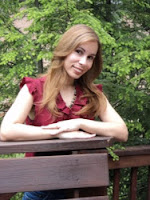 Ines Saint was born in Zaragoza, Spain. She’s bilingual and bicultural and has spent the last ten years raising her fun, inspiring little boys and sharing her life with the man of her dreams, who also happens to be her best friend and biggest cheerleader. Her greatest joys are spending quality time with family and close friends.


Brooke Hastings almost won a Pulitzer Prize for her hard-hitting reportage. Now she’s sitting on the story of a lifetime and wants to prove she’s not a one-hit-wonder. But in order to get the world to take notice, she’ll need the help of the one person she loves to hate—Brian Dalton.


Brian Dalton stumbled into celebrity when he landed a show on the Earth Channel. But the hunky marine biologist never forgot the serious, studious boy who left Mobile a decade before. Now back in Alabama, he’s looking for the quiet life he always wanted and hoping for a chance with the girl he always loved. When Brooke asks him to help expose some of the lingering effects of the Gulf oil disaster, Brian jumps at the chance to help preserve the place both call home… 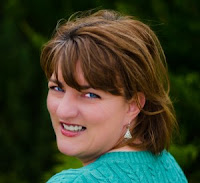 Maggie Wells is a deep-­‐down dirty girl with a weakness for hot heroes and happy endings. By day she is buried in spreadsheets, but at night she pens tales of people tangling up the sheets. The product of a charming rogue and a shameless flirt, this mild-­‐mannered married lady has a naughty streak a mile wide.


Waiting for Ethan and Going Deep at 3 Partners and Shopping


Book featured at The Book Refuge


Book featured at The Book Czar