Across the Long Sea by Sarah Remy Book Tour


Across the Long Sea 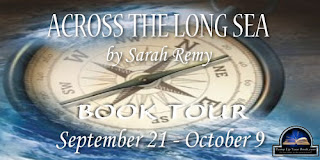 
The gripping follow-up to Stonehill Downs 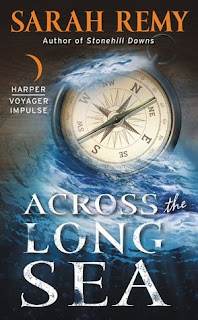 As the most valuable asset in the kingdom of Wilhaiim, Malachi Doyle has many responsibilities—protector, assassin, detective, and King Renault’s right-hand man. And until he met Avani in the cursed village of Stonehill Downs, he believed he was the last of his kind: a magus who can communicate with the dead.


But Wilhaiim is left vulnerable when Mal and his page, Liam, are kidnapped and ferried across the Long Sea to a warring kingdom in search of its own magus. To make matters worse, a springtime plague is rapidly spreading, and beneath the earth the sidhe are preparing for war. With Mal missing and presumed dead, Avani reluctantly takes his place as Wilhaiim’s magus. But her powers are unreliable and untested, her many allies are treacherous, and she is certain Mal is alive. Will she be able to keep Wilhaiim—and herself—safe?


In 1994 Sarah Remy earned a BA in English Literature and Creative Writing from Pomona College in California. Since then she’s been employed as a receptionist at a high-powered brokerage firm, managed a boutique bookstore, read television scripts for a small production company, and, more recently, worked playground duty at the local elementary school.


When she’s not taking the service industry by storm, she’s writing fantasy and science fiction. Sarah likes her fantasy worlds gritty, her characters diverse and fallible, and she doesn’t believe every protagonist deserves a happy ending.


Before joining the Harper Voyager family, she published with EDGE, Reuts, and Madison Place Press.


Sarah lives in Washington State with plenty of animals and people, both. In her limited spare time she rides horses, rehabs her old home, and supervises a chaotic household. She can talk to you endlessly about Sherlock Holmes, World of Warcraft, and backyard chicken husbandry, and she’s been a member of one of Robin Hobb’s longest-running online fan clubs since 2002.


Find Sarah on Twitter @sarahremywrites, and on Tumblr at huntpeck.


Book featured at Bookcrastinators in Wonderland


Guest blogging at The Literary Nook