Aidan Brook has spent months living with the horror of what happened when she lost control of her magic. Now she is searching for a way to manage her immense power, but she only hits one dead end after another.

On the run from a council intent on her death, Aidan, the bear shifter Mac, and the rest of her friends find themselves on a desperate chase across deserts and oceans in search of answers. Along the way, they encounter a living myth and a dual magic with secrets of his own—and they learn that the cure may be more deadly than the disease.

To save her own life, Aidan will need to confront the most dangerous foe she’s ever faced…herself.

LOST CAUSES is the fourth book in the award-winning Elements urban fantasy series. 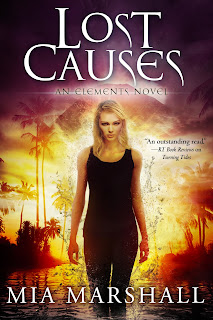 
“This may not be the best time for a heartfelt apology.” Sera’s tone was dry, but her dark eyes held no hint of humor. They weren’t focused on me, either. All her attention was reserved for the tall man with a gun standing before us.


I knew little about guns. They were one of the few ways to instantly kill any elemental, even an old one, so we tended to be big believers in gun control. It was a handgun, rather than a shotgun, and it didn’t look like one of the modern blocks of metal I saw in most action movies. If anything, it looked more like the six-shooters from old westerns.


The stranger slid his eyes to me, though the gun never wavered. He was outnumbered, and my appearance only tilted the scales further in our favor, but he showed no sign of nerves. “Come on, then. Join your friends.”


A growl rumbled through the night.


The man was smart enough to move his eyes toward Mac. “You’re weighing the odds right now, aren’t you? Figuring out how fast you can move versus how fast I can pull the trigger. I’ll give you a hint.” He swung the gun to his right until the barrel pointed straight at me. “Not fast enough.” 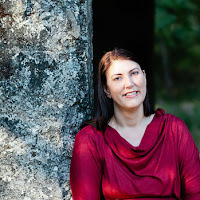 
Mia Marshall is the award-winning author of the Elements urban fantasy series. Before she started writing about imaginary worlds, she worked as a high school teacher, script supervisor, story editor, legal secretary, and day care worker. She has lived all along the US west coast and throughout the UK, where she collected an unnecessary number of degrees in literature, education, and film.


These days, she lives in a small house in the Sierra Nevadas, where she is surrounded by a small but deadly feline army.


NOTE: The first book of the series, BROKEN ELEMENTS, is now FREE!!!