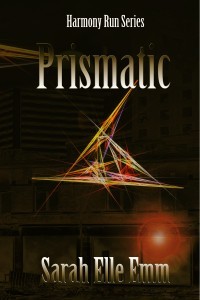 Rare glimpses of birds are the only reminder of the freedoms Rain Hawkins once had. Now segregated into a mixed-race zone within the United Zones of the Authority, under tyrannical rule of President Nicks, Rain is forced to endure the bleak conditions set upon her. The possibility of a way out arises when Rain discovers an organized resistance called The Freedom Front, and learns that she, along with many other multi-racial people, has special abilities. Determined to overcome her situation, Rain sets out on a mission with the resistance that will fill her life with wonder, romance, and the undying hope for a better world. 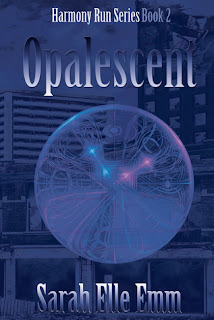 Still enslaved in a mixed-race zone within the United Zones of the Authority, Rain Hawkins is part of a secret resistance preparing to take on the tyrannical President Nicks before plans to kill the mixed zones across UZTA are executed. When unsettling dreams and a mysterious voice begin to haunt the dark nights, Rain fears someone more powerful than she has discovered the resistance and their secret abilities. With a known Authority spy on her heels, and her boyfriend, Jabari, suddenly acting strange, Rain doesn't know who to trust and if the voices calling to her are friend or foe. As conditions across all of the zones get worse and the stakes rise, Rain embarks on a quest for answers that will put the people she cares about most in more danger or take them one step closer to the truth and their eventual freedom. 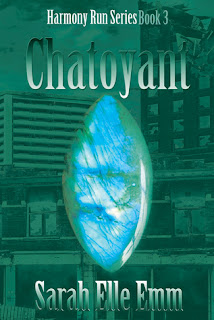 In the wake of an interrogation led by the UZTA's dictator, President Nicks, Rain Hawkins and her friends must deal with the consequences of their defiance as the countdown continues towards the execution of the mixed-zone citizens across the United Zones of The Authority. The Freedom Front faces new challenges as Rain's cousin, Calista, prepares for her impending relocation to the pure zone, and Rain sets out to solve the mystery surrounding her mother's torment while being followed by an officer of the Elizabeth Guard. As she uses her abilities to dodge The Authority and follows the strange clues from her dreams, Rain is determined to persevere, to secure the future she and Jabari have been fighting for, and to earn The Freedom Front's ultimate goal of liberation. 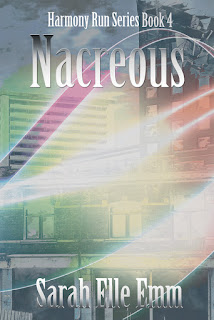 After two members of The Freedom Front are arrested and interrogated by the UZTA’s tyrannical President Nicks, Rain Hawkins and her friends face the alarming reality that their plans to liberate the mixed zones across the United Zones of The Authority might not come to fruition. While the resistance movement is growing outside the walls of the zones, the president’s forces are strengthening and putting citizens everywhere in more peril than ever. When Rain receives warnings that her cousin, Calista, has agreed to support plans to kill the mixed zones, and that her life could be on the line at the upcoming pure zone initiation ceremony, she must decide where her loyalties lie and if all of her allies can be trusted. As The Freedom Front use their abilities to unravel the mystery of the ceremony, The Authority captures some of their friends, forcing TFF to either go into hiding, or plan a rescue mission that could jeopardize everything they’ve been fighting for.

Sarah Elle Emm is the author of the HARMONY RUN SERIES, a young-adult fantasy and dystopian series, released in May 2012 by Winter Goose Publishing. (PRISMATIC, May 2012, OPALESCENT, February 2013, CHATOYANT, September 2014, NACREOUS, August 2015) Her debut fiction novel, MARRYING MISSY, was published by Bird Brain Publishing in October 2011. Sarah is a graduate of The University of Evansville, she has lived and worked in Mexico, Germany, England, the U.S. Virgin Islands, and has traveled extensively beyond. Sarah lives in Naples, Florida with her family. When she’s not walking the plank of her daughters’ imaginary pirate ship or snapping photos of Southwest Florida scenery, she is writing.
Stalk the Author:
Website I Facebook I Twitter I Goodreads I Amazon Author Page