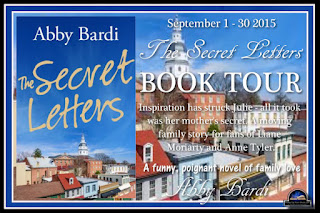 
When thirty-seven-year-old slacker-chef Julie Barlow's mother dies, her older sister Pam finds a cache of old letters from someone who appears to be their mother's former lover. The date stamped on the letters combined with a difficult relationship with her father leads Julie to conclude that the letters' author was a Native American man named J. Fallingwater who must have been her real father.


Inspired by her new identity, Julie uses her small inheritance to make her dream come true: she opens a restaurant called Falling Water that is an immediate success, and life seems to be looking up. Her sister Norma is pressuring everyone to sell their mother's house, and her brother Ricky is a loveable drunk who has yet to learn responsibility, but the family seems to be turning a corner.


Then tragedy strikes, and Julie and her siblings have to stick together more than ever before. With all the secrets and setbacks, will Julie lose everything she has worked so hard for? 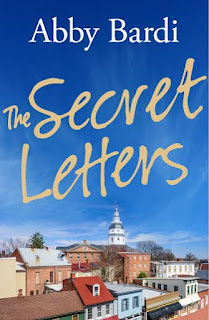 
The casket was a double-wide, with painted flowers on the side like a circus wagon. Pam said it looked like hippies had scrawled on it with crayons while tripping.


“She’s at peace now,” one of our idiot cousins said to someone I half-recognized from when my mother used to drag us to West Virginia, where she was born. “Just a bunch of goddamn hillbillies in the Mountain State,” she always said, like she was Martha Stewart.


“Shut up,” Pam muttered in the cousin’s general direction, smiling like she was saying something nice. I hoped she planned to provide snark during the funeral, since I didn’t know how I would make it through otherwise. My other sister Norma was in the front pew sobbing. We were keeping our distance from her, not because of anything in particular, but because we always stayed out of her way if we could. It didn’t pay to try to comfort her, since anything you said would be the wrong thing.


The casket was closed, thank God. Our mother had left strict instructions about this and everything else when she was still conscious. Even while dying, she was a control freak, and amazingly vain for someone who weighed just shy of 400 pounds, even with terminal cancer. “You’re beautiful,” we always said to her in a Hollywood voice, “don’t ever change.” She knew we were just messing with her, but she always smiled and patted her hair.


“Haven’t seen him. It’s so crowded.” I scanned the room.


“Did any of these weirdos actually know her?”


“I don’t know. I bet those fat guys were football players at her high school.” I wiped my eyes, though I knew it was a bad idea, smear-wise.


“Oh, there he is.” Pam pointed to the back of the room and I spotted our older brother. He was wearing a dark suit that made him look like a Mafia don, talking to some blond guy. She tried waving, but he didn’t notice. His eyes were on the casket. He hadn’t seen our mother in almost a year, and I was sure it was hard for him to believe she was gone. Tough shit for him, I thought. He could have come here when it would have made a difference. Now it didn’t matter to anyone what he did.


“Is The Asshole coming?” I asked, referring to our father.


“No, he says he has a schedule conflict.”


“Probably golf. You’d think he could at least manage to show up for this.”


“So he says. He’s probably still banging down Zombies at strip clubs.”


“Try not to be bitter, Julie. It’s unattractive.”


As the minister cut in and began to read the eulogy my mother had probably written for him, my mind started wandering like I was in grade school waiting for the bell to ring. I tried to concentrate, but I couldn’t. Every so often I’d tune back in and hear things that weren’t true. Her devotion to other people. Her service to the community. Her wonderful family life—I could just about hear her voice coming out of the guy’s mouth. I didn’t know where she found him, since she never went to church. I figured he was an actor she hired to play a minister, and made a mental note to mention this to Pam.


As he droned on in his phony actor voice, I closed my eyes and imagined walking through the woods on the hill behind our house. Most of it was gone now, bulldozed to make room for the townhouse development just over the ridge. I made a path through the old trees, and the dogs ran in circles around me. Ahead of me was the pond, though in real life it wasn’t there any more either, except for the hints that sometimes bubbled up in people’s driveways. I was going to dangle my bare feet in the water. I could hide there all day, and no one would know where I was. Then I would run back through the trees to our house, with the dogs behind me, and my mother would be there, and Frank, and Donny.


When I opened my eyes the minister was gone, and some cousin who hadn’t seen my mother in years was reading from a wrinkled piece of paper. She was stumbling over the words, maybe because it was Mom’s loopy handwriting, or maybe she couldn’t read. It was Mom’s life story minus all the bad parts and made going to high school in East Baltimore, meeting The Asshole, and having five children with him sound like an E! True Hollywood Story. Norma was born six months after the wedding, and it didn’t take a mathematician to figure out the facts, but the cousin glossed over that, and the ugly divorce, and finished with the happy ending, my mother finding true love with Frank and then having little Ricky. Ricky, on my left, burst into loud sobs. I put my arm around him and he cried onto my shoulder. I could smell he’d been drinking again. I would have pulled him onto my lap like I used to, but he was a big boy now. When I looked at him with his tattoos, dreadlocks, and piercings, I still saw that cute little blond guy and felt how much we had loved him. We still loved him that much, but it was complicated.


Pam leaned across me and held his hand. “You’ll be fine, sweetie,” she whispered to him, though we were pretty sure he wouldn’t. 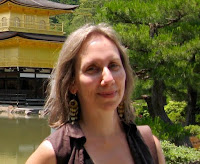 
Abby Bardi is the author of THE BOOK OF FRED and THE SECRET LETTERS. She grew up in Chicago, went to college in California, then spent a decade teaching English in Japan and England. She currently teaches at a college in Maryland and lives in historic Ellicott City with her husband and dog.