The Madness of Lord Westfall by Mia Marlowe Book Tour

The Madness of Lord Westfall 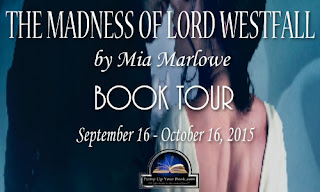 
Pierce Langdon, Viscount Westfall is mad. Everyone knows it. He fell from a tree when he was a boy and woke to hear strange voices. When the voices grow stronger as he grows older, his family commits him to Bedlam. But what he hears are the thoughts of those around him—a gift to be used in service to the Order of the M.U.S.E. Until he falls again…this time for a totally unsuitable woman.


Lady Nora Claremont  hides her heartbreak behind the facade of a carefree courtesan. Viscount Westfall is the most confusing man she’s ever met. He seems to know exactly what she wants…and what she’s thinking. 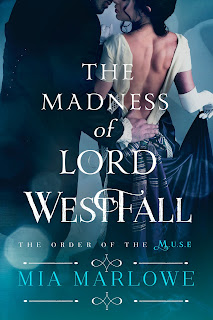 Which is a dangerous thing, because what Nora wants is Pierce.


The Madness of Lord Westfall is available for order at

Mia’s work was featured in the Best of 2010 issue of PEOPLE magazine. One of her books was on display at the Museum of London Docklands next to Johnny Depp memorabilia. The RITA nominated author has over 25 books in print with more on the way! For more info, please visit http://www.miamarlowe.com!


Book reviewed and Guest blogging at What I’m Reading


Guest blogging at Around the World in Books