The First Life of Vikram Roy Book Tour and Giveaway

Vikram never should have left his family, but when Vikram's father brings his half-brother Vishal home, life will never be the same. Vikram thinks things will be better now that he's gone. He's met the love of his life, his future looks bright and then everything is shattered. Now, his family's life is hanging in the balance, and only Vikram can do what needs to be done to save them. From the bestselling dystopian fiction author with over 200 reviews and ratings of her dystopia books across Goodreads, Amazon and other retailers.

If you’re looking for books like Hunger Games, then this dystopia romance series, The Ruby Iyer Series is it. 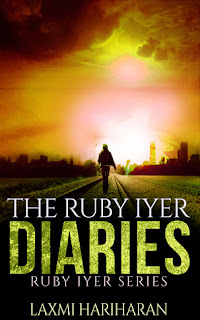 About the origins of Ruby Iyer:
Growing up in Bombay, my daily commute to university was inevitably nightmarish. It's just how public transport is here. The man behind you on the bus will brush up against you. You know you are going to be felt up on a crowded train platform. All you can do is accept it and get on. Or so you think. I did too, until, a young photojournalist was raped in the centre of Bombay in broad daylight.  It made me furious. Nothing had changed in this city in all these years. Then, I had a vision of this young girl who would not back down; who would follow her instincts, stand up for herself regardless of consequences.  Thus Ruby Iyer was born. Make no mistake, Ruby’s her own person. She leads. I follow. You can download the RUBY IYER DIARIES, the prequel novelette in the series free HERE 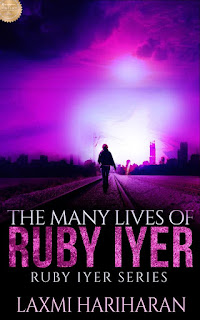 About The Many Lives of Ruby Iyer

When her best friend is kidnapped, Ruby will stop at nothing to rescue him.

Criminals run the streets of Bombay. Jam-packed with the worst degenerates. The city is a shell of the pride and joy it used to be. Ruby knows something must be done, but it isn’t until her best friend is kidnapped by the despotic Dr Braganza that she knows that she and she alone must save city, save her best friend, save the world from total destruction. Armed only with Vikram, a cop-turned-rogue they are about to embark on a road they may never return from. If you’re looking for fast-paced books like Hunger Games or dystopia fiction like Angelfall, the Ruby Iyer series is perfect for you.

DOING MY BIT
All SEPTEMBER earnings from the RUBY IYER SERIES will be donated to SAVE THE CHILDREN: SUPPORT CHILD REFUGEES OF SYRIA. All the RUBY IYER books with their brand new covers, are on SALE all this month at 99p/c & Rs 69/49. Click HERE to buy them. 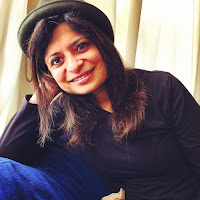 She almost died. But when dystopia romance author Laxmi Hariharan had a near death experience, she was told to write. Laxmi is the creator of dystopian romance series, RUBY IYER SERIES (The MANY LIVES OF VIKRAM ROY - FINALIST Indie Excellence Awards, the bestselling The RUBY IYER DIARIES , The FIRST LIFE OF VIKRAM ROY, The SECOND LIFE OF RUBY IYER & VIKRAM ROY, PANKY's FIRST LIFE), and the Amazon bestselling, eLit Gold winner, The Destiny of Shaitan (Bombay Chronicles, 1). If you're looking for books like Divergent and Angelfall, you'll love the RUBY IYER SERIES.
Laxmi writes books similar to Hunger Games while listening to electronica & progressive rock, and downing innumerable cups of extra sweet ginger-chai. She is also an avid photographer of street art and believes she was a tree -- a redwood -- in her past life. London is where she creates. Bombay is what fires her imagination.

GIVEAWAY
The First Life of Vikram Roy, The THIRD book in the RUBY IYER Series, launches this month. To celebrate the launch of the FIRST LIFE OF VIKRAM ROY I am giving away a $30 gift card. Winner will be drawn, Oct 1, 2015, and announced in my next newsletter.