Nightbloom by Juliette Cross, Ever after by Odessa Gillespie Black, Summit of the Wolf by Tera Shanley Ghost For Sale by Sandra Cox Blog Tour


Nightbloom, Ever After, Summit of the Wolf and Ghost For Sale


The love between a human and a Morgon, the dragon-hybrid race, tempts fate once more… 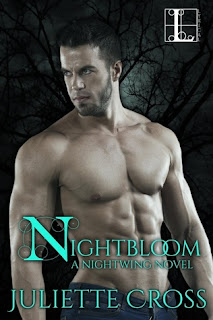 All her life, Ella Barrow has allowed others to make her decisions. Forced to stifle her artistic talents and stay in a loveless relationship with Clayton Kerrington, the man her mother believes to be her perfect match, Ella’s life may be safe—but it’s not her own. Paxon Nightwing, on the other hand, is anything but the safe choice.


A charming and alluring Morgon, Paxon sees Ella for the woman she truly is. His bold confidence and protective nature ignites a passion she’s never felt before. But a dark family tragedy forces their secrecy—until Clayton makes it impossible to hide their clandestine affair. Will Ella be strong enough to fight for herself at last? Or will she succumb once more and risk losing the only man she’s ever loved?

Juliette calls lush, moss-laden Louisiana home where the landscape curls into her imagination, creating mystical settings for her stories. She has a B.A. in creative writing from Louisiana State University, a M.Ed. in gifted education, and was privileged to study under the award-winning author Ernest J. Gaines in grad school. Her love of mythology, legends, and art serve as constant inspiration for her works. From the moment she read JANE EYRE as a teenager, she fell in love with the Gothic romance–brooding characters, mysterious settings, persevering heroines, and dark, sexy heroes. Even then, she not only longed to read more novels set in Gothic worlds, she wanted to create her own. 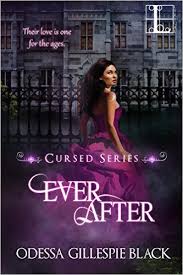 
In order to fully inherit a millionaire’s fortune, Allie Knowles must survive a month on her property—easier said than done when the enormous house is haunted by a violent ghost who claims to know Allie. But the true mystery lies with Cole Kinsley, the handsome groundskeeper. Cole and Allie have never met, though he’s been driving her wild in her dreams for years. Yet now, every effort to get closer to him pushes him further away…


Cole has only ever loved one soul and that love has endured for centuries. Now that soul rests within Allie’s body and it takes everything in his power not to confess the truth. For her presence has put them both in mortal danger. Racing against the clock, Allie will have to break the ghost’s curse—or history will be doomed to repeat itself.

Odessa Gillespie Black lives in the beautiful North Carolina foothills with her husband, four children, Chihuahuas Little Bit and Rico, and rescued Lab and Pit mix, Mo. When not chasing dogs around the backyard and tackling the daily duties of mother-and-wife-hood, she enjoys watching horror movies, and reading and writing paranormal romance. Readers can visit Odessa’s website: odessablack.wordpress.com, and find her on Facebook. 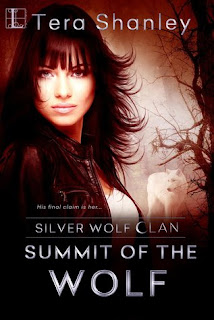 
Morgan Carter is a claimed werewolf. Only her mate, Greyson Crawford, has the right to protect her, and to love her. But that hasn’t stopped rival packs from challenging Greyson’s claim. Morgan is the last silver wolf—the only female with the ability to produce werewolf offspring, which means there are many who would defy pack law to make her their own.


When war comes to the Silver Wolf Clan on the eve of The Summit, Morgan and Greyson have no choice but to fight for their kind. With the arrival of an ancient enemy, the two realize that the war has only just begun, and to survive the greatest threat they have ever faced, they must learn to trust each other again…

Born and raised in small town Texas, Tera Shanley grew up in books. Her cousin gifted her a signed copy of Beauty by Bill Wallace when she was young and that was it for her. So smitten was she with getting lost in a story, that while other eleven year olds her age were groaning at the accelerated reader program in school, she was racking up the points just for fun.


Balancing chronic book-wormyness is her devotion to the outdoors. Hunting, fishing, hiking, horseback riding, camping – her soul is happiest out of doors. And lucky for Tera, her family feels the same. She grew up a wild child helping her grandma ranch cattle, and has a hundred memories out in the wilderness which tend to influence her books.


When she’s not eating chocolate, slinging rifles, or soaking up some sun, she’s lost in a book, but these days it’s more often one she’s writing. From historic western romance, to paranormal romance, to apocalyptic (zombie) romance, the genre doesn’t matter quite as much to her as the love story.


She currently lives with her husband and two young children, and is owned by two crazy mini-cujos. 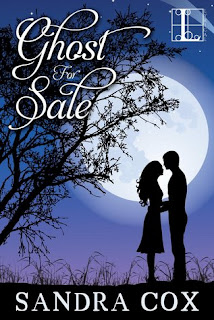 
Caitlin King can’t believe that her shopaholic cousin actually bought two ghosts off of eBay. But she can’t ignore the truth when she starts seeing sexy Liam O’Reilly, who’s been dead for over a hundred years. He’s a fascinating specter, and the more time Caitlin spends with him, the closer they become—sending them both spiraling into a star-crossed tailspin. No matter how desperately they long for each other, there’s just no future with a guy who’s already stopped breathing.


In order to help Liam and his twin sister, Anna, leave their earthly limbo and cross over into the light, Caitlin must find the ghost of Anna’s fiancé. But a malevolent spirit is dead set against Anna moving on. Now Caitlin will have to unravel the mystery surrounding the twins’ past lives in order to keep Liam’s spirit safe—even if it means sacrificing her heart in the process.


Ghost for Sale is available for order at


Multi-published author Sandra Cox writes YA Fantasy, Paranormal and Historical Romance, and Metaphysical Nonfiction. She lives in sunny North Carolina with her husband, a brood of critters, and an occasional foster cat. Although shopping is high on the list, her greatest pleasure is sitting on her screened-in porch, listening to the birds, sipping coffee and enjoying a good book. She’s a vegetarian and a Muay Thai enthusiast. Readers can find Sandra at sandracox.blogspot.com, on Facebook, or at twitter.com@Sandra_Cox.


Nightbloom Reviewed at One Book Shy of a Full Shelf


Ever After Reviewed at One Book Shy of a Full Shelf


Nightbloom Reviewed at I Smell Sheep


Nightbloom, Ever After and Summit of the Wolf Reviewed at Happy Tales and Tails


Ever After Reviewed at Written Love Reviews


Nightbloom, Ever After, Summit of the Wolf and Ghost for Sale Reviewed at A Room Without Books is Empty


Ever After Reviewed at Tien’s Blurb


Nightbloom and Ghost For Sale Reviewed at Archaeolibrarian