Sacrifice of Mine by Janeal Falor Book Blitz 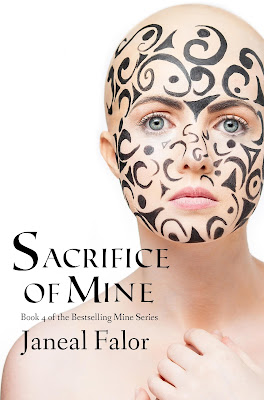 Sacrifice of Mine (Mine #4)

After a ravaging war, Bethany and her family are forced to flee to Envado. There, women are safe from the oppressive rule of male owners. When her pursuers draw too close, Bethany stays behind to buy her sisters time to escape and she's captured.

She's turned over to a depraver who tarnishes her. Now bald, branded, and barren, she's worth less than the shadow she casts. From this lowly place she leads the tarnished to overthrow the Grand Chancellor--the man behind Chardonia's oppressive rules against women and the tarnished. If they fail to defeat him and his supporters, all will be lost.

** The first book in the Mine series, You Are Mine, is currently FREE! ** 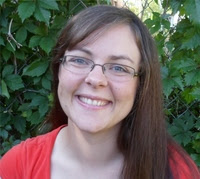 About the Author
Janeal Falor lives in Utah where she’s finally managed to live in the same house for more than five years without moving. In her spare time she reads books like they’re nuts covered in caramel and chocolate, cooks whatever strikes her fancy, and enjoys the outdoors. Her husband and three children try to keep up with her overactive imagination. Usually they settle for having dinner on the table, even if she’s still going on about the voices in her head.