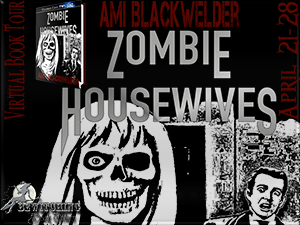 Number of pages: 26 on kindle


Welcome to Mulberry Lane, NJ where a quiet suburbia died as the sun descended. The reporters tell us something in the soap caused these...these changes. No one could say for sure what caused this, but this is one neighborhood that will never be the same.


When Crystal, Jennifer and Carrie begin to change from housewives into zombies they bring all their repressed angst with them. Dishes, laundry, and neglectful husbands and spiral into a fit of rage. Follow these three characters in a dark comedy where being a housewife never looked so creepy.


This is an original novella. The sequel is Zombie Models.


Zombie Housewives: It Started in the Kitchen


New Jersey, in the not so distant future...


A silent scream erupted from somewhere deep inside Crystal. She could feel the anger building, like something inside of her broke. Slowly counting to 10, she gently placed the camera on the sofa and spun back around to glare at her husband Alex, her thin summer dress swirling around her. “Fine, I won’t pick up my camera again! I’ll spend all day in the kitchen.” Trapped, she felt so trapped, unconsciously her upper lip curled like an angry dog.


Her husband Alex threw his hands up before finishing his point, just like he always did, and then his hands landed on his suit’s slacks. “I didn’t mean it like that, Crystal. I just need you to be more focused on the housework. Dishes are piling up and the floors are dirty. I’m at work all day and then come home to this...this filth.” His carefully trimmed eyebrows sat at angles over his dark slanted eyes. His tall and slender shape hung over her like a drill sergeant, his growing anger would become one more thing his mother would blame on Crystal, somehow. Sometimes she imagined him floating out the window like a kite, his words dragging behind him like a tail. It may not soften the stabbing complaints seeping from his mouth, but the image of him flying away made the words a little less painful. Wow, when did she start wishing she could blow him out of her life?


She wished that she could feel chastised by this charade of a fight that they seemed to have every payday, but these days she couldn’t summon enough emotion to care. She dusted her hands on her dress before she marched into the kitchen and jerked on the faucet, her wavy blond locks bouncing behind her. Water splashed over the dishes and she squeezed a few more drops of the SunShine dish soap into the filling sink. Rinse, Soap, Rinse, repeat. She settled into the never-ending ballet that was the dishes, the sudsy plates dancing across the counter. Her fingers started tingling.


Alex followed her into the kitchen and continued. “Can’t you spend less time on your hobby and more time on the house?”


“Hobby! Hobby?” The anger rising in her throat was palpable. “I studied photography at college. I have wanted to be a photographer since I got my first camera at four years old. How long did you study for your job? Eight Weeks? Whatever, Alex! If we hadn’t gotten married right out of college maybe I would have had time to pursue my dreams... I am your wife, not your slave. I have replaced working on my career with working on your dinner and five years later where has that gotten me?” Another bowl careened into the soapy water.


“It means you were supposed to have duties too, remember? Or did you already forget all the promises you made?” She spun from the sink, her back at the counter edge, and her hands covered in suds. At least he had the decency to blush, the red creeping up his cheeks staining his Asian complexion.


"I didn’t care about your promises of a two story home with a picket fence and two cars. I never cared about keeping up with the Joneses, or the Changs, or the Griffins. I never wanted to get married." Damn it, why was she crying? "I wanted to travel the world, just me and my camera. Then you came along and I loved you so much that my heart hurt every time I thought of leaving...My bag is packed, Alex, has been for two months now.


It has been five years, Alex. Five years! What do we have to show for it?” She flung her hands at him and the suds scattered. She scanned the dingy kitchen of their one bedroom home, as if just noticing the peeling wall paper, mismatched chairs and chipping paint.


“I’ve told you real estate is tight right now. No one is buying. The economy is bad. I work all day to make ends meet and come home to more mess. How do you think that makes me feel?”


“Fine, Alex. You win.” Her emerald eyes grew defiant, though her pale complexion turned hot red. She folded her arms tightly over her chest, opening and closing her suddenly stiff fingers. Wasn’t 27 too young to get arthritis?


“Don’t be like that. I’m...” he fished for a reason to cool the argument, “just hungry darling.” Alex inched closer and stroked her cheek with his pinky. She sighed, just about ready to believe his apology. “Could you get me something to eat?”


“Sure!” She wiped her hands off on the dish towel and shoved a frozen dinner into the microwave. The tiny door slammed.“Be ready in five.” She turned on her heel to walk out of the kitchen–being that close to the knives was far too tempting.


Silent at last, Alex stood motionless in the hallway of the kitchen. Crystal brushed past him and headed to the sofa to find her camera. Lifting the viewfinder into her eyes, she aimed the lens at Alex’s disappointed expression as the microwave timer buzzed.


"I could totally relate!" -Ashley


"Not your typical zombie story!" -Ami


"The characters stayed with me long after the read." -Katherine 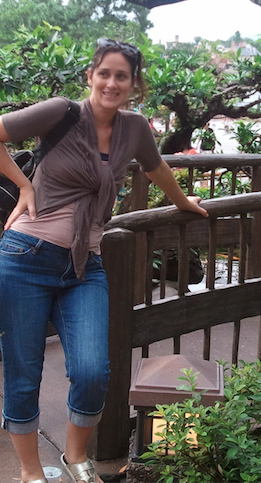 
Ami Blackwelder is a Paranormal and SciFi author. Her stories range from Tween & YA to Adult. Growing up in Florida, she graduated UCF and in 1997 received her BA in English and additional teaching credentials. Then she packed her bags and travelled overseas to teach in Thailand, Nepal, Tibet, China and Korea. She has always loved writing and wrote poems and short stores since childhood; however, her novels began when she was in Thailand in her thirties.


Having won the Best Fiction Award from the University of Central Florida (Yes, The Blair Witch Project University), her short fiction From Joy We Come, Unto Joy We Return was published in the on campus literary magazine: Cypress Dome and remains to this day in University libraries around the USA. Later, she achieved the semi-finals in a Laurel Hemingway contest and published a few poems in the Thailand’s Expat magazine, and an article in the Thailand’s People newspaper. Additionally, she has published poetry in the Korea’s AIM magazine, the American Poetic Monthly magazine and Twisted Dreams Magazine. 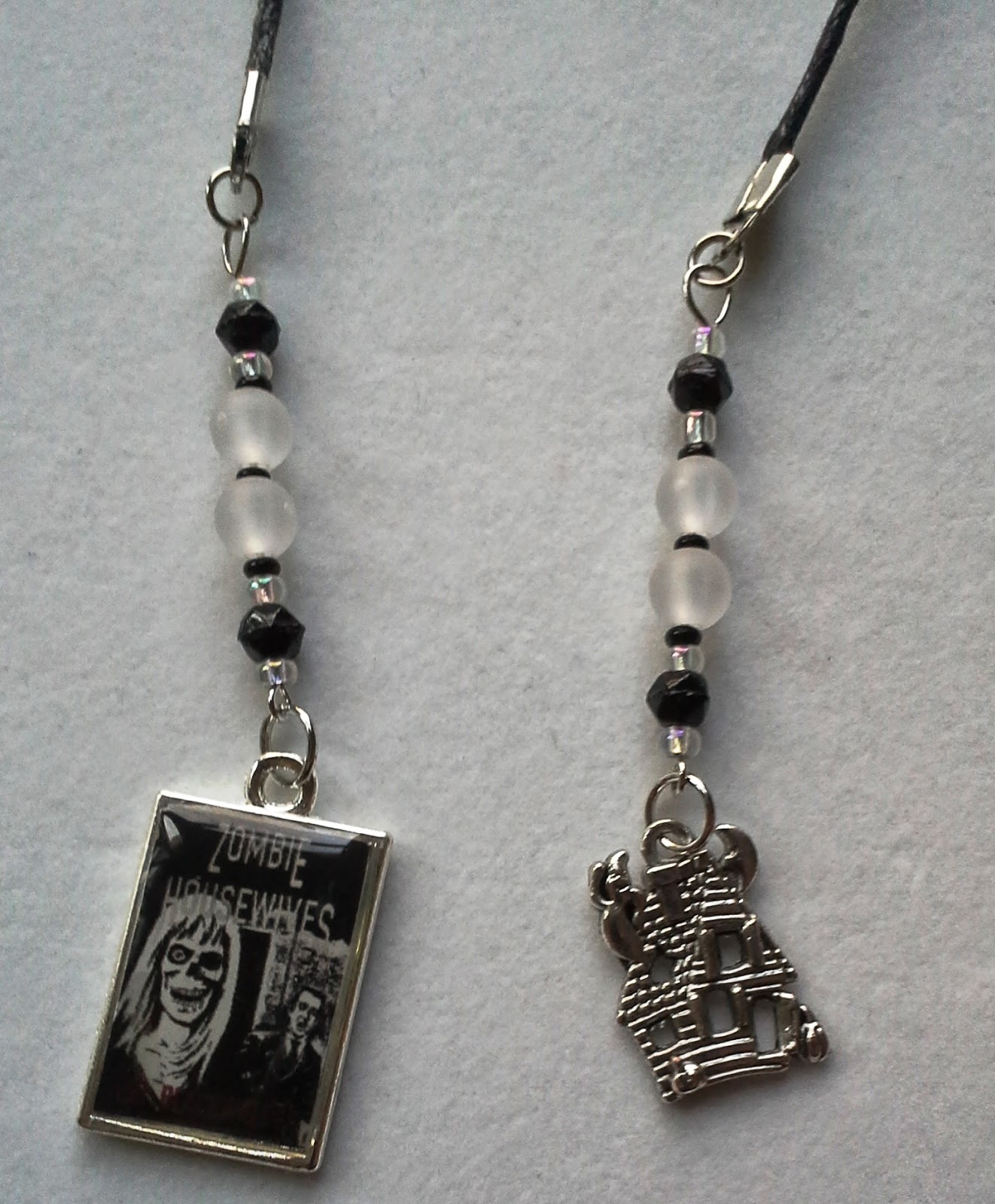 a Rafflecopter giveaway
Posted by 3 Partners in Shopping at 2:03 AM