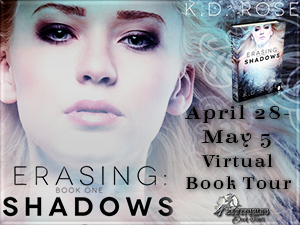 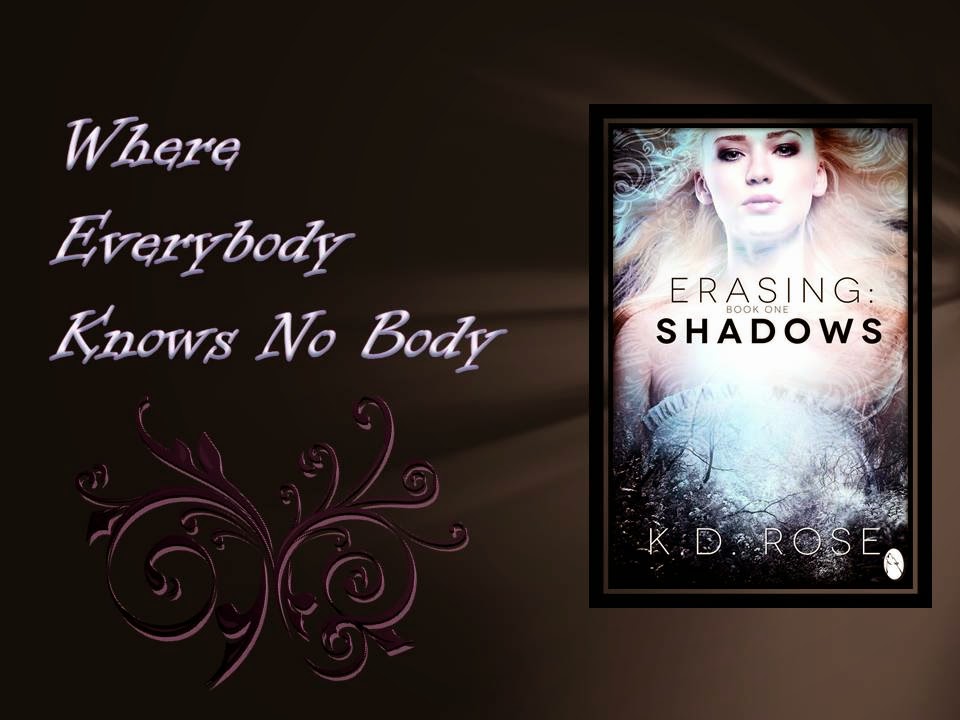 
Generations of mystery smash together when a seemingly traditional family must shatter their illusions of normality to confront themselves and their friends, leaving no possibility unexplored in order to rescue- well, who exactly? Watch the Ross family, the High Five Gang, and multiple generations dig into an innovative explosion of imagination where they must confront numerous realities, real-world danger, and worst of all—their own teenage hormones!


In a place where nothing is as it seems and shocks are around every corner, even the people you thought you knew may find themselves strangers in this moving and provocative reality-bender. With breathless pacing and psychological intrigue, Erasing: Shadows and the High Five Gang will keep you guessing until the very end.


May 1 Interview and review


Queen of All She Reads.


A Night's Dream of Books


May 5 Spotlight and review


Exactly one hour later, six raggedy looking teenagers showed up out of nowhere in the astral, sitting on the ground near a farm. For a moment, they weren't quite sure where they were. Then it all came back to them. The gravel underneath their legs was leaving imprints like always. They smelled hay. It was a sure sign they were 'there.'


The group surveyed the landscape, and it appeared exactly as it was supposed to be. The field over the hill lay behind Mira's childhood home. Then they caught themselves staring at each other because of the sheer scale of difference between their before and after appearances.


"Wow." Jonathan spoke first. He gaped at Michael, who, true to his word, had come back at about sixteen-years-old. Even his clothes were teenage clothes. "You've learned some things haven't you!" He was impressed.


"From Mira," answered Michael. "And apparently you have too." Jonathan looked obviously older than Michael. If Michael had to guess, he would say Jonathan was nineteen or twenty. "But, I've re-thought this, and maybe I am going to return to age twelve. It’s closer to Mira's age, and I can build more rapport with her."


He didn't mention that also he just plain missed her. If they were both twelve, well, hopefully her former crush on him when they were younger would manifest this time too. In real life she was older than him, though not by much. That was the weirdness of the astral. Playing with ages got really complicated.


Michael amazed the others as he shrunk. Suddenly he wasn't sixteen anymore. Jonathan knew the technique, but the others were in awe.


"Can I do that too?" asked Zac, who was changing into the clothes he brought. Jonathan noted his older clothes were hanging off of him. Zac was the only other one at about age twelve. He was also the only one who hadn't seemed to travel into the correct clothes. He had arrived still wearing his adult attire. Somehow his traveling skills were a bit behind the others, who looked their appropriate ages.


"No," said Michael. "You are the cousin I have that is Mira's age. The more people her age the better."


Trina laughed at Zac's adult clothes falling off. "Okay, Mr. Hobo, about ready there?" she teased.


Then she turned to Onie. "Wow, you're suddenly a cougar , aren't you,?" she said laughing, for Onie had turned up as age sixteen, four years older than her husband.


"Yeah, forgive me if I wait until we're back into the real world to um—oh never mind," said Onie.


"So you do only love me for my body!" teased Zac.


"Well," said Jonathan, getting everyone back on track, "we have to be careful how we introduce ourselves to Mira. It needs to be like it was before; except atour current astral age, so we don't freak her out. I'm not sure where she would end up if she got confused and upset, but it wouldn't be good."


"Right," said Michael. He popped a few more Tums. "She could end up in a forest or a storm. Or alone in the desert—you never know what the unconscious will do, so everyone needs to concentrate hard because Mira won't be able to. So I will find her first and try to develop our old rapport. Knowing her, she will want to learn, and then I'll introduce her to Jonathan like before."


Lu looked at the group. "We really haven't changed much personality-wise. There's Onie with supplies on hand, Jonathan ordering us around, and Zac falling apart." She laughed.


"I think it will be easiest if we think of this like a play. We all have our parts that are mimicking how we met and acted before. Only don't forget how serious it is," said Trina.


The group spent the next hour recalling their collective memories, remembering the old days, and then reenacted some of their initial encounters with Mira. Michael decided to leave out some of the negative events so as not to traumatize Mira. In the end, they had a plan.


"Does everyone feel comfortable with this?" asked Lu.


"Do you mean, do I feel comfortable as a nineteen-year-old?" said Jonathan. "Hell, yeah. Loving this."


Everyone laughed. Perturbed, Zac spoke. "I'm surprised that I'm only twelve. I thought I'd be older. Why am I the only one that was automatically so young?"


Jonathan answered, "Well, it is representative of your inner evolution, so physically you may be older, but astrally, in this world, you haven't really done that much more traveling or advanced your learning so you haven't particularly grown intellectually or evolutionally 'here.' And remember," he added, "when Michael first came back, he was twelve too. And look at him now—he can stretch to any age."


Zac frowned. His wife saw and added, "It's not a bad thing, Zac. Some people get older and can't go back because they've lost their sense of wonder and attitude of learning. Other people never grow up because they never mature. I think we are right where we are supposed to be, and you never know, this adventure may change us a bit."


Lu and Trina at sixteen voiced no complaints.


"Actually, Onie, this may come in handy, because you know we are not exactly the same ages as when we first met Mira, except for me, so I think Zac being closer to her age is a good thing," said Michael.


Jonathan was gathering his things and making moves to go. "It's getting late. Is everyone clear on what to do? And the order to do it in?"


There were nods all around. Michael added, "Okay, from now on, I am twelve-year-old Michael. Is everyone also clear where to sleep tonight, how to eat, and all the practical things? We sleep in the real world, eat in the real world, but if anyone can, someone should bring some real food to the astral next time."


"Okay, unless there are any last concerns, let's get this show on the road," said Trina.


Onie had one last comment. "Everyone remembers our name, right? We loved it at the time and believed we were so slick. Mira liked it."


Michael remembered back to his younger self. "The High Five Gang." 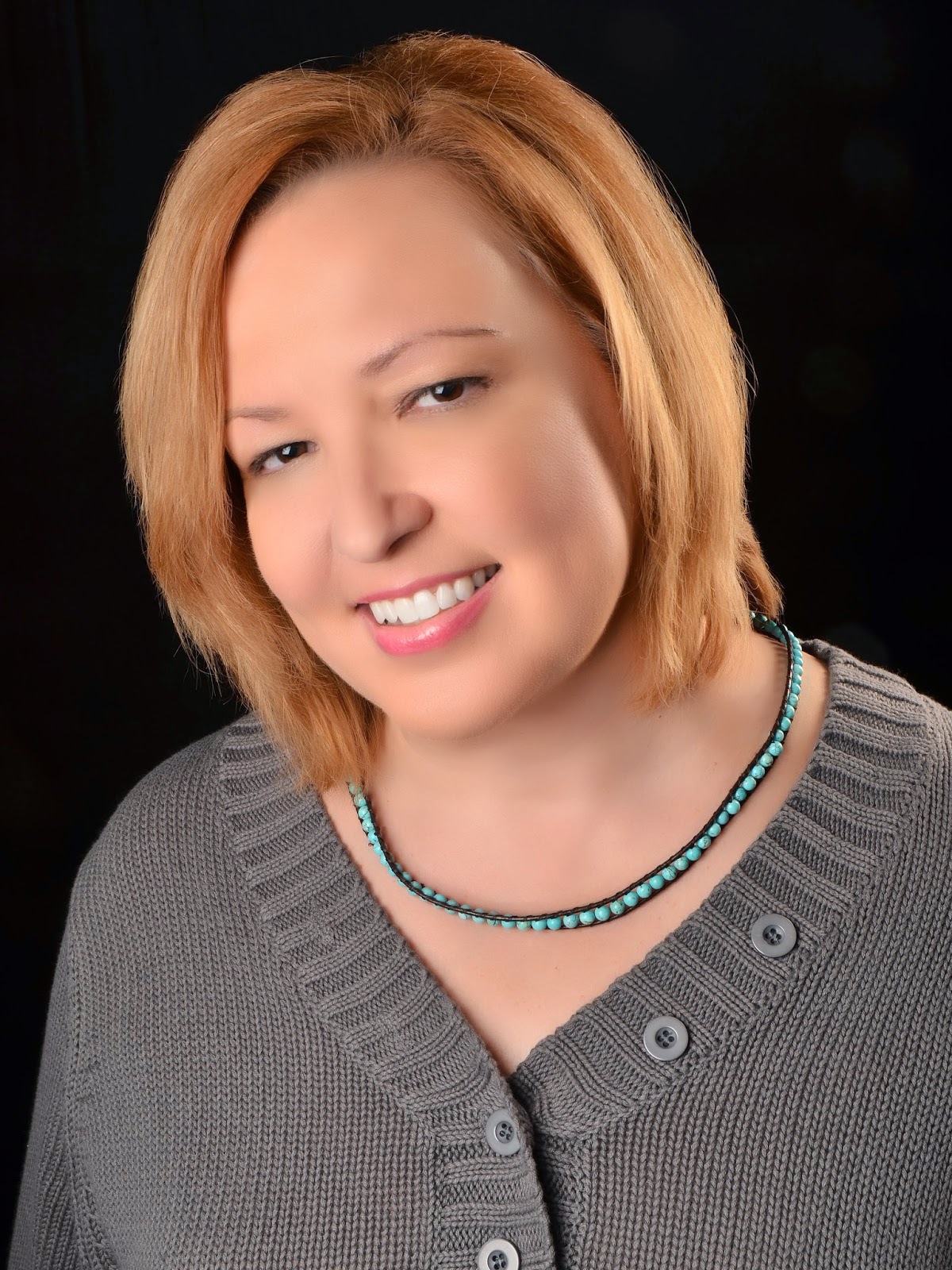 
K.D. Rose is an author and poet and currently has "Heavy Bags of Soul", "Inside Sorrow" and “I AM (Poetry in Motion)” on sale at Amazon.com. Look for The Erasing Series, Book 1-“Erasing: Shadows” for Lycaon Press available on all publishing platforms. Erasing: Shadows is the first of a Seven Book Series for New Adults in the Paranormal Genre.


K.D. Rose is now also an author with Lycaon Press. For more adult-themed books, her alter ego, H.K. Sterling is an author for Breathless Press. K.D. also continues to write poetry and recently created a new literary and art magazine with five other authors around the globe. K.D.'s poetry has been featured in a number of magazines online.


K.D. has an eclectic mind and loves language, physics, philosophy, photography, design, art, writing, symbolism, semiotics, spirituality, and Dr. Who. K.D. is an avid supporter of music, the arts, cutting edge science, technology, and creativity in all forms that encourage us to expand and explore past the artificial limits we often set for ourselves in order to see the everyday connections that exist among all things.