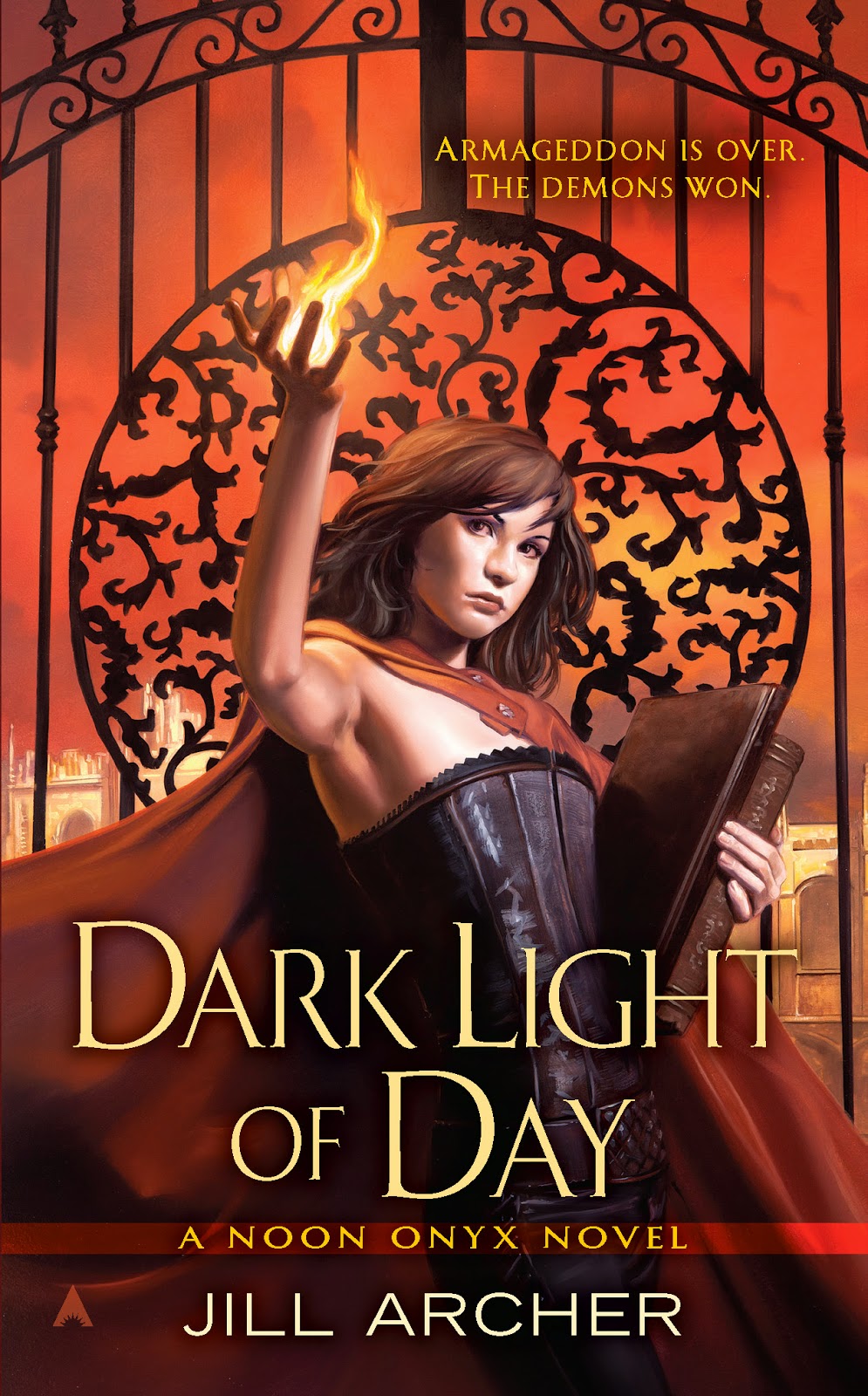 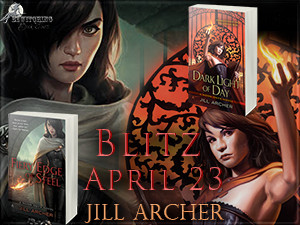 
Noon Onyx has been accepted into the prestigious St. Lucifer’s Law School where her mother hopes she’ll be trained as a Maegester. But Noon doesn’t want to control demons, set fires, or destroy things. She wants to become a Mederi so she can grow gardens and heal people.


Noon's best friend, Peter Aster, is an Angel spellcaster who thinks he has the answer to Noon's predicament - an ancient, mysterious, lost spell that can turn Noon into the Mederi she always wanted to be. Only one person stands in the way of Noon's dream - Ari Carmine, a fellow classmate who seems fascinated by Noon's fiery side.


“I’ve been watching you, wondering, waiting to see where you’d end up. After all, there are other demon law schools,” Seknecus said, making a moue of distaste that made it clear exactly what he thought of them. “But I was happy to see that you chose St. Lucifer’s.”


Technically my mother chose St. Lucifer’s . . . But there seemed no reason to interrupt to clarify that bit of misinformation. Seknecus wandered around the room, picking through papers, flipping open and quickly shutting the front covers of various leather-bound books, never meeting my eye. I had no doubt, however, that his attention was fully focused on me.


“So, you see, seeing your name on my list wasn’t exactly a surprise, although it appeared much later than I would have liked.”


He did look at me then, with a frown of disapproval. I did my best to look expressionless because none seemed appropriate. It wouldn’t do to look amused, bored or, Luck forbid, rebellious. Seknecus stared at me with narrowed eyes and then went back to wandering.


“You’ve got some catching up to do,” he said, addressing a copy of Sin and Sanction: Codification & Case Law. “It doesn’t matter why or what excuses you’ve got for yourself. You will be held to the same standards as everyone else, regardless of whose daughter you are. And you’ve missed a lot of class already.”


I opened my mouth to protest, but he cut me off with a wave.


“Manipulation class,” he clarified. “You’re going to have to work ten times as hard as everyone else just to pass. Quintus Rochester doesn’t go easy on students and he’s likely to see your absence during the early part of the semester as a challenge. You know, failing is not an option. Not if you want to live . . .” 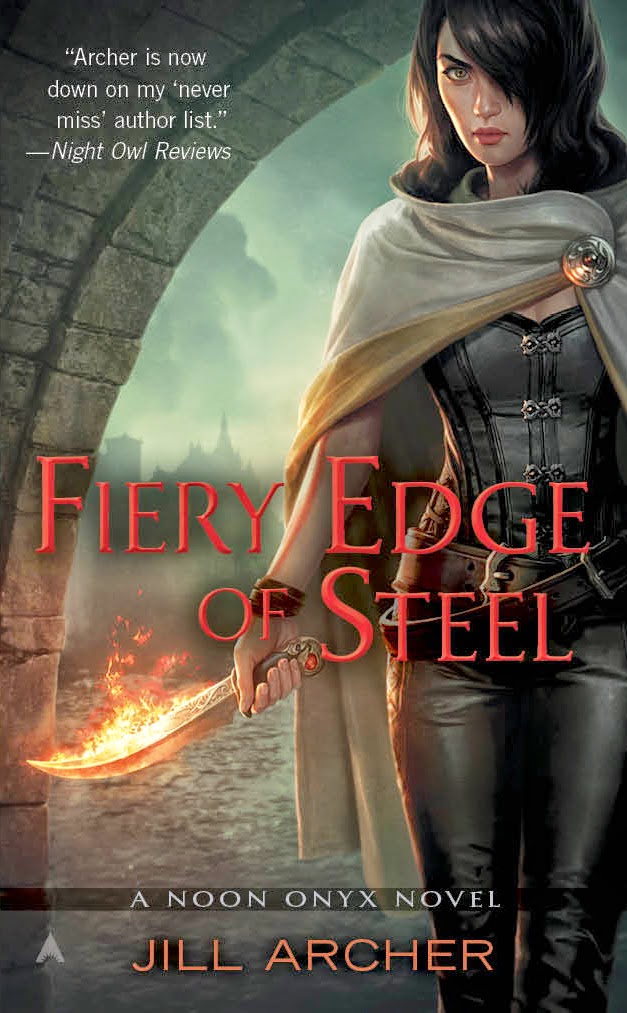 
Noon Onyx is the first woman in memory to wield waning magic. Her unique abilities, paired with a lack of control and reluctance to kill, have branded her as an outsider from her peers. Only her powerful lover, Ari Carmine, and a roguish and mysterious Angel, Rafe Sinclair, support her unconventional ways.


When Noon is shipped off to a remote outpost to investigate several unusual disappearances, it seems Luck is not on her side. But when the outpost settlers claim that an ancient and evil foe has stepped out of legend to commit the crimes, Noon realizes that she could be facing something much worse than she ever imagined…


“You are familiar with Empyr wine, Ms. Onyx?” Rochester asked.


Angels were obsessed with apples. They took their love of this fruit very seriously, worshipping it as a symbol of the lost world they once ruled. A common motif in Angel art was the fallen apple that never rotted. Empyr wines were apple wines that were “enhanced” by some of the best Angel sommeliers in Halja. The enhancements were spells. Each batch had its own name, flavor, coloring, and associated spell. They were served upstairs in the Angels’ infamous restaurant on this building’s thirty-third floor.


I’d had Empyr wine exactly two times in my life. Each time it had produced life-altering effects, although in an indirect manner and not of the kind I could have guessed.


Friedrich turned back toward me and offered me the cup. Inside, the liquid was pink and fizzy and flecked with gold. I reached for the cup and there was a brief moment when I wasn’t sure Friedrich would let go. Was the spell tied to his touch? I yanked harder and the wine nearly spilled out of the cup as it broke free from his grasp. Rochester’s signature nudged mine, like a parent pinching an errant child. I glanced back at Ari, who gave me a tight smile.


I tipped the cup to my lips and drank. Immediately, a bitter, chalky taste filled my mouth. I hid my grimace, finished, and handed the cup back to Friedrich.


“This batch is called ‘Fortuna’s Favorites,’” Friedrich said. “Think you’re one of them?”


Time will tell, I thought, but said instead, “Fortes fortuna adiuvat.” Fortune favors the bold. Another of Dorio’s sayings. Maybe Fitz had the right idea.


Rochester held off magically pinching me again. Instead, he handed me a white linen napkin.


“A gift from this batch’s sommelier,” he said. “Some words of wisdom regarding this semester’s assignment.”


I choked back a laugh. From tea leaves to wine tannins, where Angels fear not to tread . . . I accepted the napkin and wiped my mouth gently. I’d been generous in this morning’s application of Daredevil Red lip paint. Who knew what my fortune might be if I added too much of that to the mix? But the laugh died in my throat as I looked down at my napkin. Slowly, a stain of words appeared:


When traveling into the unknown, sometimes the biggest danger is the one you bring with you . . .