Fiance by Fate by Jennifer Shirk Book Review and Giveaway 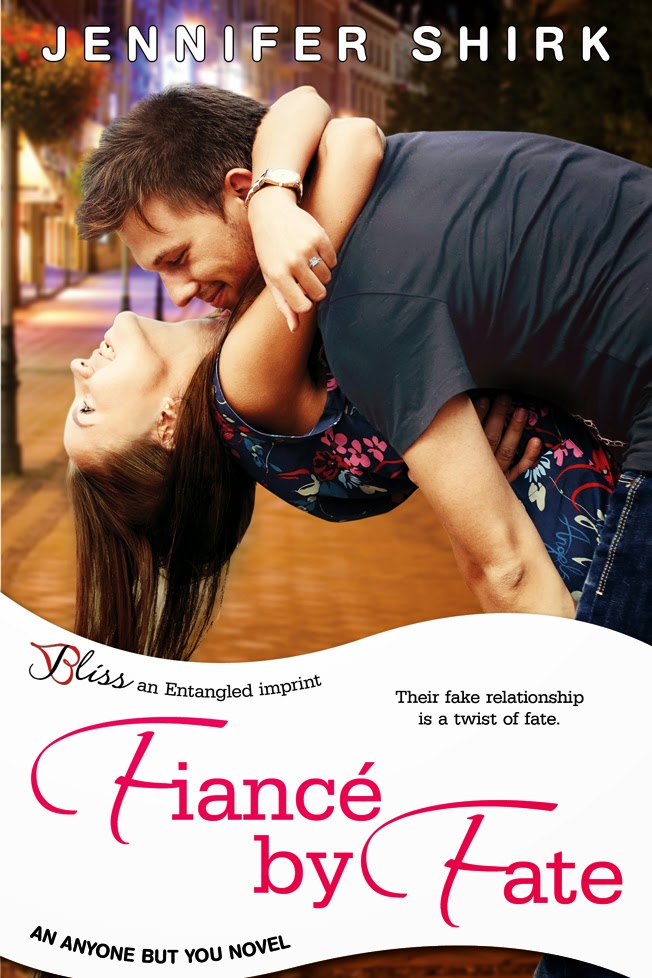 
Jennifer Shirk has a bachelor degree in pharmacy-which has in NO WAY at all helped her with her writing career. But she likes to point it out, since it shows romantic-at-hearts come in all shapes, sizes, and mind-numbing educations.


She writes sweet romances (some even funny!) and won third place in the RWA 2006 NYC's Kathryn Hayes Love and Laughter Contest with her first book, The Role of a Lifetime. Recently, her novel Sunny Days for Sam won the 2013 Golden Quill Published Authors Contest for Best Traditional Romance.


Sabrina Cassidy believes in fate. So when her fiancé breaks off their engagement, she’s convinced they’ll get back together eventually. But fate was not on her side when it brought Jack Brenner into her life—and work. Frustrating, gorgeous, and cocky, Jack has an offer that Sabrina can't refuse. Not if it means getting the life she’s always imagined.


Despite being one of the town’s most eligible bachelors, Jack has a reputation that’s working against him. He has to convince his father—and his company’s board—that he’s ready to settle down if he wants a promotion. But convincing Sabrina to be his fake girlfriend turns out to be the easiest part. What he didn’t count on was their intense attraction and how easily their lie would escalate. Sabrina’s still hung up on her ex, and Jack will never settle down. But fate has other ideas…

This is the kind of story that I love. Sabrina believed that she had  found her man but he breaks off the engagement. Enter her boss's son who needs a fake girlfriend. Since she has no fiancé anymore maybe she could pretend to be his?   But what will happen if it backfires and they start to have feelings for each other. I give this book a 4/5. I was given this book for the purpose of a review by Entangled Publishing and all opinions are my own.
Posted by 3 Partners in Shopping at 12:59 AM