When a scientist runs an experiment on three separate college campuses that goes horribly wrong, several hundred students find their lives altered forever. They must learn to adapt to their new lives as Werewolves. Immediately after the incident a government program was put in place to keep track of these unwitting subjects. After a year the program falls apart as those in charge argue on how to proceed.


Without the programmers constantly looking over their shoulders the werewolves have now started to organize themselves. Creating their own hierarchy and alliances.


Jack is the Alpha of Pacific Northwest University's pack F. He thought the government had finally taken a step back and let him and the other Alphas run their packs. Recently, however, he has been hearing rumblings about the programmers wanting to reinstate the program. He thought they were just rumors until he finds out one of his pack is being threatened by several of the lab assistants that took part in the original experiment. Now Jack must scramble to find allies and hunt down those threatening his pack. The more he goes looking the bigger the plot becomes. 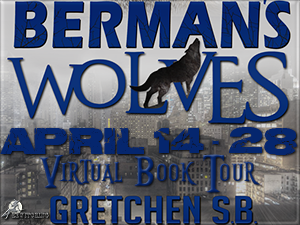 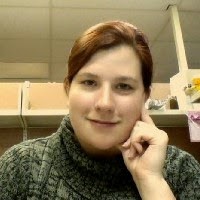 
Gretchen happily lives in Seattle, Washington where she spends her time creating new characters and situations to put them in. She also enjoys cheering on her local sports teams, even though it sometimes seems they are allergic to winning.


Gretchen has spent most of her life in Washington state. She graduated from Central Washington University with a BA in History and a BA in Philosophy. Though there was a brief stint after college where she lived in Florida and worked for the mouse (Disney World). She loves that Washington provides a large range of activities, from Shakespeare in the park to rodeos.


She has had a love of reading and telling stories as far back as she, or anyone else, can remember. Currently, she loves to read the same genres she writes. She also loves exploring her home state. At the end of her adventures she unwinds by curling up on the couch, knitting while catching up TV shows via Netflix.