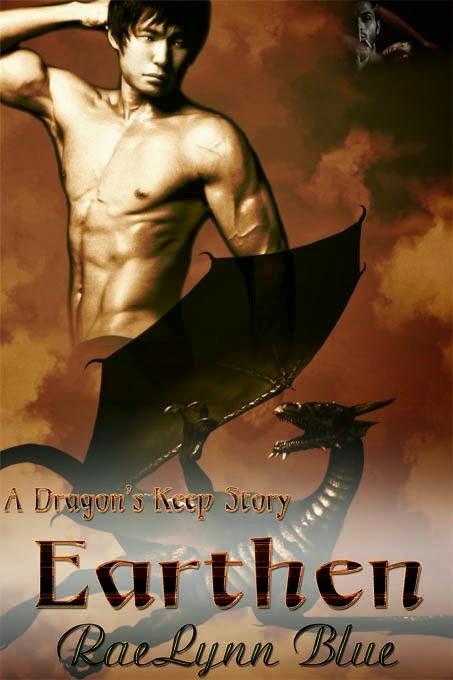 
Sonya Gou has a major issue. Her guardian keeps her safe from threats against her life and his heart. How can she survive being so close to the one man she cannot have?


Zihao Liang. Guardian. Warrior. Earthen. Blood sworn to protect the Gou's treasure, Sonya, he has put his love for her beneath a sacred vow to protect her at all cost.


Zihao and Sonya must put their love to the test when a powerful enemy threatens all they hold dear.


Purchase at: Amazon  Shara Azod and ARe 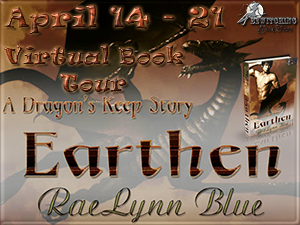 
“Don’t remind me.” She glanced at him from the corners of her eyes to see his reaction. Like usual, he didn’t have one.


Instead he said, “Mating is not a death sentence.”


“That remains to be seen.”


Oh, liar, liar. She battled back the pinprick of tears in her eyes. Zihao read her like an open book.


She hated the idea of mating to someone she did not love. Her inner dragon rose at the thought of being pinned to some arrogant shifter, but what could she do? Her clan’s power and prestige made her a trophy for others looking to move up the political ranks of the dragon shifter world. Her father made good use of this knowledge and accepted many gifts from other clans whose sons hoped to be mated to her.


Inside her dragon rumbled angrily, and she blew out a slow sigh to settle her down.


At the root of her heartbreak lay Ziaho. Her pride in her clan stood only to be challenged by her love for him. As an earthen dragon, a dilong, Ziaho could only control the earth and when his kind shifted, they tended to resemble more garden snake than dragon. To quote her father, Zihao’s clan lacked the grace of flight, the fierceness of firebreathing, or the elegance of seadragons. If earthen dragons ranked lower on the list of dragon abilities, Zihao’s family held up the rear.


“It’s an old fashion idea, using women as pawns in a modern day chess set. We live in a new millennium. I’m an independent woman. We’re long removed from the keep and into the human world. In this country, women have rights, freedoms…” Sonya turned to look at Zihao.


Would her words reach his heart? Damn it. She couldn’t keep her voice from trembling with unshed tears. Sighing, she caught her rant before it grew a tail and wrapped itself around her throat. Even the walls had ears and mouths in the keep.


They spoke to her parents about everything that occurred.


And her uncle, Elder Gou.


With a weary glance at Zihao, she realized the irony of the situation. Assigned to be her protector, he hailed from the origin country, China like most of the dragon shifters’ rulers and the royal court, to which her family had once belonged. Zihao’s flawless English hid his guardian rank. Most earth dragons never spoke at all—only guarded what they’d been ordered to protect or spent decades digging out mountains and hills, to create keeps for dragons of a higher caste.


“It may be traditional, but it is our way. It keeps you safe.”


Hearing the sharpness of her tone, Zihao’s face hardened. Narrow eyes, flat nose, thin but kissable lips he resembled most of Longwei tribe. His dark burning eyes flashed, his own dragon rising at the bitterness in her tone, no doubt, but he quickly calmed. Falling into silence, he crossed his arms over his muscular chest and faded back into the cavern’s shadows.


“No, hear me out…” Sonya left the window’s light and ventured further into the room. Candles lapped at the quiet. “No one finds it odd that you are here alone with me, a single 28 year old woman—in my bedroom. I’m of mating age and you’re a dragon too.”


She stopped directly in front of him. Her chin came to the top of his well-defined adnominal muscles, a foot shorter. Taking a deep breath, Sonya looked up and like always her heart whirled in joy.


“I am your dilong. You are the Gou’s treasure. I am blood sworn to protect you.”


She touched his face, cupping his cheek in her open palm. His new growth scratched her palm.


“Does that mean you wouldn’t lay down with me, in that bed?” She inclined her head to her king¬size bed draped in seafoam green linens. It had become her only saving grace in the sparsely¬furnished space, the one piece of furniture no dragon’s nest went without—a mating bed.


Zihao became more still. Only a year older, he’d been charged with her protection since she turned 16. Her older dilong died during yet another assassination attempt on her life. He’d been Zihao’s father.


After the violent loss of his father, he’d been made her protector, her earthen wall, her mountain.


“Zihao…” She tiptoed and tried to kiss him.


He gently held her shoulders and moved her back a few steps before returning to his original position. “We cannot be as we once were.”


“Why?” She bit her lip to stem the sob of regret in her throat.


“Because we are not what we once were. I am your dilong. Nothing more.”


Tears gathered but she did not let them fall. Anger burned them away within seconds. They had been young, but they were in love. She loved him still. Her parents forbid it, but they loved anyway. When Zihao’s father died, they took pleasure in making him her bodyguard. They wanted it to be a lifetime of torment and torture—to be so close to what he could not have—all because she and Zihao had defied their orders. Her parents believed themselves to be protecting her, but in fact they had only succeeded in making her resent them more.

Zihao shook his head as he dusted off her dress. “You had to push it.”


Sonya swallowed the remnants of pain. The burning sensation had gone now that its source had


left too. How could she make him understand that she loved him and no other dragon would ever do? Ever?


Her dragon only glowed and warmed for him—at the sound of his voice, at the thud of his steps, and the glance from his eyes and the sound of her name on his tongue.


She didn’t say any of those things, but instead gave the answer that would invoke the least amount of emotional anguish.


Sonya nodded. “No matter how many breaths I take, I still feel like I’m drowning here.”


“I would never let that happen,” Zihao vowed.


Tour giveaway- 3 $5 Amazon Gift Cards a Rafflecopter giveaway
Posted by 3 Partners in Shopping at 12:15 AM