Children of the Revolution by Peter Robinson Book Review and Giveaway

Children of the Revolution 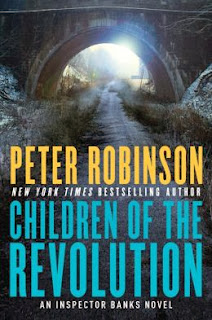 Multiple-award-winning, New York Times and #1 internationally bestselling author Peter Robinson returns with a superb tale of mystery and murder that takes Detective Chief Inspector Alan Banks and his colleague DI Annie Cabbot back to the early 1970s—a turbulent time of politics, change, and radical student activism—to solve a case that has been decades in the making.
The body of disgraced college lecturer Gavin Miller is found on an abandoned railway line by a woman out walking her dog early one winter morning. In the four years since Miller's dismissal for sexual misconduct, he's been living like a hermit, listening to music from his college days and existing as frugally as possible on the outskirts of a small village. So where did he get the five thousand pounds found in his pocket?
Leading the investigation, Detective Chief Inspector Alan Banks begins to suspect that the victim's past may be connected to his death. Forty years earlier the dead man attended a university that was a hotbed of militant protest and divisive, bitter politics. And as the seasoned detective well knows, some grudges are never forgotten—or forgiven.
Just as Banks is about to break the case open, his superior warns him to back off or risk losing the promotion he has been promised. Yet Banks isn't about to stop, even if it means risking his career altogether. He's certain there's more to the mystery than meets the eye, and more skeletons to uncover before the case can finally be closed.


Critical Praise for Children of the Revolution 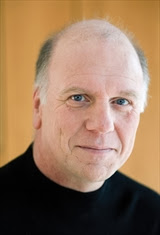 Among Peter Robinson’s award-winning Inspector Banks novels, there are titles which have been named "Best Book of the Year" by Publishers Weekly, a "Notable Book" by The New York Times, and a “Page Turner of the Week” by People. Robinson was born and brought up in Yorkshire, England, and now divides his time between North America and the UK.

This is another Inspector Banks novel.  I love mysteries and this is a winner. I love the suspense, the action and the twists and turns. Why was Gavin Miller found dead?Inspector Banks is being told to back off or he will lose his promotion. The question is who is behind this?  What is being held back? I had to read it as fast as I could to find out what the ending was. I give this book a 4/5. I was given this book by Partners in Crime for the purpose of a review and all opinions are my own.
a Rafflecopter giveaway
Posted by 3 Partners in Shopping at 12:49 AM