Auden, the immortal king of the Anathergians, is lost within a sea of emotions. Rocked to his very core from his battle against the Variants, he fears Travik—father to Auden’s Lifemate, Leah, and the Anathergian who turned humans into Variants—has committed the ultimate evil and killed Leah. Desperate, Auden struggles to discover the truth.


And what of Leah’s foster brother, Ceadan, who turned into a Variant to save his sister? Was he successful? Did he survive?


Auden and his fellow Anathergian warriors join with the council of witches to search for—and hopefully save—Leah and Ceadan.


Will they find them? Are they alive? And what is Travik’s evil plot for humankind? 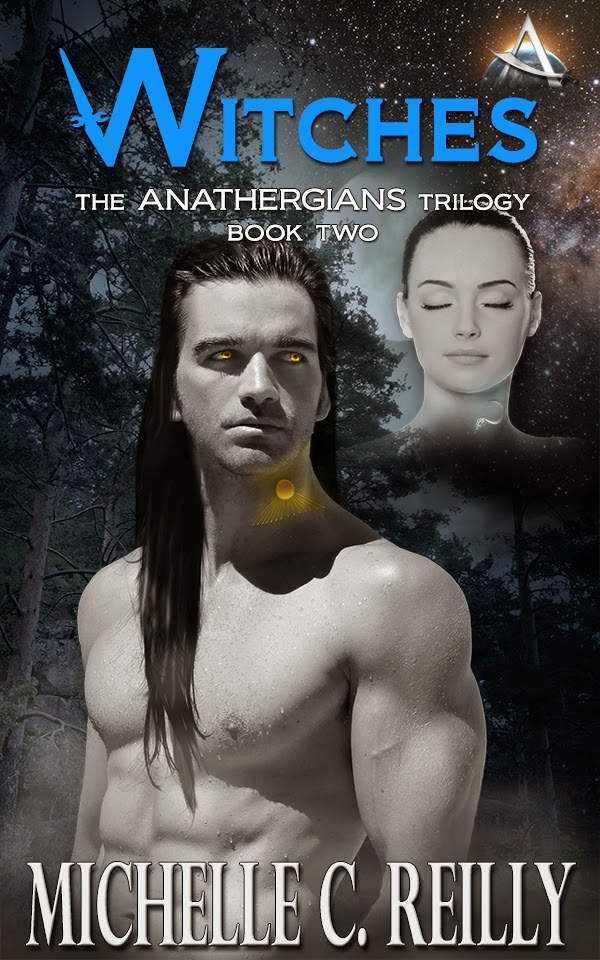 
Using Auden’s Bugatti, they made their way to the salon where Ceadan had been. Auden eyed the place. Built sometime in the 1960s, the house was now a business establishment because of zone changes. Patches of white stucco were missing from the walls and the faded black trim peeled away from the wood.


When all four of them entered, the thin teenage boy at the desk stood and backed against a wall. His wide brown eyes, outlined in dark liner, stared at each of them. His jaw worked as if he tried to speak, but no words came out.


Gunner stepped forward and the boy squeaked and plastered himself closer to the wall. The Anathergian pulled Ceadan’s receipt from his pocket. “We’re trying to track down a friend of ours and, the last day he was seen, he visited…” He scrutinized the room and rocked back on his heels. “This lovely establishment. Can you give us an idea of who he saw?”


The boy’s Adam’s apple bobbed, and he nodded as he tentatively read the receipt. “Uh…” his voice wavered, “let me see who was here that day.”


He reached for the mouse on the desk and surveyed the information displayed on his monitor. “It…uh…looks like Daisy took care of him.”


Gunner used the receipt like a guitar pic and strung it across the fingers of his other hand. “And, is Daisy here?”


The kid’s eyes widened, showing an extraordinary amount of sclera. “Oh! Yes. I’ll take you…uh… All of you to her.”


They followed the boy down a hallway and into a room on the left. A girl with her head shaved on one side and the rest of her fluorescent orange hair sticking out in spikes sat at a table drawing as she rocked out to whatever music played in her ear buds.


“Uh… Daisy?” The boy’s voice shook. When he got no response, he tried again. “Daisy, you have some…uh…men here to see you.” This time he knocked on the wall next to her.


The girl’s head lifted, her eyebrows drawn down. When she saw Gunner behind the kid, she smiled and pulled out her earbuds. When she stood and sashayed around the table, Auden scanned her black pants covered with multiple buckles. He wondered how long it took her to get them on and off.


Daisy’s gaze slowly analyzed Gunner from the top of his head to his white sneakers. The thick liner around her eyes emphasized their blue color. “Hey. What can I do for you?” She had a slight southern accent proving she wasn’t a Las Vegas native.


Gunner, never one to let a good thing pass him by, put on the charm. “Hey, darlin’. I’m looking for a friend of mine. He came here a few weeks back and then he decided to go and disappear on us. I’m hoping you can give us a clue what you did to him while he was here.” He reached into his front pocket and, when the girl’s gaze followed his hand, he slowed his movements so she could get a better look. Auden shook his head.


He pulled out his phone and displayed the photo of Ceadan they’d found in the complex’s database. The girl studied it while blowing a huge, pink bubble from the gum she chewed. “Yeah, I remember him. He’s the reason I’m orange now.”


“Yeah, you know?” She pointed to her head. “Orange. Except his is yellow, you know? Like the vests construction guys wear.”


Gunner glanced over his shoulder at Auden with a raised eyebrow and then turned back to the girl. “So, it’s like bright yellow?”


She nodded and blew another bubble. When the gum stuck to her lip, she swiped it with a finger and sucked on it with a sexy grin at him. Nico snickered behind him.


“So, what else did you do to his hair?” Gunner asked her.


Gunner blinked a few times. “What kind of Mohawk?”


“Just your typical type. You know? Long in the middle, shaved on the sides. And very bright.”


Gunner fiddled with his phone for a minute and then showed the girl the display. “So, is this what he looked like after you finished with him?”


She blanched when she saw the photo. Auden leaned over to see Ceadan now with a high line of bright yellow hair running down the middle of his head and a smooth scalp on either side.


“Ah, ah, ah,” Gunner said while shaking his head and pulling the phone away. “It’s my special app. So, would you say this is him?”


She shook her head. “Pretty much. But, you’re missing his ear studs. He had a few on each ear.”


Gunner let a breath out between his teeth and it came out almost like a whistle. “Alrighty, then, I think that’s all we need.”


The girl swiveled toward her counter, picked up a business card, and handed it to Gunner. “Let me know if you need anything else. I’m always happy help out.” The sly smile she sent Gunner gave Auden a pretty good idea of what kind of help she was willing to give the man.


Gunner nodded to the girl with a smile and a wink, and they all circled around to leave the premises.


When they were outside, Nico said, “Dude, every single time. We can’t take you anywhere.”


Gunner gave him a who me? look, with his arms spread wide. “Who’s talking, Mr. I’ll-Fuck-Whatever-I-Can-Get-My-Dick-Into?”


Nico stopped and squinted his eyes. “Not whatever I can get my dick into. I am choosey,” he paused. “Well, a little choosey. They have to be breathing at least.”


Gunner let out a snort. “Whatever. Should I play you a recording of growling cats?”


When Nico glared at him, Gunner quirked an eyebrow. “Then get in the car and quit your whining.” 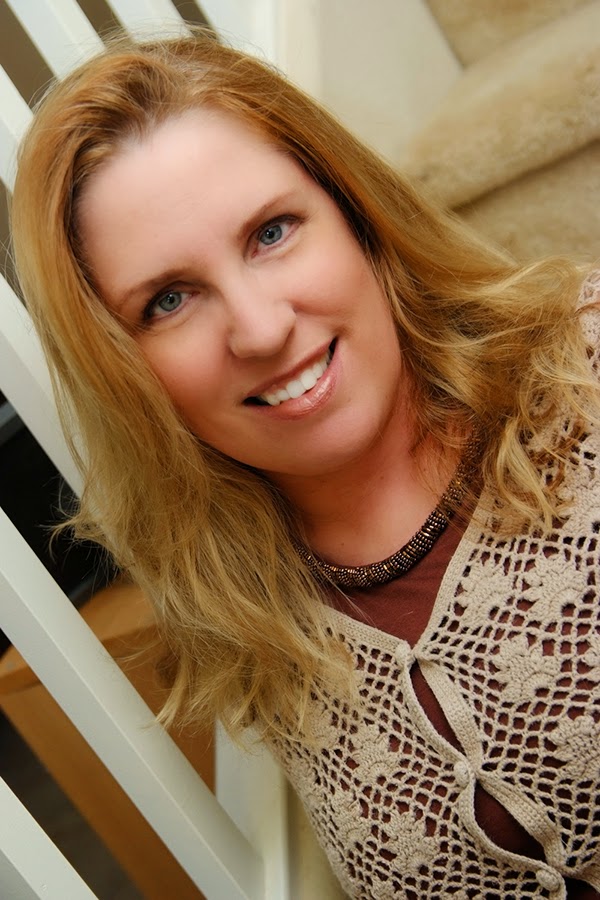 
Michelle C. Reilly is a science fiction romance writer. She's a single mom of two wonderful boys. She spent ten years in the U.S. Navy as a Hospital Corpsman Preventive Medicine Technician, which meant she was actually attached to or stationed with the U.S. Marine Corps. She has a Masters in Science in Public Health, but she is generally an IT geek and a geek of many other things as well. She currently resides in Las Vegas, NV, with her two cats, Meowdy and Moose, and her dog, Katie aka "The Old Lady."


Make sure to visit her website www.michellecreilly.com for more information about her and her upcoming books.


Feel free to visit, ask her questions, and hang out with her on Facebook at www.facebook.com/michellecorareilly


1 - Signed paperback of Witches open to US Shipping


8 – Kindle files of the first two books in the Anathergians Trilogy: VARIANTS and WITCHES


3 – Kindle files of the first two books in the Anathergians Trilogy and the first Anathergians Novella: VARIANTS, WITCHES, and NICO: THE ROGUE WARRIOR


5 – Swag bags open to US Shipping that include:


a Rafflecopter giveaway
Posted by 3 Partners in Shopping at 9:11 AM