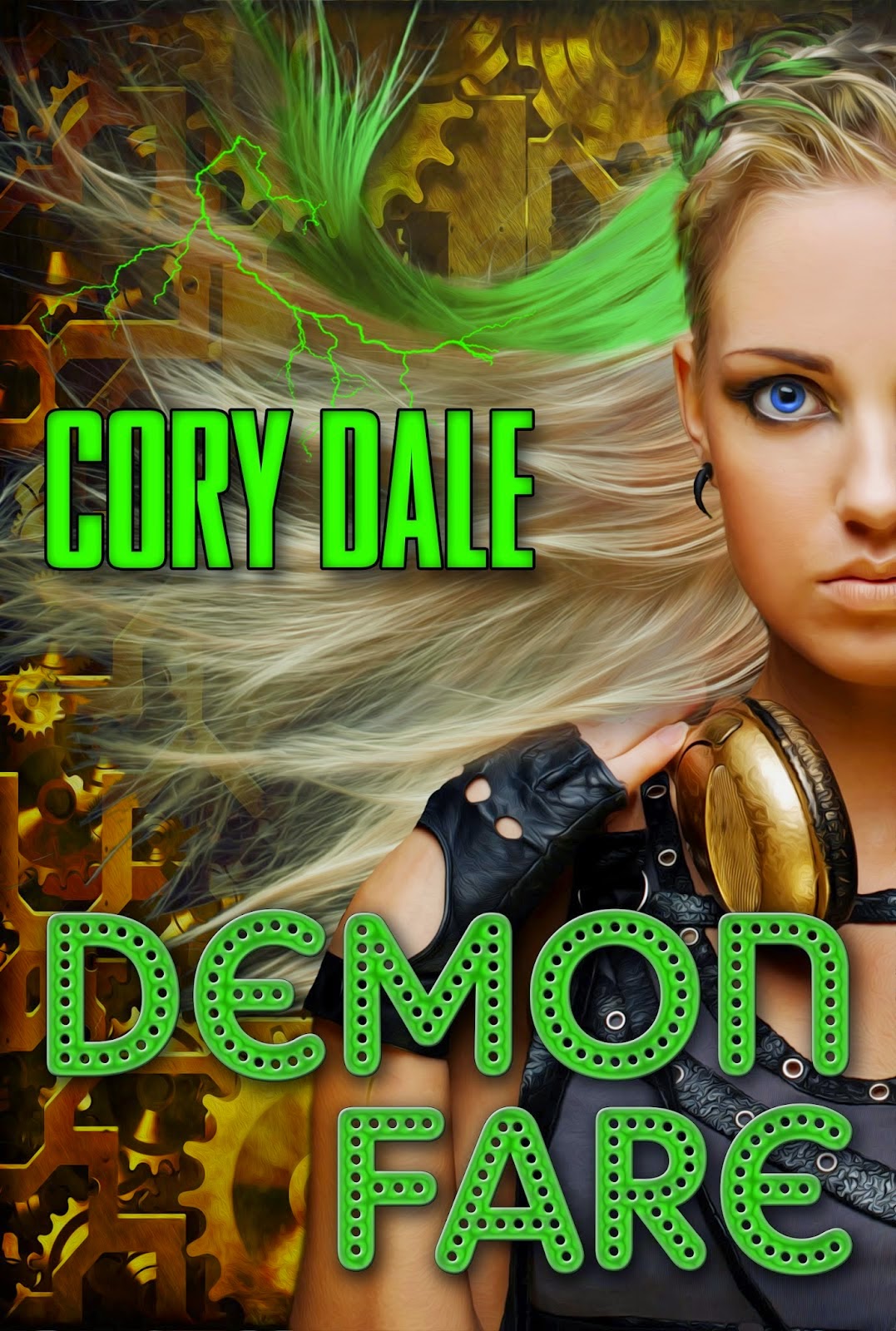 
In an alternate history New York City—one hundred and fifty years after an earthquake from hell nearly destroyed the planet—the twenty-first century clings to an industrial age. Steam engines rule, and demon-powered technology is the up and coming thing. Henry Paine, a half-demon taxi driver, is the go-to guy for just the right demon to possess your machine and automate any mechanical gizmo with or without an engine. The creatures are tame as pets. Or at least they have been… until now.

Wanda Snow is an exorcist who grudgingly admits to having a few drops of demon blood herself. She's come to New York to rid the city of demonic vermin as well as any other demons that get in her way. Wanda and Henry are naturally at odds, but the two are forced to become partners in a mutual goal to round up the rogue demons biting the Big Apple and take down the sinister tyrant who started it all.


Wanda Snow fastened a row of buttons on her coat. Damn, it was colder than a banker’s heart out here. She studied the park across the street, watching leafless branches waggle their twiggy fingers in the fog. Drawing back a sleeve, she checked her watch, its large, visible gears a weight around her wrist. Four in the morning. Two hours until sun-up.


Leaning against a lamppost, she gazed up the street, her senses tuned in to the demon energy flowing through the city. She sensed a Bringer coming her way.


Unclasping the tin choker from around her neck, she opened it just wide enough to let the voices in. Eyes closed, she focused on the whispered thoughts of a hundred demons that confirmed the identity of the Hellspawn she waited for. He was the Bringer, and although he didn’t know it yet, he would help her stop the evil that conspired to take over New York City.


“How doin’?” A real voice came from the foggy dark, the words sounding burned as if by coal dust. She knew that sound. The raspy voices of coal-digging Spawnsters had filled the patch towns of her Kentucky home. She still heard them in her sleep. “Spare a dime for a man down on his luck?”


Wondering if she’d been followed, she turned to face him, her spine stiff and booted legs poised to kick what would hurt most. Wanda welcomed some trouble if it would warm her up. But the half-breed was a head shorter than her six feet, and his top hat had no top, his gloves had no fingers. The only threat he posed was the stink coming off him in waves strong enough to choke a skunk. Her gaze raked him up and down as she said, “I’m poor as you, mister. You won’t hear no coins clinkin’ in my pocket.”


He chuckled. “You dressed too manly to be one of Hell’s Belles. What you doin’ out in Central Park all by your lonesome?”


His brown-toothed smile spread his mouth wider than normal for a human. He was a Spawnster, all right. And a drunk one at that. “Makin’ new friends.” He took a swig from a bottle wrapped in a paper bag and held it out for Wanda. “Wanna be my friend?”


She grimaced at the smell of rancid olive oil that was like a hundred proof grain alcohol to a Spawnster. Pushing the bottle away, she shook her head. “I’ll pass, thanks anyway.”


He frowned, his dark eyes starting to glow. Just her luck. A drunk Spawnster with a temper.


“I’m sure you’re a nice guy and all, but I ain’t interested. Share your oil with someone who can enjoy it, ’kay?” She turned toward the street.


Venom deepened his voice. “You think you’re better ’an me?”


Strong fingers gripped her arm above the elbow and tried to spin her around, but she didn’t budge. The drunk yanked again and she took her time turning to face him. “You don’t wanna do this.”


He swung back a fist, aiming his scaly knuckles at her face, but she stopped the blow with one open palm.

“Not that I’m a lady, you understand, but you still shouldn’t go ’round beatin’ up on people. It ain’t polite.” She smiled down at the unconscious Spawnster who was too dumb to be a spy. Even if he were, she’d left a clear message for whomever he worked for. His hat lay in the street about ten feet away. She picked it up, dusted it off with the sleeve of her coat, and set it on the ground beside him. He didn’t move. “Have a nice night.”


As she crossed over into the park, twin headlamps from an oncoming car forced her into the shadows. 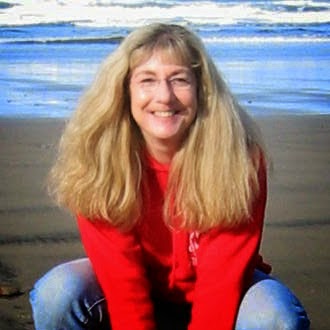 
Karen Duvall, who wrote Demon Fare as Cory Dale, lives in the Pacific Northwest with her husband and four incredibly spoiled pets. Karen is represented by Elizabeth Winick Rubenstein of the McIntosh & Otis Literary Agency. Her Knight's Curse series was published by Harlequin Luna in 2011 and 2012, and her post apocalyptic novella, Sun Storm, appeared in Luna's 'Til The World Ends anthology in 2013.


Karen is also a professional graphic designer who designs book covers and book interiors for self-published authors, and creates original 3D graphics for computer gaming. Demon Fare is the first book in her Spawnstertown Chronicles.

a Rafflecopter giveaway
Posted by 3 Partners in Shopping at 6:12 PM