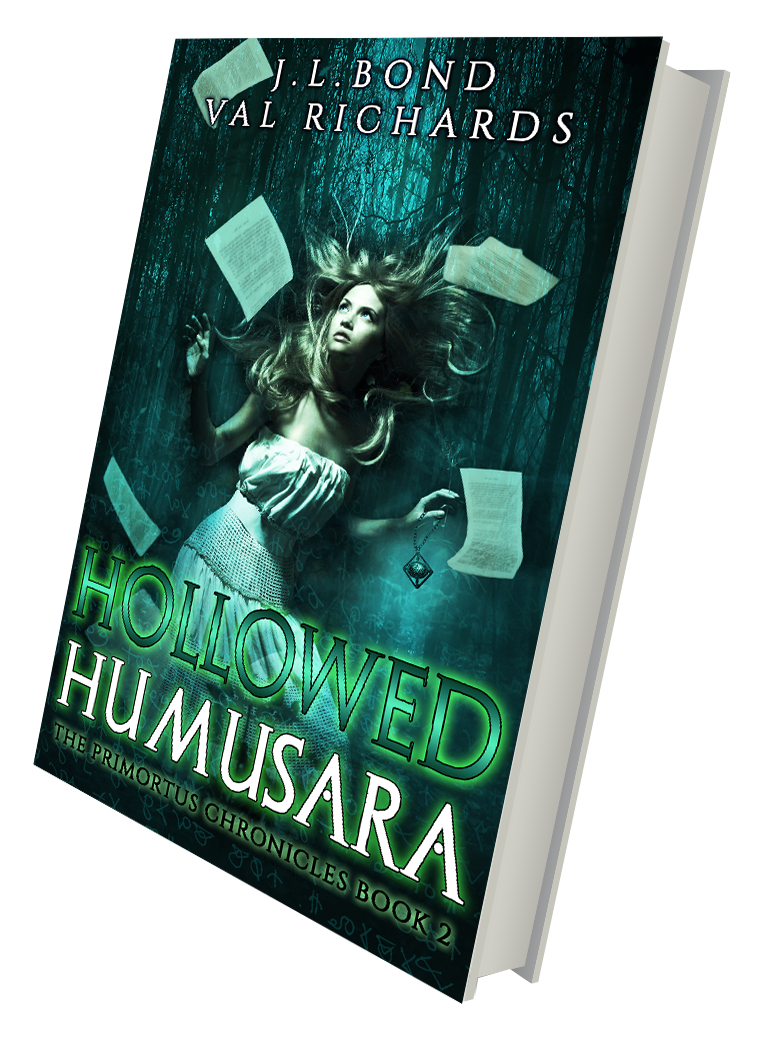 Summary from Goodreads:
It begins again! Skylee Porter thinks the worst is over. She has faced her greatest fear, the monstrous black-eyed Brinfrost and survived with the help of Chrism, her shape-shifting sister. Sky even had the courage to finally admit her true feelings to Will.

But something has changed. The three people she trusts the most are acting strange. Will seems distant. Her talkative sister has clammed up. Even Airon is keeping secrets.

Soon, Sky discovers the leaders of the Primortus have plans for her. Then, to her dismay, they threaten to take away her magical book. The Humusara, the very thing that tethers her to the world she so desperately wants to protect. And now, the earth is trembling again. Could there be another Day of Disaster?

Dark powers are at work. Two prophecies loom on the horizon. One declares she’s the hope of humankind. While the other proclaims she’ll destroy us all.

Book One:
(linked to Goodreads) 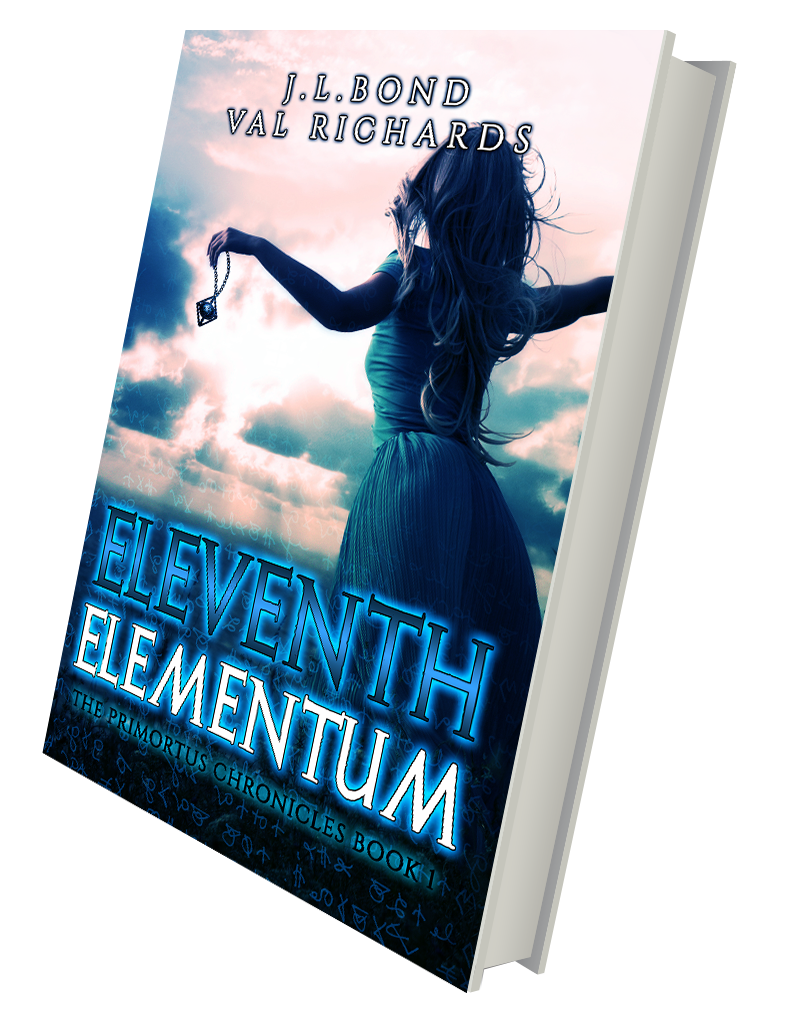 Excerpt;
Skylee peeked down at her costume again, relieved to only see spotless pale, shimmering fabric. For a girl who liked nothing better than tromping through the woods hunting for insects, she’d been surprised at how the dress had made her feel. Older, prettier, sparklier… Even her shoes glittered as they peeked out from beneath her gown with every step. She was thankful to be wearing the comfortable slippers instead of the clunky-heeled Victorian boots that had come with her sister’s elaborate outfit.
After going down a couple flights of stairs, Skylee noticed a poster on the wall, which read,

THE 6th ANNUAL GREEN ICE BALL
Hosted by Phileas D. Mogg
S.E.E. (Save Earth Endowment) Corporation
Benefiting The Day of Disaster Recovery Fund
An arrow below the sign pointed to the left. Following it, she found herself in another hallway.
Up ahead, she saw tall rain-streaked windows lining the walls. And there were a few latecomers milling about in a variety of colorful costumes. At the end of the hall she turned a corner and unexpectedly came upon Chesterfield, who was dressed in his usual butler attire and holding a silver tray of hors d'oeuvres.
“Hello, Miss Porter,” he said, nodding politely. “Ah, you make a very believable Juliet.”
Skylee smiled. “Thank you.”
“And if I may say so, young miss, I do hope you arrive at a happier ending than she.”
“Er—me too,” she stammered, taken aback.
“Would you like a pickled quail egg?” he asked, holding out the tray. “They’re Mr. Mogg’s favorite.”
She looked down at the platter of small pink eggs, which had been sliced in half, exposing their bright yellow yolks. “Are they real or bio-eggs?” she asked him.
“Oh, they’re real—flown in today from Japan, especially for tonight’s festivities.”
“I think I’ll pass,” she murmured.
Skylee couldn’t fathom how Mr. Mogg would approve of such a thing. It was wrong on so many levels. Shouldn’t he be serving bio-foods at a ball meant to raise funds for the environment? She resisted an urge to question Chesterfield further. He’s only doing what he’s programmed to do, she told herself.
The android butler gave her a slight bow, balancing the tray on his palm. “As you wish, miss.” Turning to go, he paused and looked back at her. “Enjoy the ball—I hope you find your Romeo.”
“Thanks,” she said, fighting down a chuckle. I think I already have.
Skylee stood there for a moment, watching Chesterfield give orders to some other staff members. There was no way of telling which of them were human and which were androids, a fact she found both fascinating and creepy. Honestly, it didn’t seem right to create someone—mechanical or not—to be nothing more than a servant. If you ask me, it’s slavery.
Out of nowhere, a sharp crack of thunder shattered Skylee’s philosophical thoughts. Startled, she shrieked and jumped up against the wall. Her first thought was that Ashley, or worse, Brinfrost had attacked the castle. The lights flickered, raising goose bumps on her flesh as paranoia overtook her. It’s happening again!

J.L. Bond and Val Richards have much more in common than writing.  They are both Army brats, grew up in the hills of Tennessee, attended the same college and worked the same first job. They share an obsession for Doctor Who, Harry Potter, and have an enduring love for all things Tolkien. Since they can’t live in Middle Earth, the call of the ocean eventually pulled them to Florida where, together, they form the nearly fearless writing duo of THE PRIMORTUS CHRONICLES.

Their debut novel, ELEVENTH ELEMENTUM; Book 1, was released in 2012 to excellent reviews. The second book in the trilogy, HOLLOWED HUMUSARA launched in the fall of 2014. J.L. and Val are currently working on Plagued Primortus, the final book in the series…when they aren’t daydreaming of joining a certain wizardy trio for a ride in the TARDIS to Rivendell.