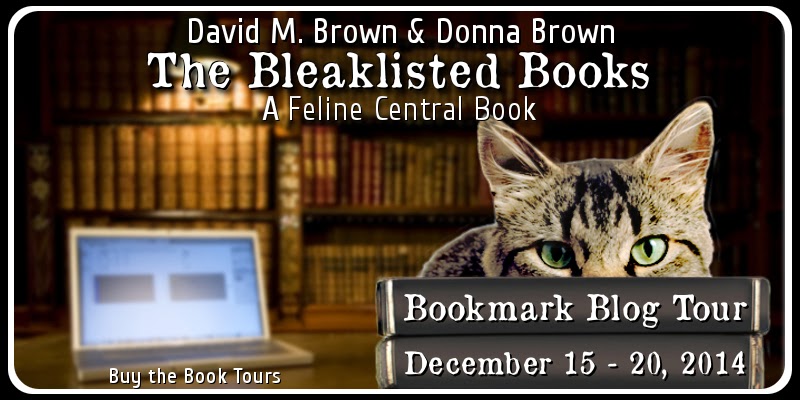 The Bleaklisted Books (A Feline Central Book)
Genre: (Non Fiction) Humour/Pets & Animals
Release Date: November 28, 2014
Length: 92 Pages
My mini-irons,
I urge you to embrace the goose-spell of Animal Farm and you will find sanctuary when our difficult war is over. I will add, of course, that given that conquering the world means a long, long, long, long, long war, I will permit you to read another book every now and again.
Just remember which books are bleak-listed; e.g. Barry Potterer, 100 Years of Silly Tudor, Prude and Perjury, The Hungary Olympic Games, The Chronicles of Nerdia and Of Mike and Ben.
In the meantime, here is a list of books I have vetted and will reconsider for approval if the appro… apprap… proper changes are made. Read this manyule carefully mini-irons.
Your Cat-tain
Charlie Brown

What happens?
Some spy is told to carry out an assignment in East Germany to uncover a double agent but he falls for someone prior to this and love ultimately messes the operation up.
Reason for bleaklisting?
Proper spies don’t fall in love. Wimps they are

!
What should have happened?
Eric is sent on an exclusive mission into East Germany to assassinate a double agent. Before setting off he is approached by an air stewardess named Fiz who fancies him but he turns her down. She does warn him that it’s cold in East Germany and gives him some cough syrup.
Suspicious of the bottle labelled poison with a skull on it, Eric tosses the syrup and completes his mission. When he returns home to England he has a runny nose and is coughing a lot. Fiz realises he has seen through the poison expertly disguised as cough syrup and she runs away. She is shot and killed by a traffic warden who believes her car is parked on double yellow lines. Eric ends the novel by nipping to the pharmacy for some genuine cough syrup.
Special instruction
Make available at MI5, MI6, CIA, B&Q and M&S and rename The Spy Who Came Home with a Cold.

* * *
Mr B compares the stories
Dear me, Charlie, I thought you’d like John le Carré’s 1963 Cold War Novel. The Spy Who Came in From the Cold does deal with Communist East Germany where Alec Leamas is sent, under the pretence that he is defecting, and with the intention of locating Mundt, suspected of being a double agent. Alec has a romance with Liz which ultimately throws a spanner in the works. There isn’t anything about cough syrup thankfully and as with Charlie’s other efforts, this one is likely to disappear into the ether. My apologies to Mr le Carré for this despicable alternative to his story.

David Brown could be considered a fantasy fanatic, especially since he has spent the last 10 years developing a 47,000-year history for his fictional world of Elenchera. When converting his obsession into literary form, David commits himself to a rigorous writing and editing process before his work can meet his approval. Combined with the critical eye of his wife and a BA Hons in History and English, David’s dedication leads him to his goal of inspiring readers through heartfelt stories and characters.

Although David is inspired primarily by fantasy fiction, he also finds his muse in the form of anime, world cinema, history, and biographies. His own books, Fezariu’s Epiphany and A World Apart, combine aspects from worlds both old and new into compelling tales of a world not soon forgotten., David himself certainly does not lack a spirit of adventure; in fact, he left his job in 2007 in order to spend a month travelling. Second only to meeting and marrying his wife, David counts this as one of the most amazing experiences of his life. 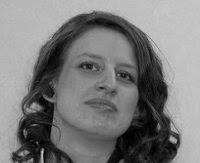 Donna is a longtime book lover and sometime book reviewer and has devoured books from an early age. She writes short (or long) stories as and when inspiration hits and is married to fantasy author David M. Brown (Fezariu’s Epiphany, A World Apart). She was also co-contributor to David’s book, Man vs Cat, a humorous look at life with six rambunctious rescue cats.

Donna has lived in many different areas of the UK over the last 30-something years but has remained in Yorkshire for the past decade. She ardently disputes the misnomer that ‘It’s grim up north’. You can find Donna on Google+, Facebook, Twitter, LinkedIn, and Goodreads, or visit her and her husband’s shared blog: B-Lines and Felines.Donna’s Website | Facebook | Twitter | Goodreads | Google+ | Pinterest | YouTube | Tumblr | Instagram | LinkedIn | Amazon
Posted by 3 Partners in Shopping at 12:17 AM