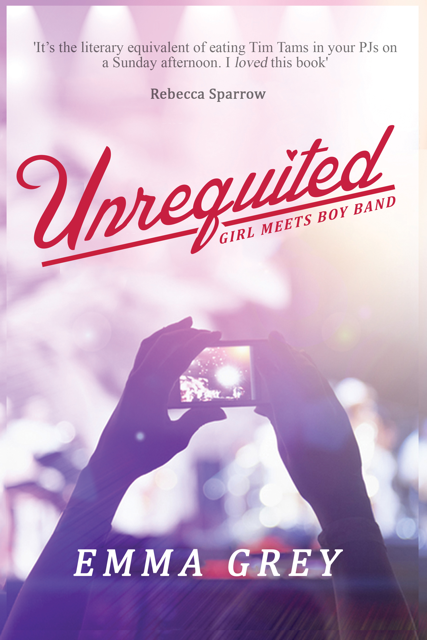 Summary from Goodreads:
Seventeen-year-old Kat Hartland loathes Unrequited, the world's biggest boy band. Is she the only girl in Sydney who can't be bothered with perfect-looking Angus Marsden?

Give her 5 Seconds of Summer. Now.

Or maybe the seriously-hot med student who rescued her on a train—and who could be Douglas Booth's twin! Perfect formal partner, much?

But when Kat comes face to face with Angus Marsden himself, things start to get complicated. Very. Throw in a deranged female popstar, final exams, a part in the musical and a mum who just doesn't get it—and where is her best friend?

When did life get so crazy? Kat's just an ordinary schoolgirl.

Excerpt;
She tears away the tissue paper and exposes the music score. Sitting at the piano, she places it on the music stand and takes a deep breath.
The first few bars are hers. Half the song is hers, actually … and then …
Wow.
Wow.
She has to pause while she breathes the melody in for a minute. It’s good. Better than her original. Annoyingly good …
Who wrote this??
There’s no-one around to sing the male part, but she can hear it in her head. It’s perfect. It’s like a professional has picked up her amateurish scribblings and worked magic on them, and that’s both sort of brilliant and sort of sad …
I also wanted to say, you have a beautiful voice.
Yeah. Really?
Believe that and you could be a star one day.
She so could not be a star. Let’s face reality!
If you want to get in touch …
Um … with a random stranger? But the song works. It more than works. It works in a way that makes her think for a second that she could almost be on the brink of something real. But honestly, writing a song—even a good one—is one thing. Performing it? She’s always wanted to compose, but she’s never really wanted the spotlight. Or, maybe if she’s truly honest, she has, but she’s always been terrified of it. 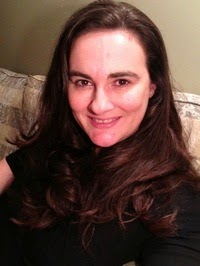 About the Author
Emma Grey has two teenage girls, a three-year-old boy, a couple of businesses and another teen novel in the pipeline. Her first book, 'Wits' End Before Breakfast! Confessions of a Working Mum' was published in 2005.