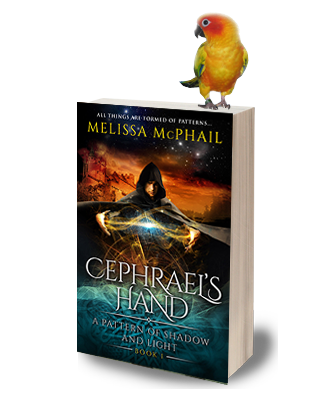 About the Book - About the Author -

About the book: "All things are composed of patterns..." And within the pattern of the realm of Alorin, three strands must cross: In Alorin... three hundred years after the genocidal Adept Wars, the realm is dying, and the blessed Adept race dies with it. One man holds the secret to reverting this decline: Bjorn van Gelderan, a dangerous and enigmatic man whose shocking betrayal three centuries past earned him a traitor's brand. It is the Adept Vestal Raine D'Lacourte's mission to learn what Bjorn knows in the hope of salvaging his race. But first he'll have to find him. In the kingdom of Dannym... the young Prince Ean val Lorian faces a tenuous future as the last living heir to the coveted Eagle Throne. When his blood-brother is slain during a failed assassination, Ean embarks on a desperate hunt for the man responsible. Yet his advisors have their own agendas, and his quest for vengeance leads him ever deeper into a sinuous plot masterminded by a mysterious and powerful man, the one they call First Lord. In the Nadori desert...tormented by the missing pieces of his life, a soldier named Trell heads off to uncover the truth of his shadowed past. But when disaster places him in the debt of Wildlings sworn to the First Lord, Trell begins to suspect a deadlier, darker secret motivating them. Honor-bound to serve the First Lord in return for his life, Trell continues on his appointed path, yet each day unveils new and stranger secrets that eventually call into question everything he knows. Get Cephrael’s Hand through Amazon or Barnes & Noble. 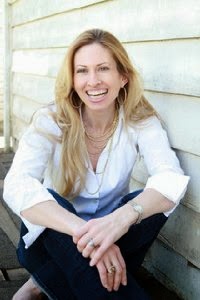 About the author: Melissa McPhail is a classically trained pianist, violinist and composer, a Vinyasa yoga instructor, and an avid Fantasy reader. She lives in the Pacific Northwest with her husband, their twin daughters and two very large cats.
Connect with Melissa on her website, Facebook, Twitter,or GoodReads.

I just finished reading "Cephrael's Hand" and I really enjoyed it. This book is full of suspense, great characters and magic. This is Book One in the series, A Pattern of Shadow & Light. My question is how long is it going to take me to get the next in the series because I want to read it now.  This is a fantasy novel that should not be missed by anyone who likes this kind of story.  I give this book a 5/5.  I was given this book for the purpose of a review and all opinions are my own. a Rafflecopter giveaway
Posted by 3 Partners in Shopping at 1:29 AM