Seven years ago, he broke her heart. This time, the tables are turned!


Chelsea Schumacher always knew this day would come. Sooner or later, she would have to face Justin Jacobs, the guy who broke her heart when she was just seventeen years old. With his brother about to marry her best friend, that day is finally here. It’s been seven years since she last saw Justin, but time has done nothing to dull the pain of his rejection. If anything, the ache has grown worse. Determined not to let him have any power over her, and more determined not to ruin her best friend’s wedding, Chelsea makes her own vow. Things will be different this time. Or will they? 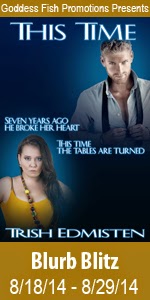 Their group was too large to fit into a booth at the restaurant so the hostess sat them at a round table. Chelsea’s stomach turned a little when Darren pulled Danni’s chair out for her before taking the seat next to her. Seven years obviously hadn’t done anything to diminish his devotion to her. As happy as she was for her best friend, she was again envious. Why couldn’t she find a man who would gaze down at her with such tenderness as he pulled her chair out for her?


From where they sat, Chelsea could see into the bar where the dance floor was. Music was playing, but only a few couples were dancing.


Chelsea tore her eyes from the dance floor and sucked in her breath as she turned to face Justin. How the hell did he end up sitting next to her?


His confident grin grated on her nerves. Just because other women had fallen victim to his intoxicating masculinity and overpowering sexiness didn’t mean she was going to do the same.


Justin leaned forward. “How can it be the end when we haven’t had the beginning?” 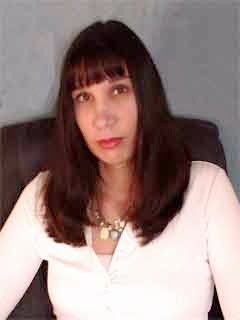 
Trish Edmisten is the author of several novels, including Extraordinary Will, a Reader View’s award winner in the contemporary romance category. Her work has appeared in Writer’s Journal, A Long Story Short and Creative with Words. Besides being an author, she holds a degree in criminology. Trish lives in Fresno, California with her husband and two daughters. To learn more about Trish, visit her website www.trishedmisten.com


Purchasing Links for This Time:

Trish be awarding a $25 Amazon or BN GC to a randomly drawn winner via rafflecopter during the tour.


: a Rafflecopter giveaway
Posted by 3 Partners in Shopping at 12:31 AM