Pepped Up & All Pepped Up by Ali Dean

Title(s): Pepped Up & All Pepped Up 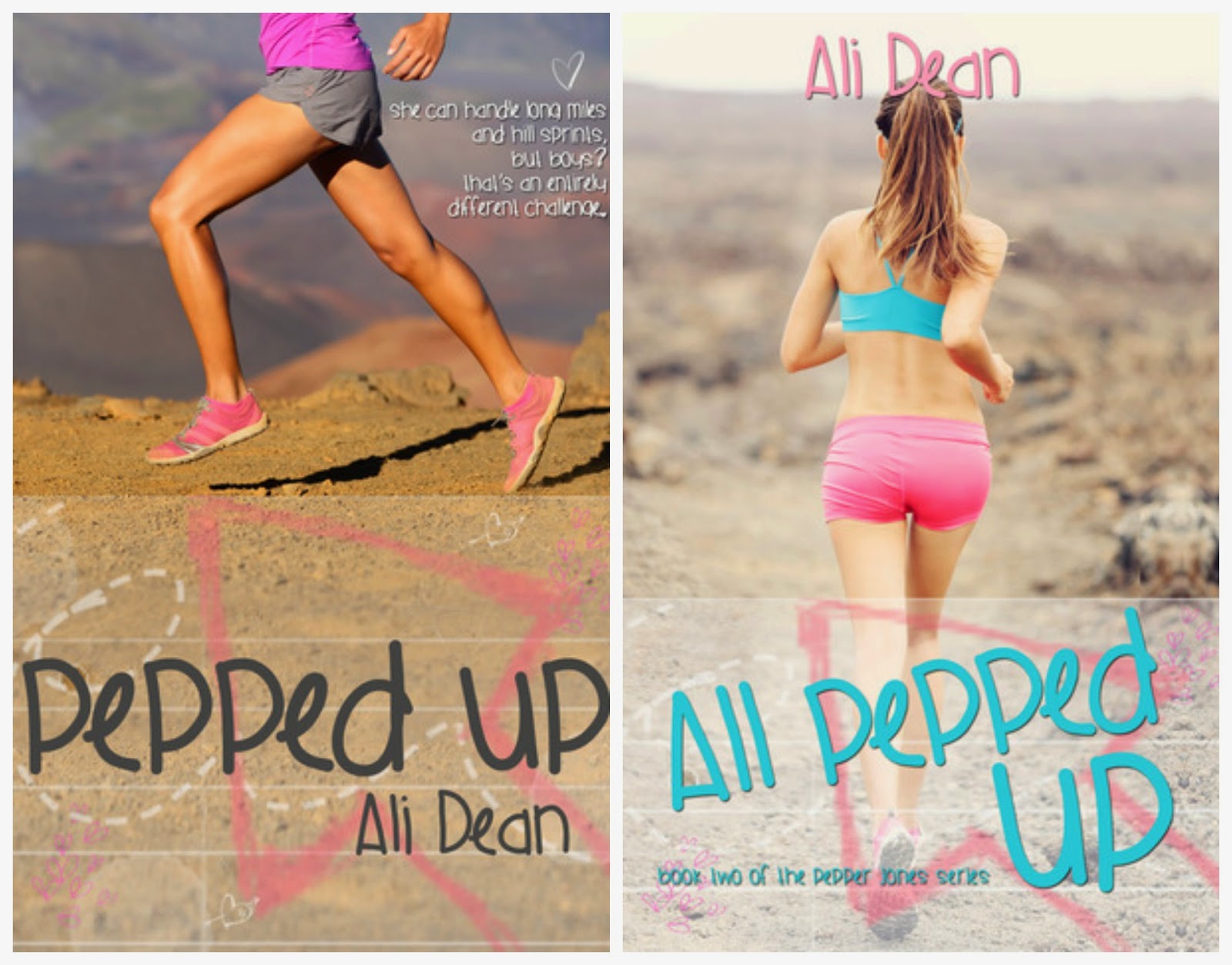 Pepper Jones is ready for an epic cross country season. She wants to qualify for Nationals, and she’s
willing to do anything it takes to make it happen. She can handle long miles and hill sprints, but boys?
That’s an entirely different challenge.

Pepper’s never considered revealing her deeper feelings for her longtime friend, Jace Wilder. After all,
he’s got the personal magnetism and good looks to hook just about any girl in town -- and he has.

Their friendship stands apart from high school social circles, and they’re both just fine with that (or at least they pretend to be).

When it comes to running, Pepper’s goals are clear.

But when it comes to Jace and Ryan, it’s nowhere near as simple.

ABOUT ALL PEPPED UP:

But she didn’t predict just how many complications would arise from his past. Jealous girls?
That she expected. Family secrets? Not so much.

At least Pepper can always hit the trails to clear her head… except when it comes to racing.

The high expectations from her phenomenal cross country season haunt her, and she can’t seem to get
psyched up for track season.

Pepper’s junior year at Brockton Public is full of challenges on and off the track, but she’s not afraid to face them.

EXCERPT FROM PEPPED UP:

Zoe offers me a ride home, but Ryan jumps in, saying I’m on his way. I watch him discreetly for a moment in the car. His forehead is damp with sweat from dancing, and his blue eyes look soft and sleepy from the long day. When he glances at me, and smiles, showing off those adorable dimples, he looks so happy. And it all seems so simple with him.
He likes me. I like him.
If it wasn’t for Jace, there would be no question at all what direction things should go with Ryan and me. And what’s stopping me now?

Ali Dean lives in Colorado with her husband, twin babies, and golden retriever. In addition to reading and writing, she loves the outdoors- everything from marathon training and biking to snowboarding and skiing.

WHERE TO FIND HER:

a Rafflecopter giveaway
Posted by vicjbr at 12:41 AM