The Gladiator’s Bride
by Nhys Glover

Crippled by shyness, shunned for being not-right-in-the-head, gifted artist and Roman noblewoman, Marcia Mica, has only two people in the world who truly love her – her teacher, Daedalus, and her childhood friend, Asterion, both slaves in her father’s household. But when forbidden love blooms between the unlikely friends, only disaster can come of it. That disaster leaves Marcia horribly scarred and Asterion sold into the arena as a gladiator.

Years later, Daedalus brings a broken Marcia to Britannia, and Sabrina, the healer who saved his life when he was a boy, works miracles on the scarred girl. However, not all scars are physical and those Sabrina has no ability to heal.

When Sabrina and Marcia are kidnapped by a Celtic leader bent on revenge, Asterion must depend on the dreams of a Celtic Seer to find the love of his life and help foil a revolt that threatens the fragile peace in Roman Britannia. But even if he and his friends succeed, can scars that are more than just physical ever really be healed and can those whose lives are owned by others ever truly be free to follow their hearts? 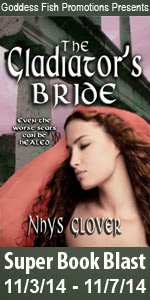 She launched herself at him so fast that he again dropped the sack of flour. Her tightly closed lips butted against his in a fiercely innocent kiss. It smashed her teeth into his, cutting his lip, and it felt nothing like the soft, seductive caresses the Widow gave him.

But it was like putting a naked flame to tinder. Like a lightning strike to a tree. The very fact that her lips were sealed to his blew every thought from his head and brought him to instant, painful attention. Blood pounded in his ears, his legs grew weak. Air evaporated from his lungs.

Fighting for control, he pushed her away. ‘What are you doing? Stop!’

He grabbed her by the shoulders and shook her in fury. His head felt ready to explode.

‘I need more than kisses! Don’t you get it? We aren’t children anymore. And I need more than friendship and kisses. And you can’t give me what I need. You’re the little mistress and I’m the slave. 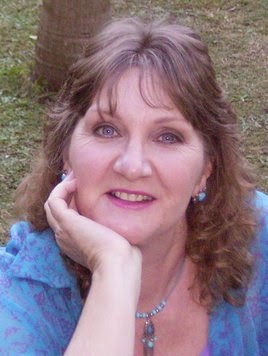 After a lifetime of teaching others to appreciate the written word, Aussie author Nhys Glover finally decided to make the most of the Indie Book Revolution to get her own written word out to the world. Now, with almost 100,000 of her ebooks downloaded internationally and a winner of 2013 SFR Galaxy Award for 'The Titan Drowns', Nhys finds her words, too, are being appreciated.

At home in the beautiful Yorkshire Dales of England, Nhys these days spends most of her time "living the dream" by looking out over the moors as she writes the kind of novels she loves to read: The ones that are a little bit steamy, a little bit different and wholly romantic.