This post is part of a cover reveal for the re-release of Christine Manzari's DEVIATION. One randomly drawn winner will be awarded a $25 Amazon/BN gift card. Click on the tour banner to see the other stops on the tour.

Being a Sophisticate of the Program seems like it’d be a pretty sweet deal: a little genetic alteration and anyone can be smarter, faster, and stronger. It’s a dream come true. All you have to give up is your freedom.

Cleo is a Sophisticate and she has a bright future in the Program. But she has a secret. When she gets upset, bad things happen. Explosive things. Things she can’t control.

When her secret is discovered, she’s sent to the Academy to train in the military branch of the Program. She’s destined to be a human weapon in the war that’s been going on since Wormwood occurred nearly 30 years ago. She soon learns that although her ability is unique, there are others like her — other Sophisticates with lethal skills and odd code names like Archerfish and Mimic Octopus.

Immersed in a dangerous game of supernatural powers and dubious motives, Cleo doesn’t know who to trust. Ozzy, the annoyingly attractive cadet who has perfect aim in weapons class and deviant lips behind closed doors, begs her not to use her powers. He’s the golden boy of the Program, but can she trust him? Or will she find herself a target, caught in his crosshairs?

We stood quietly, looking at the monument.

“All right then. Had enough?” Sterling asked. “Time to get back to the stadium before Farnsworth comes to.” “Are you kidding?” Arabella grabbed our hands, dragging us through the cemetery and around the back of the building. The light was starting to fade as the sky began to morph from pinks and oranges into deep purples. “Don’t you want to see his original burial spot?”

“I didn’t really want to see his current burial spot. I just wanted your player’s card,” Sterling admitted as she dragged him along.

We wove in and out of the ancient grave sites, making our way down a worn path, under trees, and to the back corner of the graveyard which was cloaked in too many shadows for my comfort. Soon, we were standing in front of a traditional looking headstone with a carving of a raven underneath words that said “Quoth the Raven Nevermore.”

Arabella stood there for what seemed like an eternity, staring at the tombstone that wasn’t even the current resting spot of the poet anymore.

“He was an orphan, just like us,” Arabella murmured.

Arabella tore her gaze from the raven. “It’s kind of a mystery. He was found on the streets of Baltimore, delirious and in distress. He kept calling out the name Reynolds and the last words he spoke were, ‘Lord, help my poor soul.’ All of the medical documents have been lost. Some theorists think it was murder, some suicide, some cooping.”

“What on earth is cooping?” Sterling asked, kicking at a pile of leaves at the base of the headstone.

Arabella turned to face Sterling. “Hard to explain, you’ll have to look it up. But for the sake of simplicity, let’s just say he was forced to do something he didn’t want to do.” Arabella turned back to the tombstone. “Just like us.”

“That’s all very fascinating, but I’m afraid story time is over,” spoke a deep, strange voice.

I whipped around just in time to see half a dozen large men emerge from the shadows. Before I could even think about struggling, one of the men had caught me in a tight grip and another was putting something across my nose and mouth. I kicked out blindly, bucking in the strong grip of the man holding me. As a sickly, sweet, cloying scent filled my mouth and nostrils, Poe’s words echoed in my thoughts. Lord, help my poor soul.

And then everything went black. 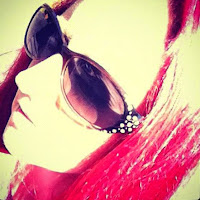 The first thing Christine does when she's getting ready to read a book is to crack the spine in at least five places. She wholeheartedly believes there is no place as comfy as the pages of a well-worn book. She's addicted to buying books, reading books, and writing books. Books, books, books. She also has a weakness for adventure, inappropriate humor, and coke (the caffeine-laden bubbly kind). Christine is from Forest Hill, Maryland where she lives with her husband, three kids, and her library of ugly spine books.

Buy the book at Amazon, Smashwords, or Smashwords.