We pull into the train station and step out of the car. Father takes my luggage. We walk to platform two. The cold bites down into the space between the collar of my coat and my neck, and I pull it around me tighter. Underneath my coat the weight of the Arthur’s Round badge over my chest reminds me where I’m going. A few days ago, a package from Camelot arrived. Along with a giant stack of contracts to sign, it contained several sets of the wardrobe I must wear every day: charcoal blazer, skirt, a dark red tie—the official Pendragon color—and a circular, golden brooch. The sun bounced off the edges of the brooch. The letter A in the center shone, and around the A were little designs of ivy and flowers. Last night, I held it in my hand until I went to bed and couldn’t stop staring at it. Every time I got my fingerprint on the surface, I would take it to the sink to wash it and make the badge sparkle like new again.


I take a breath and shiver. “I still can’t believe they picked me.”


Father, who is turned away from me, looks down the track, waiting for the train to come. “Maybe they can’t deny talent. At the end of the day, Camelot wants powerful people to join their forces. In their minds, it’s better you work for them than…” He trails off.


All that matters to me is that Camelot saw my potential. I smile as fire energy rushes through my veins. I take my hands out of my pockets and cup them both together. A glow appears between the spaces of my fingers—a small fire. Warmth spreads through my cold skin, slowly making its way into my freezing bones.


Next to me, a kid is holding on to his mother’s hand. He points at me and whispers to his mother, “Look, Mother. That girl is a fire user.” The mom ignores him.


Inspired by one of the greatest legends of all time…


Modern-day Camelot. Where knights no longer carry swords. Magic is dangerous. And those who seek control are not to be trusted. 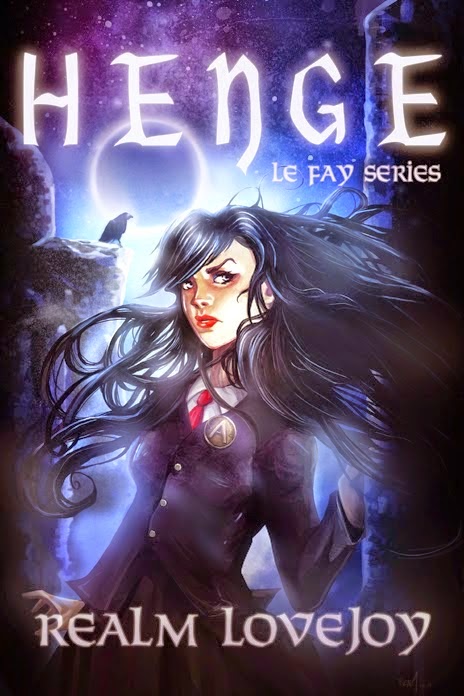 Sixteen-year-old Morgan le Fay is a fire user. An ordinary girl with an extraordinary skill, she has the ability to create and command fire at will. Her dream is to become the Maven—the right hand of the future King Arthur. In the chance of a lifetime, Morgan is selected to join Arthur’s Round, an elite group of young magic users from which the new Maven will be chosen.


Along with the other fire, water, and wind users in Arthur’s Round, Morgan is rigorously trained and tested. The handsome Merlin, a brilliant water user, takes a particular interest in her. Is his friendship to be trusted, or is Merlin simply trying to win the position of Maven for himself? Among the many rivals Morgan faces is the current Maven, Mordred, who seems determined to see her fail.


But Morgan has a secret—years ago, her mother was executed for using fire magic, and Morgan’s desire for justice makes her more than ready to take on the challenge before her. Can she prevail in Camelot’s tests of survival and magic? Only time—and Morgan’s powerful fire—will tell.


Realm Lovejoy’s modern Arthurian series features one of literature’s most complicated and powerful female figures. Henge is the first book in the LE FAY series, and—like Morgan le Fay’s magic—it is sure to dazzle and amaze.

Realm Lovejoy is an American writer and an artist. She grew up in both Washington State and the Japanese Alps of Nagano, Japan.


Currently, she lives in Seattle and works as an artist in the video game industry.


CLAN is her first book. You can find out more about her and her book at www.realmlovejoy.com


a Rafflecoptergiveaway
Posted by 3 Partners in Shopping at 12:06 AM