The 13th Descent by Ky Lehman Blog Tour and Giveaway


One Choice Can Make an Immortal Human


But What Choices Need to Be Made to Go Back Again?


"This book packed so much, it’s almost impossible to summarize in a few centuries. Ren is pretty awesome. Despite all the weird things she hears, and everything that’s going on, she manages to keep her head above water and to bravely shoulder it all. The romance storyline was interesting too, and it added an extra dimension to the book.


Like I mentioned, it’s tough to describe how cool this book is. The writing is fun, the characters are amazing, the plot has so many twists and turns I barely could keep up with it, and overall, it’s a blast to read. Highly recommended to all fans of paranormal romance." ~ I'm an Eclectic Reader 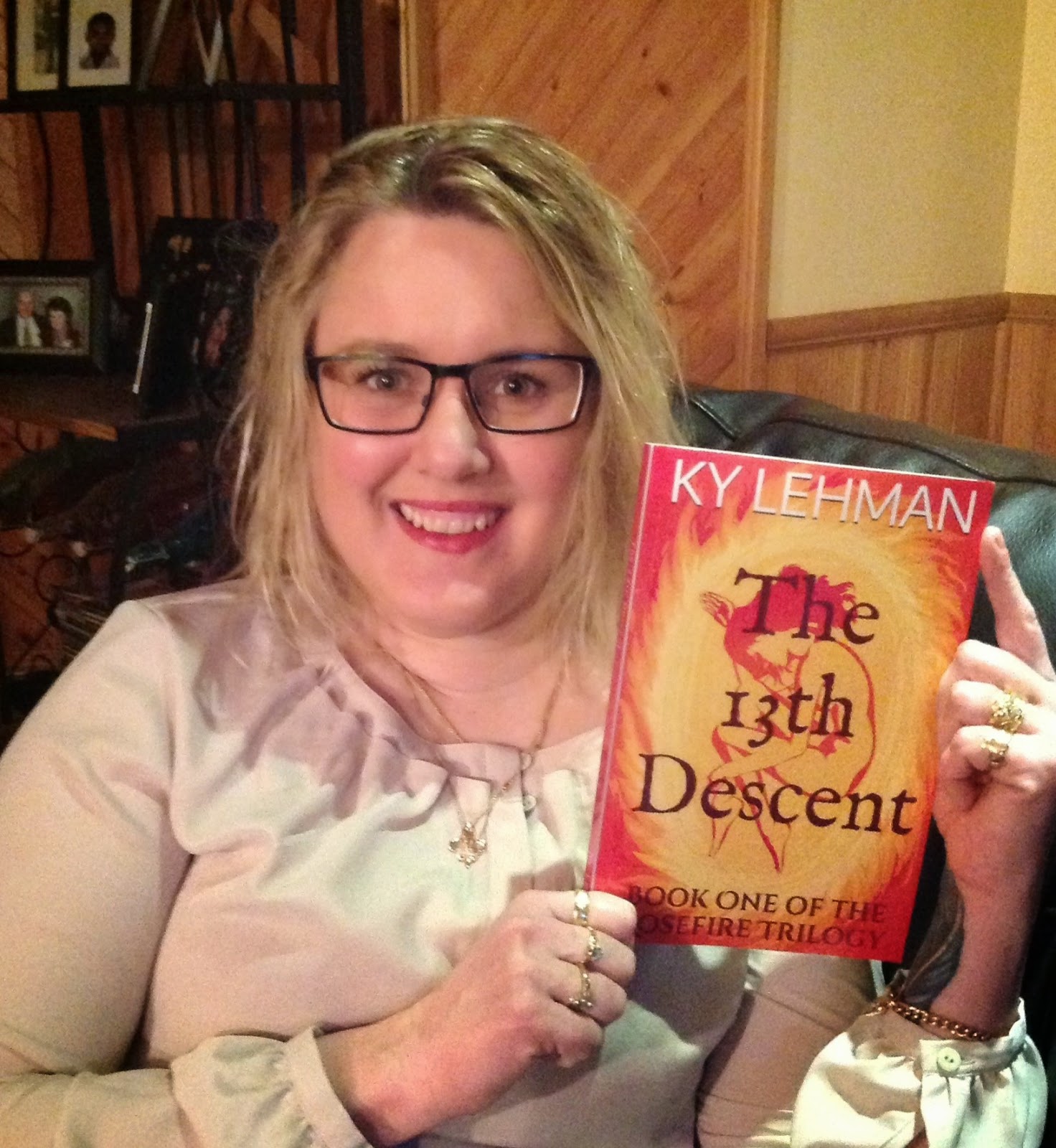 
Ky Lehman is a novelist, a children's author, a teacher of swimming and water safety, wife to her high school sweetheart and the proud mother of their three very tall sons. She lives in the Yarra Ranges, Victoria, Australia with her husband and their children where she is currently writing the second book in The Rosefire Trilogy, The 13th Rising.