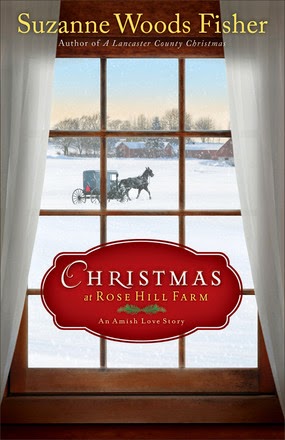 Join bestselling, award-winning author Suzanne Woods Fisher for an Amish Christmas to remember.
Billy Lapp is far away from his Amish roots working as a rose rustler for Penn State and wants nothing to do with Stoney Ridge. And that suits Bess Riehl just fine. Why should she think twice about a man who left without a word of explanation? It's time she moved on with her life, and that meant saying yes when Billy's cousin Amos proposed--for the third time--and beginning to plan for her Christmas wedding.

When a "lost" rose is discovered in a forgotten corner of the greenhouse at Rose Hill Farm, Billy is sent to track down its origins. His plan is to get in, identify the rose, and get out. The only catch is that he's having a hard time narrowing down the identity of the lost rose--and he can't get Bess Riehl out of his mind.

As the history of the lost rose is pieced together, it reminds Bess and Billy--and Amos too--that Christmas truly is the season of miracles.

Suzanne Woods Fisher is the bestselling author of the Lancaster County Secrets series, the Stoney Ridge Seasons series, and The Inn at Eagle Hill series, as well as nonfiction books about the Amish, including Amish Peace. She is also the coauthor of an Amish children's series, The Adventures of Lily Lapp. Suzanne is a Carol Award winner for The Search, a Carol Award finalist for The Choice, and a Christy Award finalist for The Waiting. She is also a columnist for Christian Post and Cooking & Such magazines. She lives in California. Learn more at www.suzannewoodsfisher.com and follow Suzanne on Twitter @suzannewfisher.